That’s what artist Rebecca Campbell is exploring in the exhibition Rebecca Campbell: The Potato Eaters, which opened at the BYU Museum of Art on September 30. Themes of nostalgia, family history and memory are on display through masterful paintings and installations.

California-based artist Rebecca Campbell was born and raised in Salt Lake City, the daughter of parents of Idaho potato farmer stock. The title of her exhibition is homage to her heritage and to a painting of the same name by Vincent van Gogh. Van Gogh described the admiration he had of the people who grew and ate their own food—he admired the humility and simplicity of it. Campbell’s work revolves around that notion of self-reliance and self-preservation both physically and emotionally in these artworks.

The self-reliance theme is especially apparent in the three installations: jars of canned peaches stacked on top of one another forming a cube, over 200 jars of Windex and a pile of potatoes at the end of a rainbow. Each causes the viewer to reflect on preserving and on what we preserve, both physically and within our own memories.

Curator Kenneth Hartvigsen noted, “Campbell is an intelligent and thought-provoking contemporary artist who is breathing new life into subjects often ignored in contemporary art discourse, such as nostalgia and family. Her work avoids being overly sentimental but she’s not afraid to elicit an emotional response through the use of family-life narratives.”

In an interview given at the BYU Museum of Art, Campbell noted that as people visited the exhibition, she hoped they would “experience the exuberance, joy, warmth and beauty of life and nostalgia, while also experiencing some of the sadness and the fear that comes from examining your own family memories.”

A celebration of the exhibition is happening on Friday, October 21 at an “Art after Dark” event at the MOA from 7–10 p.m. The event gives attendees the chance to mingle with Rebecca Campbell, as she will be in the gallery and will say a few words at the event. Along with the opportunity to the meet the artist, the event will feature live music performances from Oskar & Julia, a “Sauce Rock” duo from Salt Lake City. And if that wasn’t enough, every Art after Dark event includes in-gallery activities, which are perfect for dates, families or friend groups.

As always, the event is free and open to everyone.

Rebecca Campbell: The Potato Eaters is open through February 18, 2017. 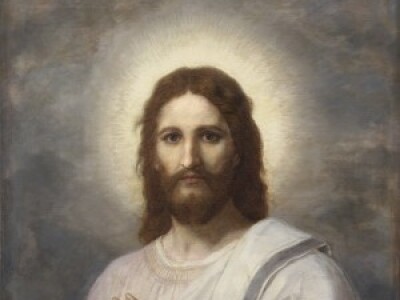