The most recorded mezzo-soprano of all time, Jennifer Larmore, will appear in recital at Brigham Young University Wednesday, Feb. 11, at 7:30 p.m. in the de Jong Concert Hall, Harris Fine Arts Center.

Larmore will also teach a master class Thursday, Feb. 12, at 5:30 p.m. in the Madsen Recital Hall. The event is free and the public is welcome.

Known for her “voice of astonishing flexibility, range and color,” according to the Chicago Sun-Times, Larmore has performed roles ranging from Baroque coloratura to Wagner, including more than 500 performances as Rosina in “The Barber of Seville.”

The evening’s program will include works from Mozart’s “The Marriage of Figaro,” Rossini’s “Cinderella” and Bizet’s “Carmen.”

Larmore was part of the 2007 Grammy award-winning cast of Humperdinck’s “Hansel and Gretel.” Her solo recordings have earned five Grammy nominations.

She will be assisted by pianist Antoine Palloc, with whom she has collaborated since 1995. Specializing in vocal accompaniment, Palloc has appeared extensively in Europe, Asia and the Americas as clinician to opera universities and professional opera companies as well as accompanist to Frederica Von Stade, Bruce Ford and Alastair Miles, among others.

The concert will be broadcast live on Classical 89, KBYU-FM 89.1, and online at classical89.org. 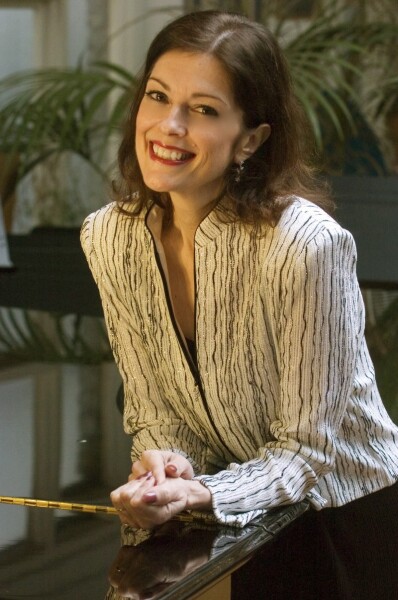 2 of 2
s-larmore.jpg
Associated Press
1 of 2
Download this Gallery By clicking this link you agree to our Terms & Conditions
Related Articles
data-content-type="article"