Lab on a chip designed to minimize preterm births

In the United States alone, a half million babies are born preterm annually; worldwide, the number is an estimated 15 million. Complications associated with preterm birth are the no. 1 cause of death for children under 5, and those who live often face a range of health problems.

But with help from a palm-sized plastic rectangle with a few pinholes in it, BYU researchers are hoping to minimize the problem of premature deliveries. The small chip — integrated microfluidic device if you speak chemistry — is designed to predict, with up to 90 percent accuracy, a woman’s risk for a future preterm birth.

“It’s like we’re shrinking a whole laboratory and fitting it into one small microchip,” said BYU chemistry Ph.D. student Mukul Sonker, who is the lead author of a study recently published in Electrophoresis and funded in part by the National Institutes of Health.

The goal for the device is to take a finger-prick’s worth of blood and measure a panel of nine identified preterm birth biomarkers — essentially biological flags that can tip people off to diseases or other conditions. There aren’t any current biomarker-based diagnostics for preterm births, and doctors typically only keep tabs on women who have other clear risk factors.

For the most part, “the symptom of preterm labor is a woman goes into labor, and at that point you’re managing the outcome instead of trying to prepare for it,” said Adam Woolley, BYU chemistry professor and study co-author.

With their oldest child, Woolley’s wife began having contractions early in her third trimester. With the help of hospital intervention, eventually her contractions stopped and she was able to carry their son full term. “Ours was only a glimpse into the potential problems of a preterm birth, but it is still really satisfying to know that the research my students and I are doing now could help others in some way with this important medical issue.”

There’s still work to be done at the front end of the process, but for this study, Sonker and Woolley, along with BYU post-docs Radim Knob and Vishal Sahore, created the chip and a system for preconcentrating and separating biomarkers on it. That’s important, explained Sonker, “because when you look at these proteins and peptides, they’re present in such a trace amount, but if you preconcentrate them on the chip, you can get enough of a signal for prediction.”

Among other benefits, the device is cheap, small and fast: once fully developed, said Woolley, “it will help make detecting biomarkers a simple, automated task.”

Some peg the annual costs associated with preterm birth just in the United States at close to $30 billion, so one clear perk of such a screening tool, said Woolley, is economic. More significantly, he added, “there are a lot of preterm babies who don’t survive: if we could get them to survive and thrive, it would be a huge gain to society.”

Lab on a chip designed to minimize preterm births 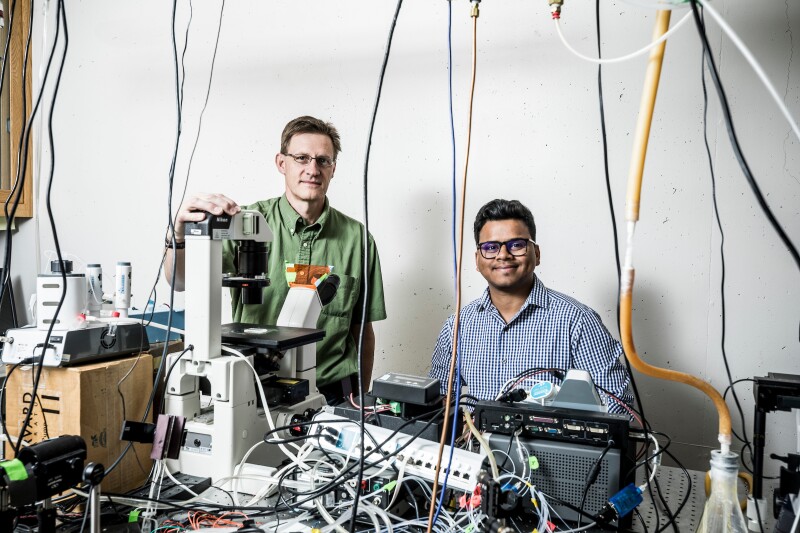 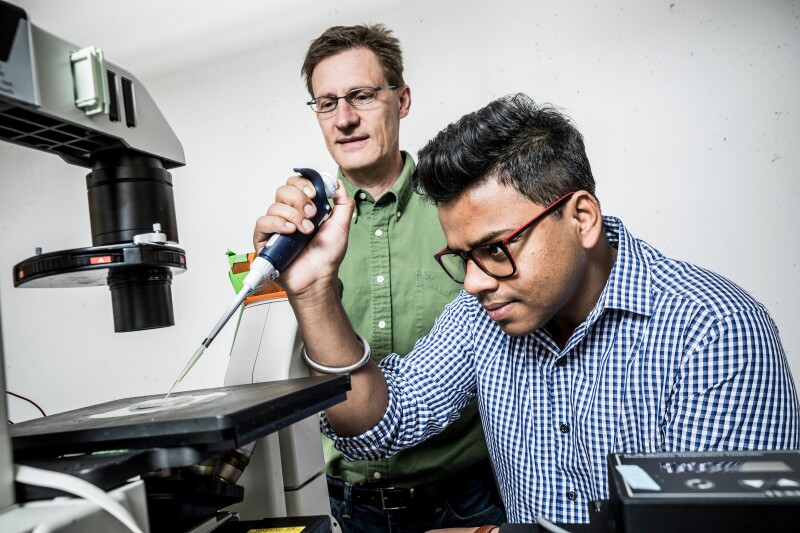 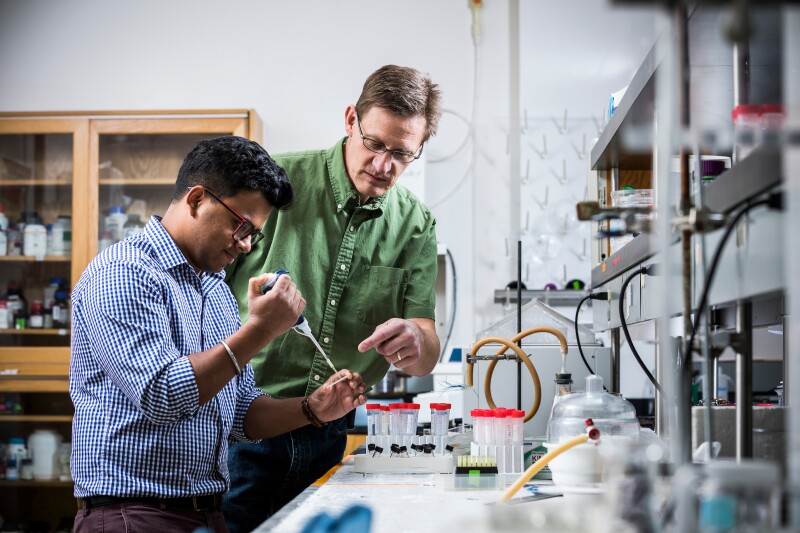