The concert will feature jazz standards and holiday favorites

The BYU Jazz Ensemble will kick off BYU’s season of Christmas concerts with “Just Around the Corner” on Nov. 28 in the de Jong Concert Hall.

“Music for this concert was specifically chosen to set the tone for the end-of-semester holiday concert season because it is the first concert after Thanksgiving break,” said Mark Ammons, assistant director of the School of Music and director of the Jazz Ensemble.

The main attraction of the evening will be Duke Ellington’s arrangement of “The Nutcracker Suite.” The nine movements feature jazzy twists on the familiar Tchaikovsky score.

“This is something you'd hear at the Lincoln Center in New York,” said saxophonist Trent Reimschussel. “It is fantastic music. One great thing is that the whole saxophone section will be featured playing other instruments such as the flute, alto flute, clarinet and bass clarinet.”

Other selections will include holiday favorites like “The Christmas Song,” “Let It Snow!” and others. The rest of the program will consist of some of the most rousing and recognizable tunes in the repertoire such as “Sing, Sing, Sing” and “Orange Colored Sky.”

“The repertoire for this concert will be very entertaining for the audience and also really stretches the band’s abilities,” Ammons said. “I am very excited about the concert because the band is playing great. This is going to be a fun concert to hear and a great one to perform.” 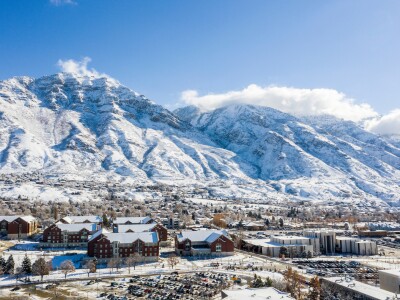