How to know if a new nonprofit will succeed or struggle

Starting a nonprofit is relatively easy and inexpensive in the United States. It’s so easy, in fact, that the number of new registered public charities grew more than 28 percent between 2005 and 2015.

The increasing numbers have led more and more policy makers, management researchers and journalists to ask:

A new study coauthored by BYU public management professor Robert Christensen discovers the answer, but it is a bit nuanced: it’s all about the market.  New nonprofits can still thrive, but they need to be started under the right market conditions.
Published in Nonprofit and Voluntary Sector Quarterly, the study uses nation-wide data where each county is considered as a “market” for nonprofits. The study finds that when resources are fairly evenly spread across existing nonprofits in a certain market, starting a new nonprofit there can hurt the financial health of other nonprofits in that market. However, if the resources in a market are dominated by one or two larger nonprofits, adding another nonprofit does not financially strain the other nonprofits in that market.

The question of whether there are too many nonprofits “is not as black and white, as many believe it to be,” Christensen said. “People wanting to start a nonprofit should learn their market before they start. In some cases there is room; in some cases, you may want to rethink it.”

It’s a message MPA students have heard for a long time: before you go out and start another nonprofit, learn about the ones already there.

Christensen and authors at the University of Georgia and Texas A&M looked at data from 300,000 nonprofits across the U.S., each of which had at least $50,000 in annual revenue. Aiming to analyze the effects of county-level market structure on nonprofit financial performance, the team used data from the Core Financial Files from the National Center for Charitable Statistics to build market profiles for 3,141 counties across the country.

Those market profiles included nonprofit density — how many nonprofits there are per 1,000 people in each county — and the degree to which resources were evenly distributed across nonprofits in the county (calculated by using something called the Blau index). The researchers also calculated the months of spending each nonprofit had, or how long each organization could continue to operate in the absence of new income.

They found increasing the density of nonprofits had a positive effect in less competitive markets, whereas density had a negative effect on fiscal health in markets that are more competitive.

“We're neither trying to encourage nor discourage nonprofits from starting, but we are providing some useful information for them that is hopefully appropriately nuanced," Christensen said. “Knowing how many nonprofits a county-market can carry before they can’t be sustained is vital information for people looking to start their own. Don’t just pay attention to the number and types of nonprofits in the market. Examine how evenly the resources are distributed across the nonprofits already there.”

Researchers say sites like Guidestar and Charity Navigator are great resources to begin to understand a market’s carrying capacity. 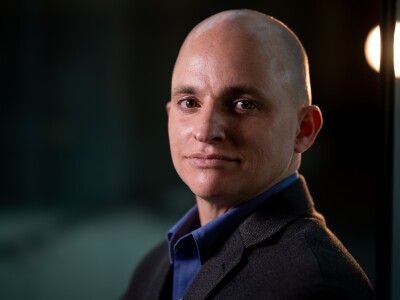