Getting to the bottom of things: BYU professor digs up Mayas' mysterious past in Guatemala City ruins

On the outskirts of Guatemala's capital, a Brigham Young University professor and his team excavate one of the city's few archaeological sites unconsumed by urban sprawl. His goals: to salvage lost excavations of the past and solve the riddle of the Mayas' little-understood connection to the ancient Mexican empire at Teotihuacán.

Standing on top of the steeply sloped Acropolis in Guatemala's Kaminaljuyú Park, a 25-acre oasis of tree-and-grass-covered hills enclosed by encroaching real estate development, a person can enjoy a spectacular, 360-degree view of the capital city and its volcano-filled horizon.

But it's at the dark bottom of one of the muddy, 30-feet-deep holes dug as part of a privileged archaeological excavation that BYU professor Stephen Houston collects the evidence he needs -- clues that will help him forge a proper historical timeline for what is believed to have been a royal center of ancient rule and culture.

Occupied by the Maya over a span of more than 2,000 years, Kaminaljuyú, Quiché for "hills of the dead," once covered most of what is today Guatemala City. Founded at the beginning of the Mayas' early preclassic period, which scientists estimate started as early as 800 B.C., the city was the location for the development of complex writing, mathematical and calendrical systems, as well as traditions in sculpture, pottery and architecture.

Today, Houston looks to answer one of the most pivotal questions in Mesoamerican archaeology -- how artifacts and an architectural style known as "talud-tablero" made their way from Teotihuacán, Mexico, some 660 miles to the northeast, to the highlands of Guatemala.

"The people at 'KJ' were completely enamored of the Teotihuacán style," said Houston, who began excavating the site in August. "It's almost like ancient Rome, where people would copy it, trying to evoke all its majesty."

Houston's work is also a race against modern "progress," as all that's left of the once great Maya civilization in Guatemala City is Kaminaljuyú Park and a few, isolated burial mounds – pyramids, long covered by thick foliage, that jut up randomly in neighborhoods and beside shopping malls.

"The area we're digging would have been filled with pyramids -- they've leveled them," said Houston wistfully. "You've now got a McDonald's where a pyramid used to be."

It's a cycle not unfamiliar to the Maya, themselves, who regularly razed their own buildings for new construction projects or covered existing ones to erect pyramids that reached even farther into the sky. Additionally, the Maya came into contact with other civilizations and "borrowed" their cultures.

The appearance of the Teotihuacán style in the buildings of Kaminaljuyú has caused other researchers to ask questions like, "Was Kaminaljuyú invaded by forces from Teotihuacán or governed by its representatives? Or did the people of Teotihuacán use Kaminaljuyú as a jade and obsidian trade route?"

To find decisive answers, Houston has collaborated with colleagues from Guatemala's Universidad del Valle, who are close to wrapping up the collection phase of a project that has yielded nearly 2 tons of newly discovered artifacts -- ceramics, sculptures and pieces of carved, stone tablets. The researchers will compare the artifacts and profiles of the pits they are digging with carbon dates and a newly created map of architecture uncovered during previous, lost excavations of the late 1950s and early 196os.

"Previous study of the site has been lost in the sense that the archaeologist who dug the Acropolis failed to keep records of any artifacts he found," said Houston, who began excavating in August after receiving special permission from the Guatemalan government to conduct the first dig in Kaminaljuyú in more than 40 years. "He knew how to dig but didn't report results. He left us without a real understanding of how the buildings he uncovered tie into the overall historical picture."

Project site director Matilde Ivic of the Universidad del Valle is excited to study the ceramics unearthed during the excavation.

"There is a lot we don't know about KJ and what the people's relations were with Teotihuacán. In the past, archaeological interest in Guatemala has been focused on lowland sites instead of highland sites," said Ivic. "The new information from the last period of KJ is crucial for understanding the Maya. The ceramics will give us clues into their identity and some idea of their relationship with other sites."

The core of Kaminaljuyú includes two large, man-made structures -- the Acropolis, a tall mound with steep sides, and the Palangana, aptly named in Spanish, since it is a rectangular "basin" surrounded by a perimeter of heaped earth. A flat, grassy field between the structures probably served as the domestic area of a royal family, said Houston.

A large portion of the Acropolis was uncovered in the late 1950s and early 1960s, leaving behind an exposed mess of confusing architecture and tangled tunnels dug to determine the size of the buildings being explored. Some of the buildings exhibit Teotihuacán's talud-tablero style, which consists of a sloping wall, the talud, leading to a flat table, the tablero, which rests on the talud and protrudes slightly from it. For a small fee, patrons to the park can crawl through the constricted tunnels using a flashlight.

Zachary Nelson, a doctoral candidate at Pennsylvania State University and a former BYU student, is working with Houston to understand the earlier excavation and create an accurate map of Kaminaljuyú.

"I enjoyed my experience at BYU. Working with world-class professors in my field was useful," said Nelson. "To continue that relationship after leaving the university has also been helpful."

Houston and Nelson's detective work has resulted in a scholarly paper to be published this month in the Spanish Society of Maya Studies' journal "Mayab" called "The Acropolis of Kaminaljuyú, Guatemala: Recovering a 'Lost Excavation.'" The article pieces together the researchers' recreation of the Acropolis’ former dig to create a better understanding of its history.

To wit, the building, which was constantly being constructed, covered and rebuilt, involved new technologies over time and distinct changes in construction materials and quality of workmanship. Early levels of the building reveal little expertise in construction techniques. That changed with the appearance of talud-tablero style buildings, which were most likely created by skilled workers, perhaps imported from Teotihuacán. Finally, late stages of construction reveal a break from the borrowed style and a return to low-quality architecture.

"For 200 years there was a lot of frenetic activity in the architecture as they changed their style," said Houston. "Then, suddenly, they are turning their backs on it. It's like some kind of deliberate statement on their part."

To piece together an even clearer picture of the past, Houston and his team dug 75 test pits throughout the park. Each pit, measuring 2 meters by 2 meters, was dug until workers reached soil untouched by human hands. As they dug, they removed and documented relics they encountered. By establishing the location of artifacts within the profile of multiple pits and comparing that information to carbon dates, Houston and his colleagues will be able to create a reliable timeline of technology and culture that the Maya enjoyed at particular times in their history.

"We are very fortunate to have secured permission to do what we're doing," said Houston. "Kaminaljuyú has essentially been destroyed by the modern city, so it's a pretty sensitive area. There's legitimate anxiety about it because there's not much else of the ancient Maya legacy in Guatemala City."

Preliminary data have already helped Houston form educated ideas about the site and the people who once inhabited it. As for explaining how their neighbors to the north exerted such an influence on the Maya of Kaminaljuyú, Houston rules out theories of invasion or a small Teotihuacán settlement. "However, it's very possible they were paying some type of lip service to an overlord in Teotihuacán."

The next step in excavating the site would be to uncover the rest of the partially exposed buildings and other mounds that have, to this point, been untouched by archaeologists' trowels. "But there's a lot of concern among the government about new excavations," said Houston. "One of the big worries is how do you preserve this stuff once you dig it up?"

In the end, Houston acknowledges the inexorable life cycle of the city -- "the Maya, themselves, covered old buildings to create new ones" -- but is determined to do what he can to understand what's left of Kaminaljuyú before it's too late.

Getting to the bottom of things: BYU professor digs up Mayas' mysterious past in Guatemala City ruins 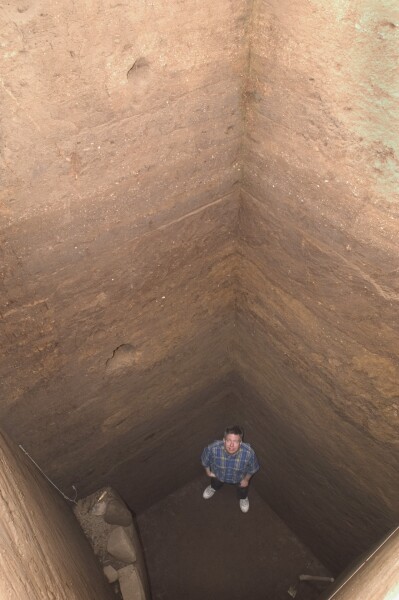 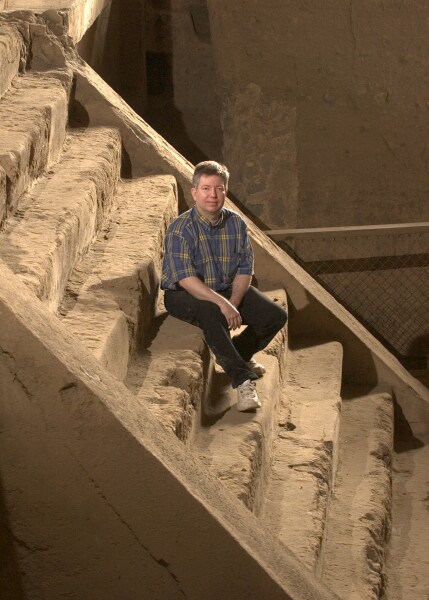 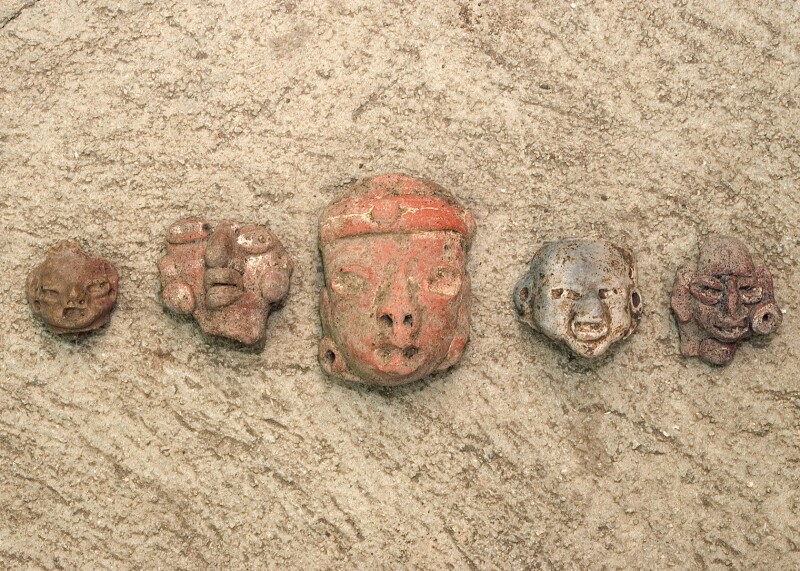 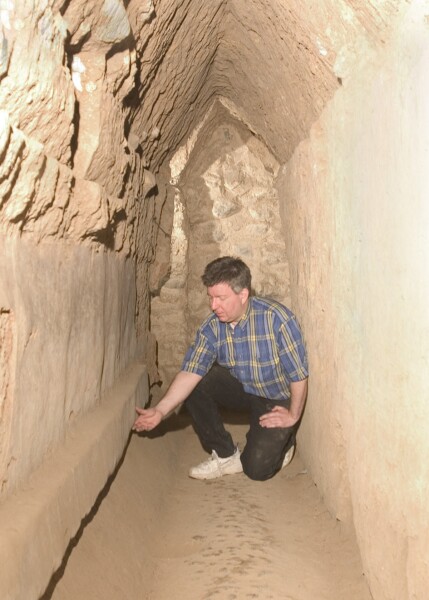 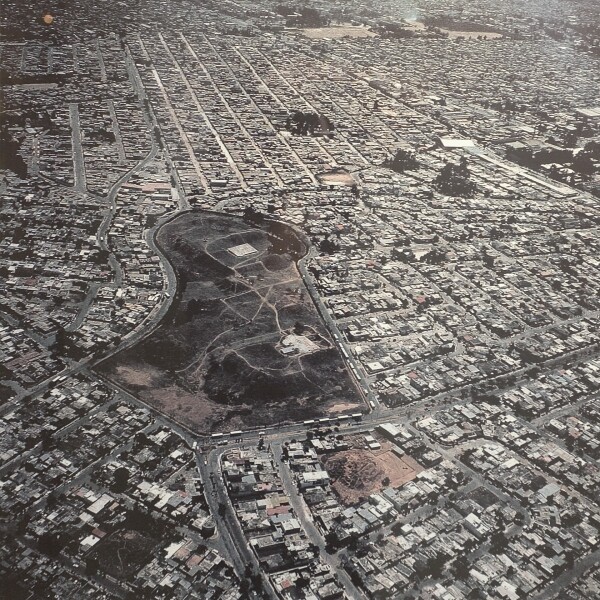 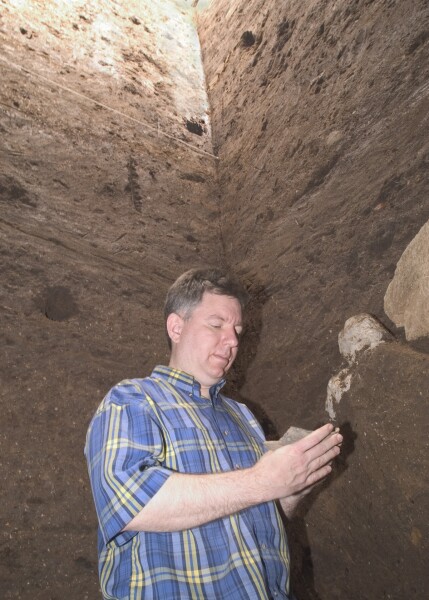 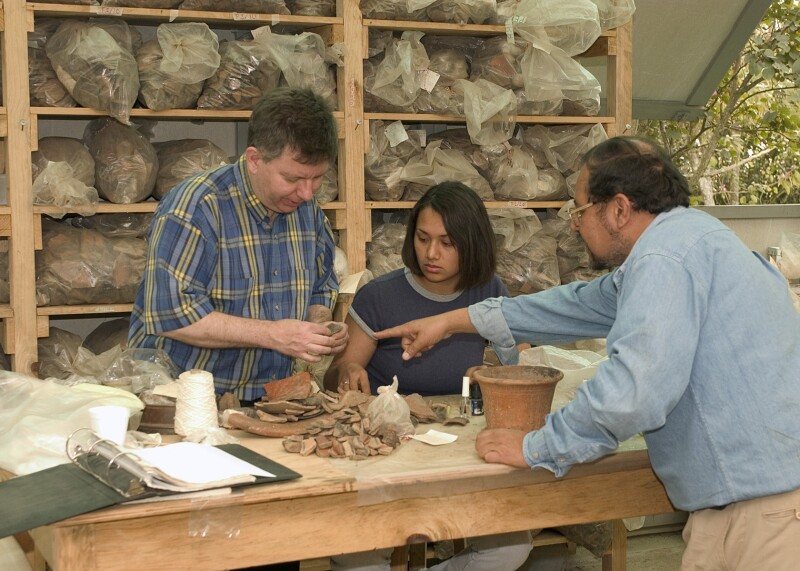 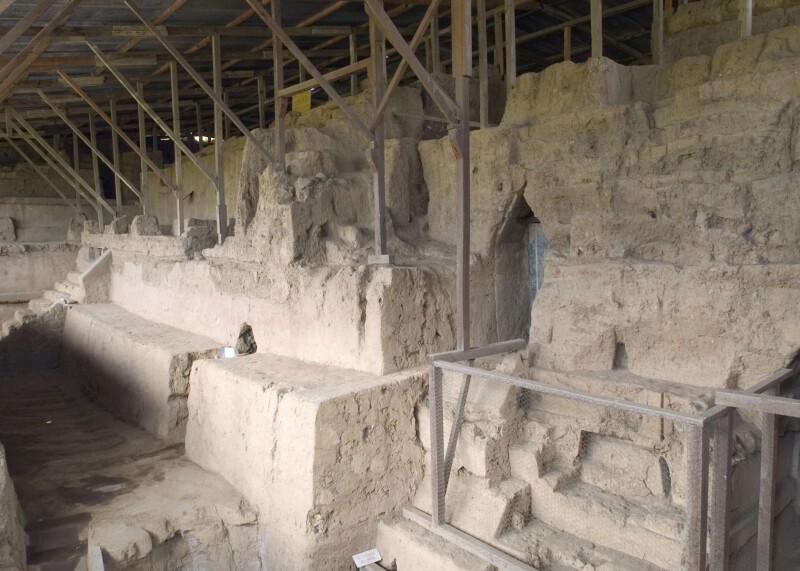 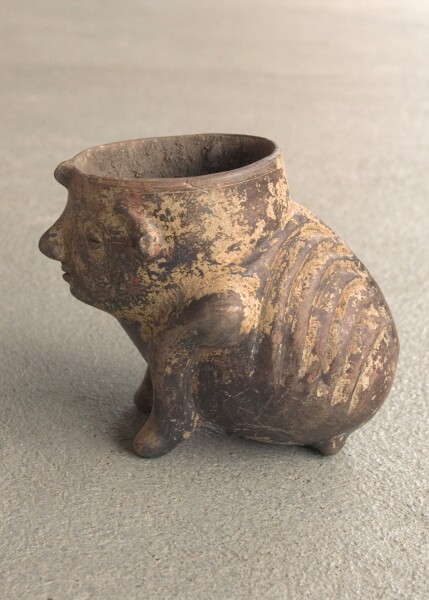 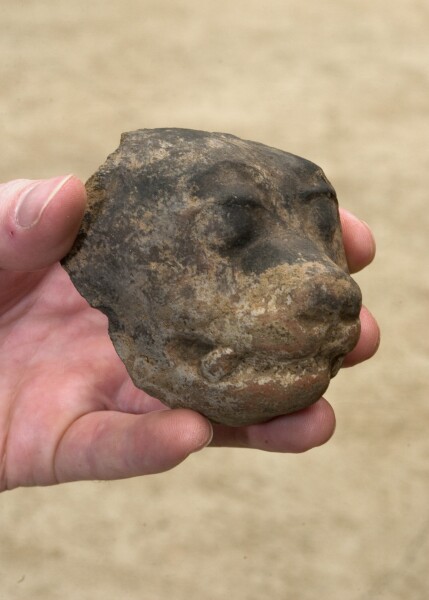 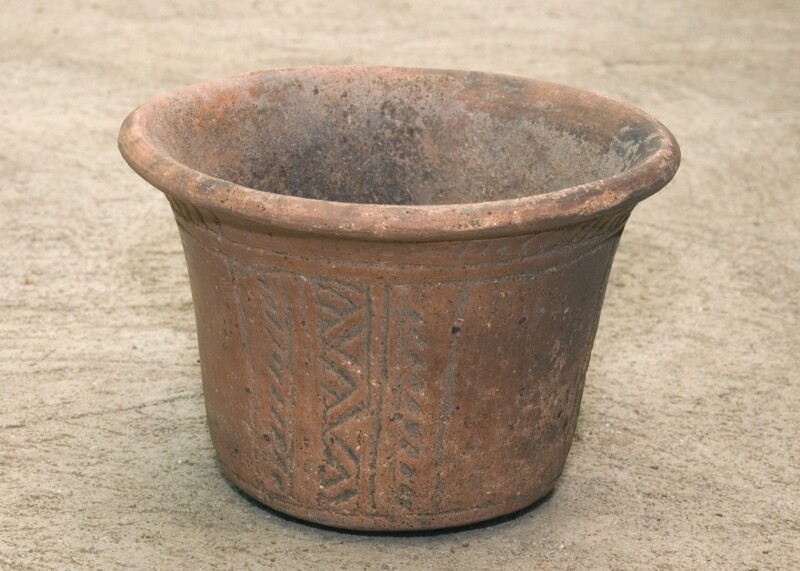 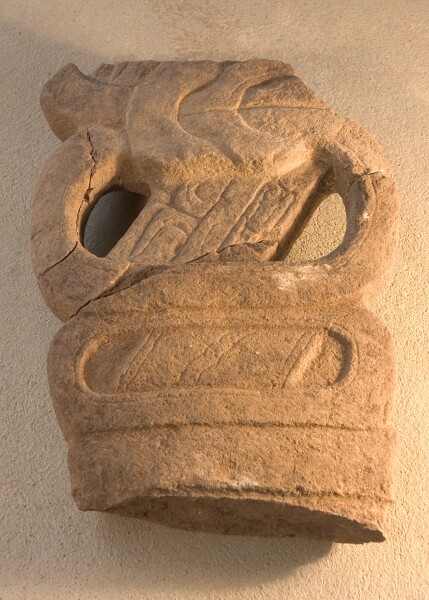 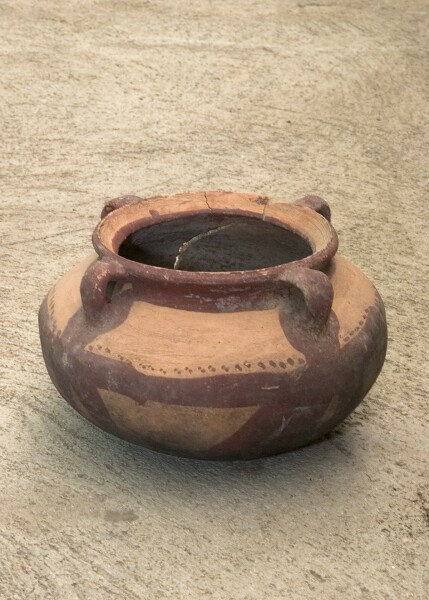 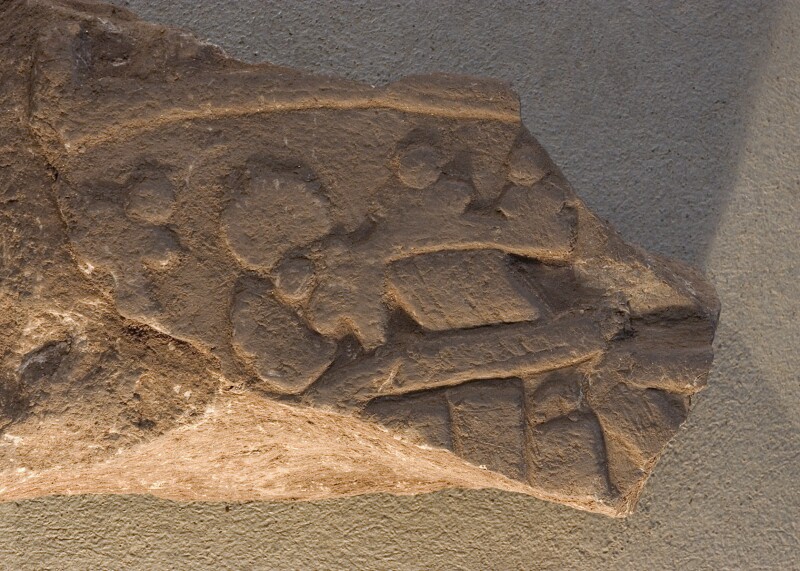 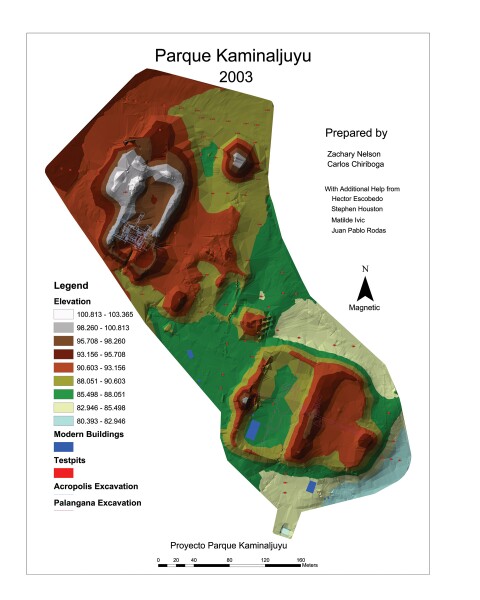 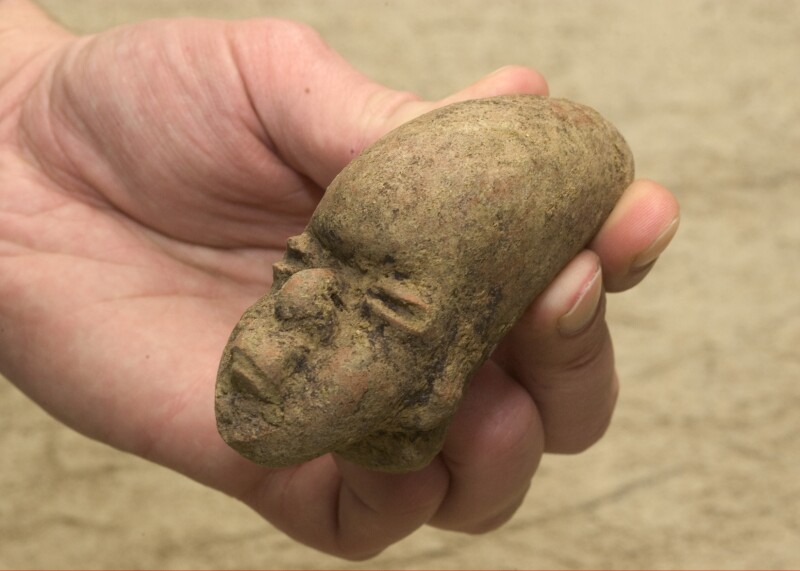 16 of 16
H-0104-22 315.jpg
Mark A. Philbrick/BYU Photo
1 of 16
Download this Gallery By clicking this link you agree to our Terms & Conditions
Related Articles
data-content-type="article"