Figure 8: Skaters feel eight times their body weight when they land a jump

When Gracie Gold and Ashley Wagner head back out onto the ice this week they will be competing against the world’s best for Olympic gold.

But they will also be competing with an unseen foe—one they will battle with until they hang up their skates. That nemesis is force, and it is going against them every time they take off and land a triple lutz.

Until now, figure skaters have never been able to get a fully accurate picture of the impact their leaps put on their ankles and feet. Thanks to a novel device they’re developing, two BYU professors are undertaking the challenge of putting some hard numbers on it.

“When figure skaters land, they can experience five to eight times their body weight,” said BYU exercise science professor Sarah Ridge. “And that happens within 50-125 milliseconds, which is not a lot of time for the body to absorb that magnitude of force.”

To get that data, Ridge has teamed up with BYU mechanical engineering professor Steven Charles and professor Deb King of Ithaca College in New York to create a device that attaches to ice skates and measures the compressive forces coming from each impact.

Up until now, the only way to observe indirect measures of the force figure skaters feel was to have them jump from a box onto a force plate in a lab. The new device lets the researchers observe the real impact on the ice by using strain gauges to record that compression, storing the data on the boot, and calculating forces from the data.

“We aren’t just applying known technology to a new application, we are operating at the limit of what the technology can do,” Charles said.

Charles and Ridge don’t just want to see the data, they want to use it to address a major problem for skaters: overuse injuries. Common overuse injuries for skaters include stress fractures in the feet and lower leg, as well as hip and back injuries.

“Skaters do at least 50 jumps a day, every day that they’re training, and they train at least five days a week if they’re competitive skaters,” Ridge said. “They have a lot of force that they’re landing with, over and over again, and this contributes to overuse injuries.”

Ridge said the plan initially is to provide the impact data to coaches, physical therapists and anyone else working with the skaters to help form training routines that minimize overuse risk.

She likens it to the idea of pitch counts in baseball—especially little league baseball—which help monitor the amount of stress on a pitcher’s arm. Right now she and Charles are working with the U.S. Figure Skating Association to provide the impact data.

They will combine their force measurements with high-speed video to understand exactly how the body is absorbing the forces, how the body generates the forces, and other things—like how far into the ice a toe pick goes.

“It may be that we need to limit the number of jumps that developing skaters are doing to keep their joints safe,” Ridge said. “The U.S. Figure Skating Association is interested in this research because they want to be able to keep their elite skaters healthy and help make figure skating safe for all participants.”

Ridge and Charles have collaborated on the project over the past three and a half years with the help of five undergraduate research assistants (four mechanical engineers, including Danny Smith, and one exercise science student who is a competitive figure skater).

Ridge researches the relationship between force and injury in athletic activities, and has recently published in Medicine & Science in Sports & Exercise. That study focused on the foot injuries that can occur when people transition too quickly to barefoot minimalist running shoes.

You can read more about that research by clicking here.

Figure 8: Skaters feel eight times their body weight when they land a jump 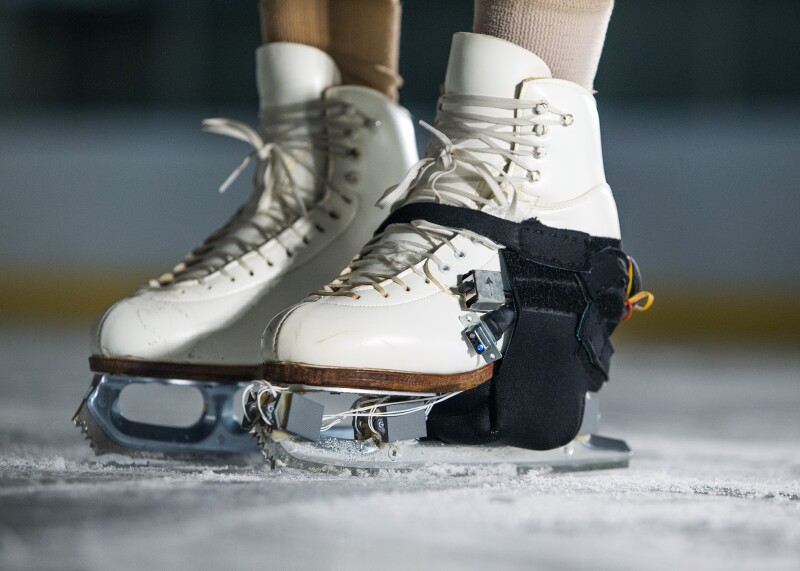 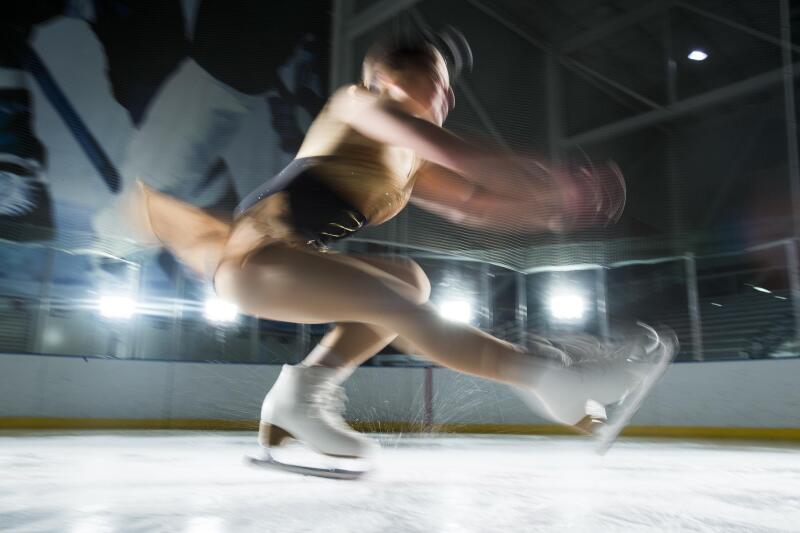 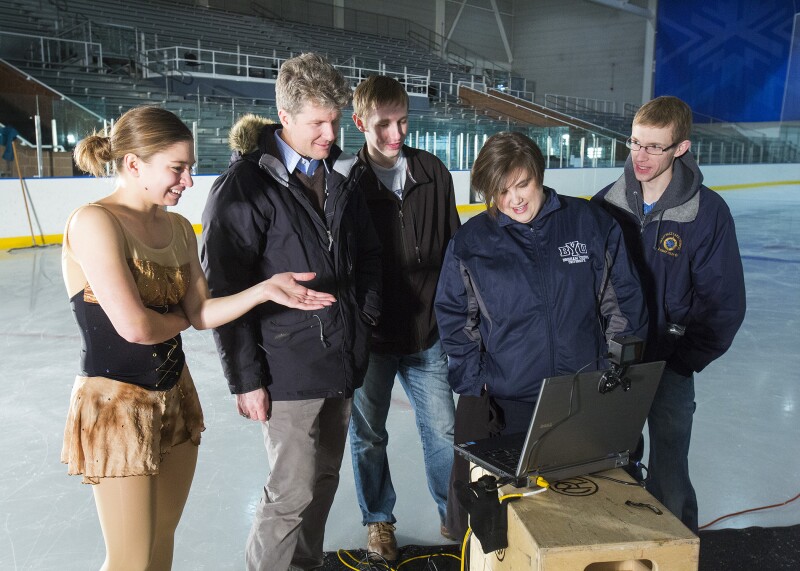 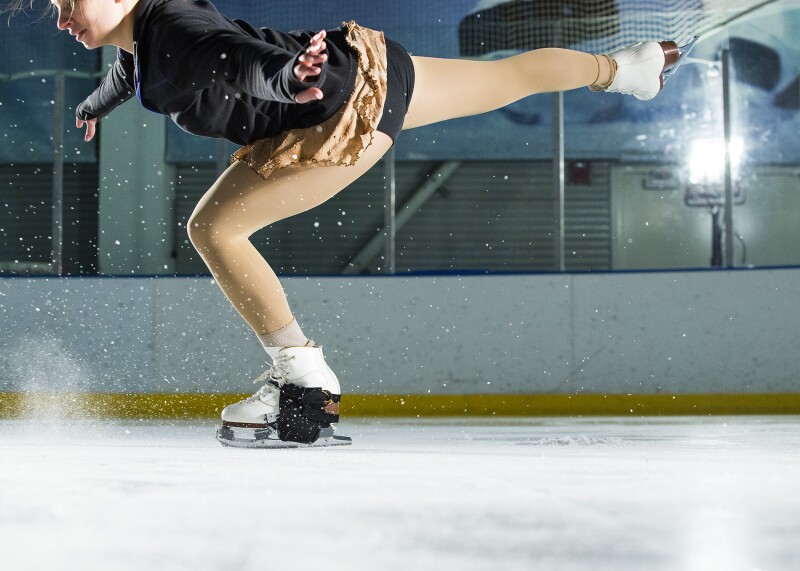 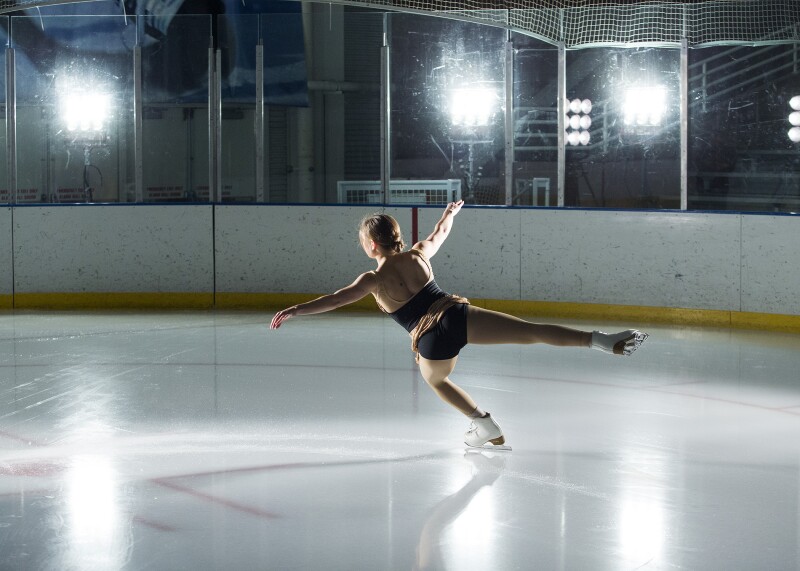 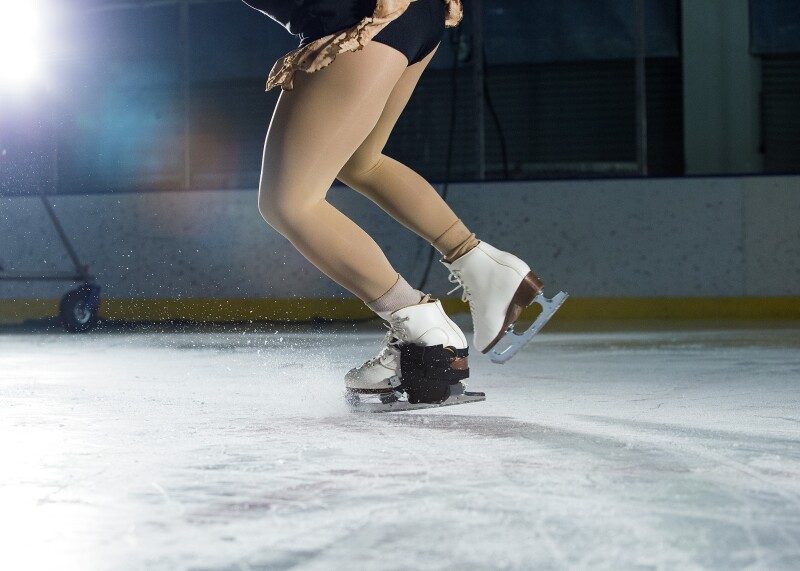