Researchers at BYU and Lockheed Martin have decided to take rapidly advancing virtual reality gaming technology and use it for something a bit more practical: engineering.

Lockheed Martin has awarded a grant to the BYU Department of Mechanical Engineering to develop aspects of a virtual reality training system that will advance Lockheed’s digital engineering training. BYU student Jeffery Smith, who interned there last year, has been developing a system where engineers can use virtual reality to undergo essential training.

The system leverages immersive 3D technology from the Unity game engine to create training environments accessible to engineers from any location in the world—as long as they have a virtual reality headset.

“A lot of money has been invested in this product and we want to leverage that investment for engineering purposes,” said BYU mechanical engineering professor John Salmon. “We are making training faster, making it cheaper and making it possible to train from remote locations.”

The program allows trainees to immerse themselves in a virtual reality environment where they can install, repair or replace components on a system themselves instead of watching someone do it on a video. Since physical laws can be broken in the virtual word, a trainee’s avatar can also be overlaid onto the trainer’s avatar to develop muscle memory, improve precision of motion and repeat the same procedure from any angle.

“If you’re going to teach someone how to swing a baseball bat, you can show them and even put your arms around them, but you can’t put your and their hands and arms exactly where they need to be at the same time,” Salmon said. “In virtual reality, you can. You can literally walk a mile in someone else’s shoes.”

Smith, a senior majoring in mechanical engineering, calls it an “all-inclusive sensory experience.” He believes the finished project will enable engineers to transfer their skills into the real world faster and more accurately than current training methods.

For their part, Lockheed Martin engineers say virtual reality engineering saves them millions of dollars by avoiding extra design and build time. So far they’re pleased with the initial work by BYU students.

“The BYU students created an impressive demo of the VR system that really highlights the potential of this technology, even in its early stages,” said Darin Bolthouse, an engineering manager at Lockheed Martin’s Denver-based Collaborative Human Immersive Lab. 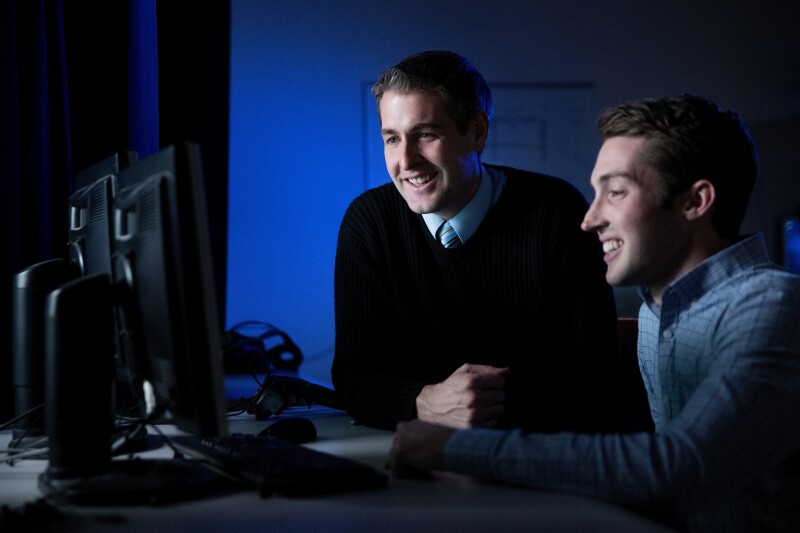 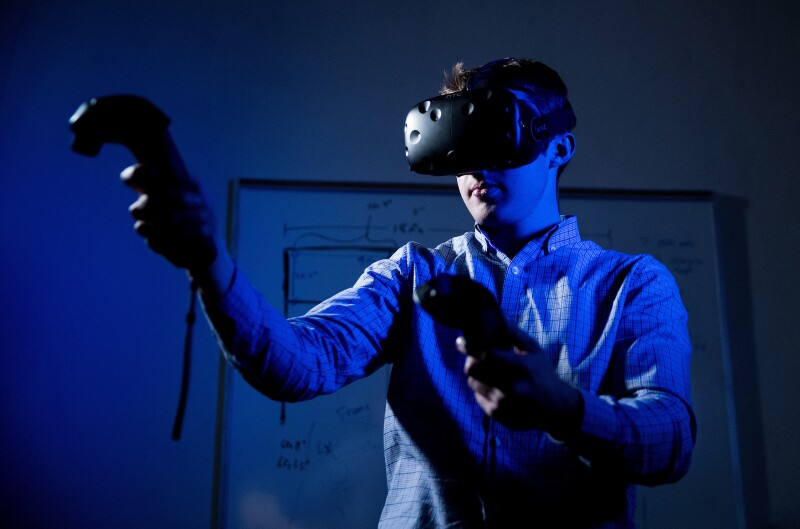 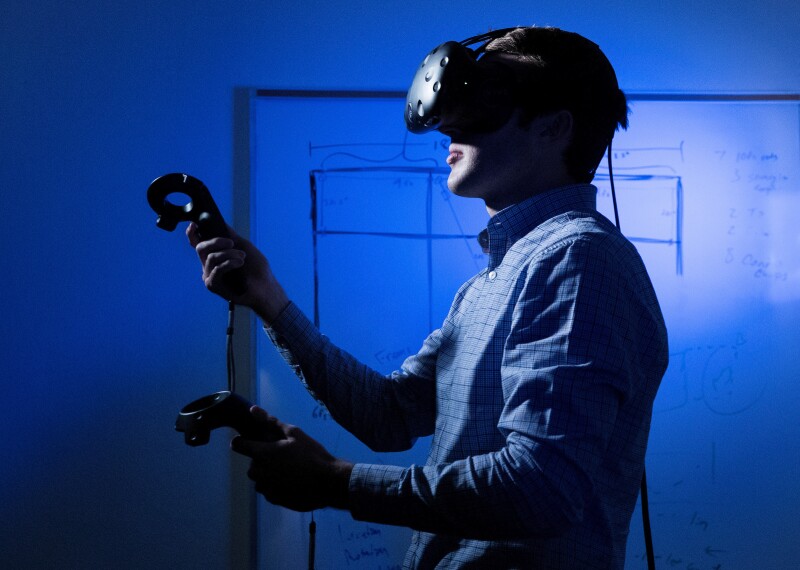 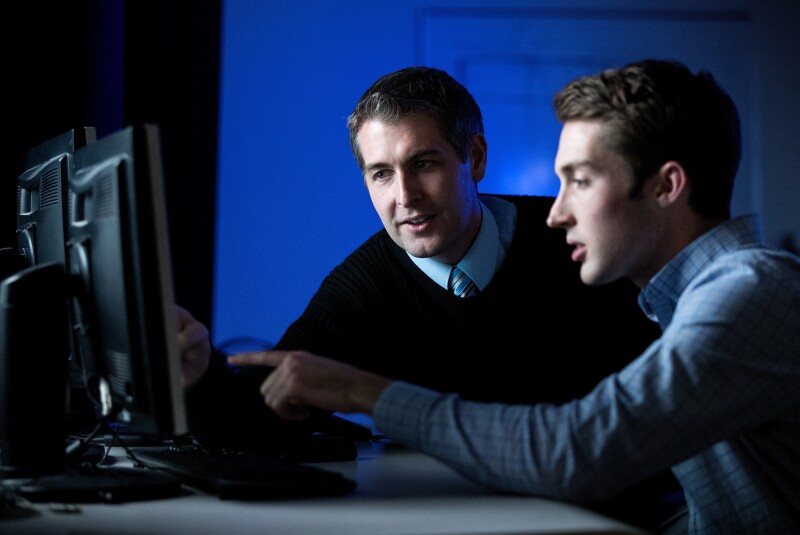