“An Off-Court Story: The Life of Kresimir Cosic,” a documentary about the Brigham Young University basketball legend produced by a BYU broadcast journalism student, will premiere Thursday, Nov. 29, at 7 p.m. in the Wilkinson Student Center Varsity Theater.

The documentary will air on KBYU TV in January. For more information, visit kbyutv.org.

The film was produced by Lindsey Blumell while she was a broadcast journalism student at BYU. Blumell served an mission for The Church of Jesus Christ of Latter-day Saints to Croatia, where she was impressed with Cosic’s legacy and association with the Church almost a decade after he passed away.

“Croats most recognized the Church through association with Cosic,” she said. “That had an impact on me, and I realized that he must have done great things for the Church in Croatia. I was intrigued and wanted to find out the whole story. “

The documentary outlines Cosic’s exemplary life through the eyes of those who knew him best. The film incorporates interviews with Cosic’s family and friends, including his wife, Ljerka Cosic; his daughter, Ana Cosic; his mother, Darenka Cosic; President Thomas S. Monson of the First Presidency of the Church; Church scholars Ann and Truman Madsen; Utah Sen. Orrin Hatch; and Gordan Giricek of the Utah Jazz.

“It was also amazing to hear personal stories from his family and close friends,” Blumell said. “They all stand by him so loyally to this day and still miss him terribly. I feel very privileged having had a glimpse into what his life was really like, beyond basketball.”

Blumell said she hopes everyone who sees the documentary will be inspired by Cosic’s story and legacy.

During his career at BYU, the Croatian native was named all-conference three consecutive years, named to five All-American teams and set BYU career records in points (1,512), field goals made (566), free throws made (381) and rebounds (919). He recorded six WAC records and set several BYU single-game and single-season records, eventually earning a spot in the Basketball Hall of Fame.

When Cosic graduated, he was drafted by the NBA but decided not to play, giving up millions of dollars and returning home to Croatia instead. He played in four Olympic Games and led his team to the Gold Medal in 1980.

Having been baptized a member of The Church of Jesus Christ of Latter-day Saints while he was at BYU, Cosic did all he could to spread the Gospel as the first member of the Church in Communist Croatia. He even translated the Book of Mormon into Croatian.

When Croatia declared its independence in 1991, Cosic worked as Deputy Ambassador in the Croatian embassy in Washington, D.C. Sadly, he was diagnosed with non-Hodgkins lymphoma and passed away in 1995 when he was just 46 years old. 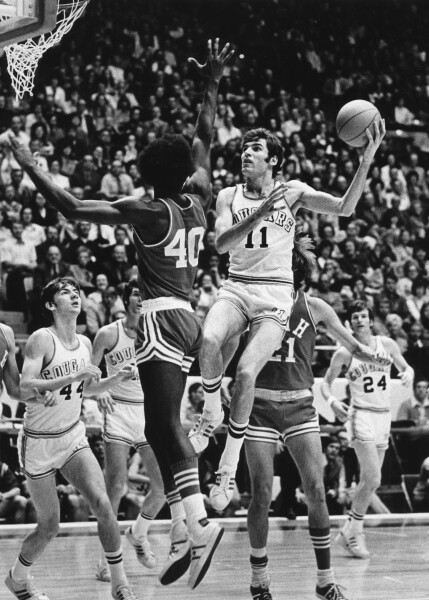 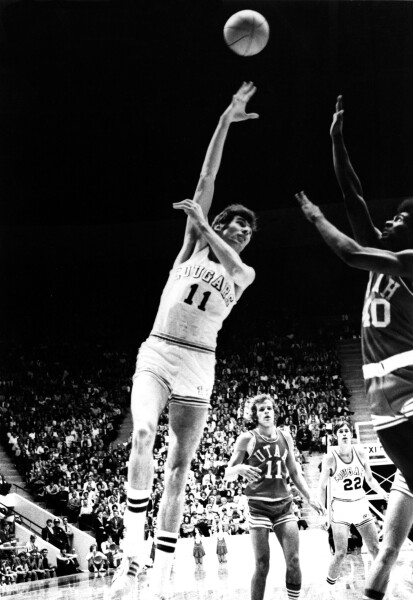 3 of 3
Cosic.jpg
Mark A. Philbrick/BYU Photo
1 of 3
Download this Gallery By clicking this link you agree to our Terms & Conditions
Related Articles
data-content-type="article"