Detecting cancer with the prick of a finger

Researchers at BYU have created a micro device that could both decrease the amount of blood and time needed to test for cancer-markers in a patient’s blood.
Chemistry professor Adam Woolley’s research, published in a recent issue of the journal, Lab on a Chip, details the device and technique that would allow for effective detection of biomarkers in a blood sample in a matter of minutes rather than days or weeks.

“You could walk into the doctor’s office, the nurse could prick your finger instead of sticking a needle in your vein, and 30 or 40 minutes later, you’d get the results back in the same doctor’s office,” Woolley said.

Woolley said the current approach for detecting biomarkers, ELISA (enzyme-linked immunosorbent assay), works well as long as you’re doing it in high volumes. This is why blood samples are usually sent to a clinical lab where they can run dozens of samples at the same time.

And while ELISA is efficient and cost effective if, say, there are 90 blood samples to process, the BYU micro device would allow a technician to look at just one sample quickly and cost-effectively to determine if there are markers for, say, breast cancer or prostate cancer.

The microchip researched and created by Woolley and doctoral student Weichun Yang could lead to effective testing for cancer-marking proteins with the use of only microliters of blood instead of milliliters – a smaller sample by a factor of a thousand.

“Detecting cancer biomarkers in a point-of-care setting can significantly improve the throughput of cancer screening and diagnose a cancer tumor at its early stage,” said Yang, lead author on the paper. “These devices provide a robust, quick, and portable system for early stage disease diagnosis.”

Whereas ELISA uses a series of antibodies as hooks to grab targeted proteins and identify them, Woolley’s method uses only one antibody step, which is then followed by a step where voltage is applied and the proteins are identified by the speed at which they move.

The new micro device can also detect multiple cancer biomarkers in blood simultaneously. In this particular round of research, Woolley and his team used the chip to detect four biomarkers simultaneously, but the device has the potential to detect upwards of 10 or 20.

Woolley said he and his team are now looking at ways to speed up the biomarker detection process even more. Ideally, he’d like to get the 30- to 40-minute process down to 20, 15 or even 10 minutes.

“If you learn from your doctor that you might have a life-threatening disease and that some initial testing must be performed, you don’t want to wait weeks to find out what’s going on,” Woolley said. “You’d like to know that very day.”

Woolley’s research was funded by a National Institutes of Health grant awarded in 2006. Other co-authors on the study were post-doctorates Ming Yu and Xiuhua Sun.

Detecting cancer with the prick of a finger 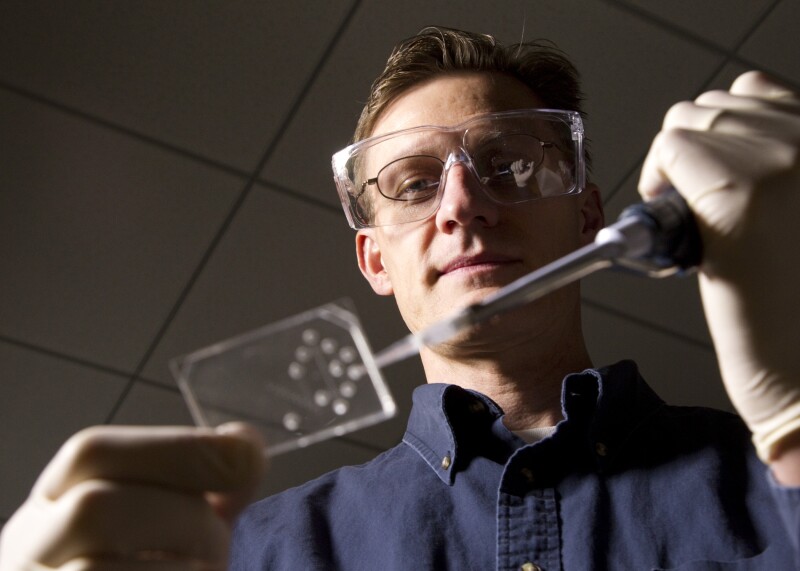 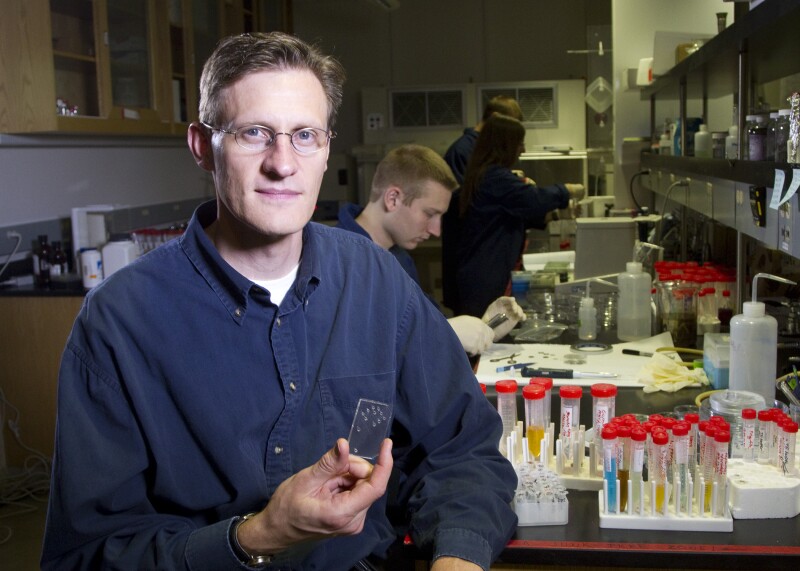 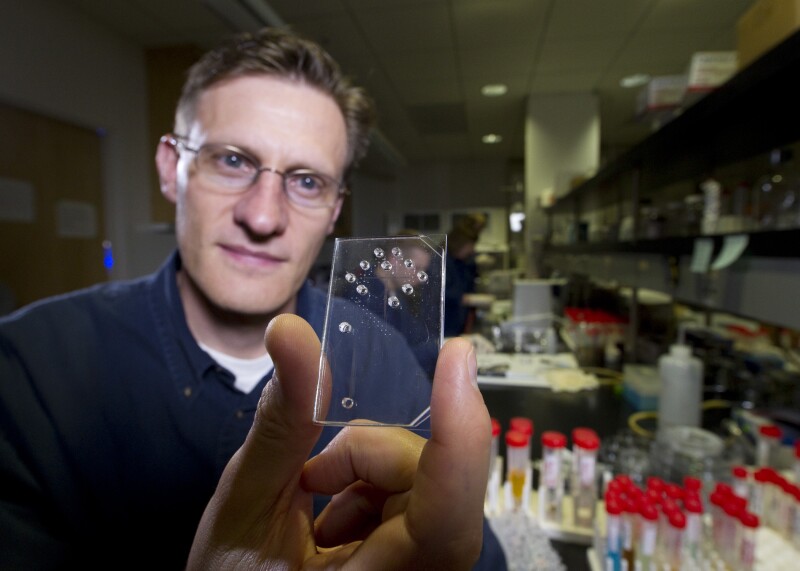 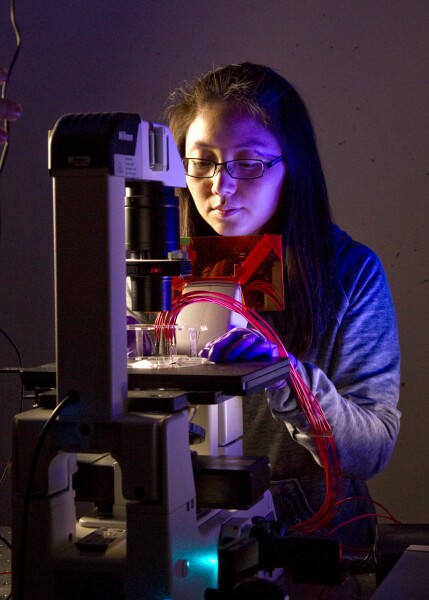 4 of 4
1011-15 142.jpg
Mark A. Philbrick/BYU Photo
1 of 4
Download this Gallery By clicking this link you agree to our Terms & Conditions
Media Contact: Todd Hollingshead
Related Articles
data-content-type="article"