Brigham Young University and the SCERA Center for the Arts in Orem, Utah, are sharing the holidays with a tender new musical, "The Christmas Miracle of Jonathon Toomey" at the SCERA Showhouse II in Orem.

Performances will run Wednesdays, Thursdays, Fridays and Saturdays Nov. 25 through Dec. 17. Tickets are $12 for adults, and $10 for children up to age 11, seniors 65 and older, students with identification and BYU faculty and staff with identification. On Wednesdays, non-profit or church groups of 20 or more may attend for $6 per person.

Adapted from the popular children’s book by Susan Wojciechowski, the fable is presented in a partnership between the two arts groups. It’s a story that centers around three lonely people who gradually learn to heal their hearts after tragedy alters their lives.

The premiere of  the production has been a three-year journey for its creators, Ward Wright and Randall Wright. Ward indicates that plans are under way to make the script available for other arts groups across the country.

“I have read this story to my family for the past 15 Christmases,” Ward says. “I typically read an account of the Savior’s birth followed by the Jonathon Toomey story. The idea of creating a play grew on me over time, and I contacted my brother Randall, an author, to help with the writing. We later decided it would also make a great musical. Randall began composing music, and then more than a year ago we brought songwriter/singer Marvin Payne into the project.”

The story is set in the 1860s and begins with a grief-stricken Toomey carving an image of his wife and baby, who have died. Embittered, he eventually settles in a little town called Hawkinsville. He has become so sullen, the village children taunt him with “Gloomy Toomey.”

Several years later, a young wife, Susan McDowell, becomes a widow and her son Thomas an orphan when war kills her husband and rips apart their world. Forced to leave the prosperity of city life, they move to Hawkinsville to live with McDowell’s sister.

Somewhere in the trip they lose a beloved nativity set Thomas’s father had given him. When Susan visits Toomey to see if he will carve a replacement, he slams the door in her face, but later relents because of her son. The process of their time together during the carving transforms them all.

“This is such a tender story,” says Rodger Sorensen, a BYU theatre professor directing the show. “In three instances the mother and child make all the difference. There’s Toomey’s wife and child, McDowell and her son, and Mary and the Christ child. The story ends with a lighted crèche. Ultimately the theme transforms into a realization that it is Thomas who brings light to Jonathan Toomey and his mother."

Starring as Toomey is BYU theatre professor David E. Morgan. Susan McDowell is played by his wife, Annadee Morgan, and Caiden Kehrer is Thomas McDowell. Other major roles are filled by Jim Murphy and Brenton G. Ferrell as Mr. Hawkins and Mr. Simpson, community pillars of Hawkinsville. The rest of the cast and crew is a combination of BYU students and community members. 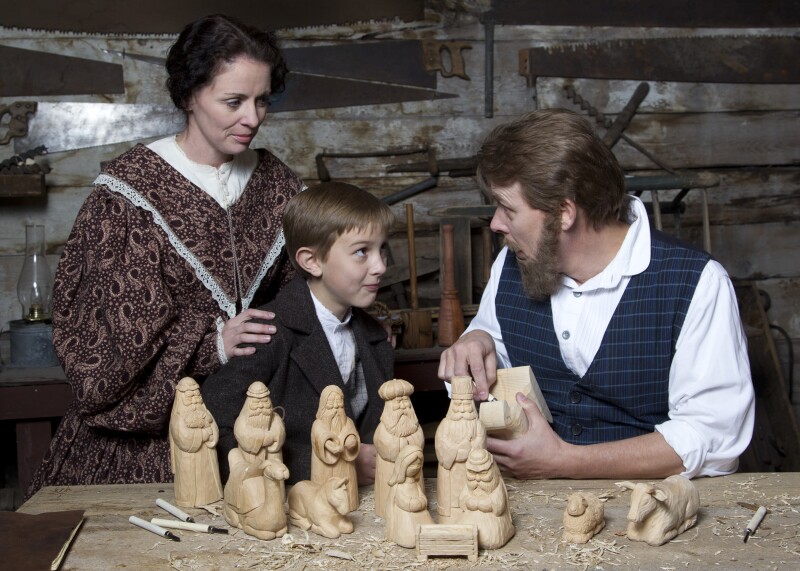 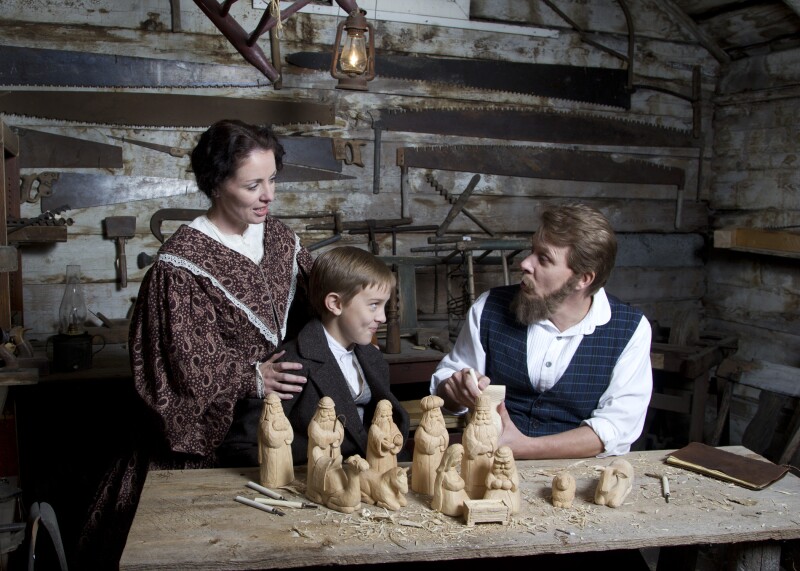 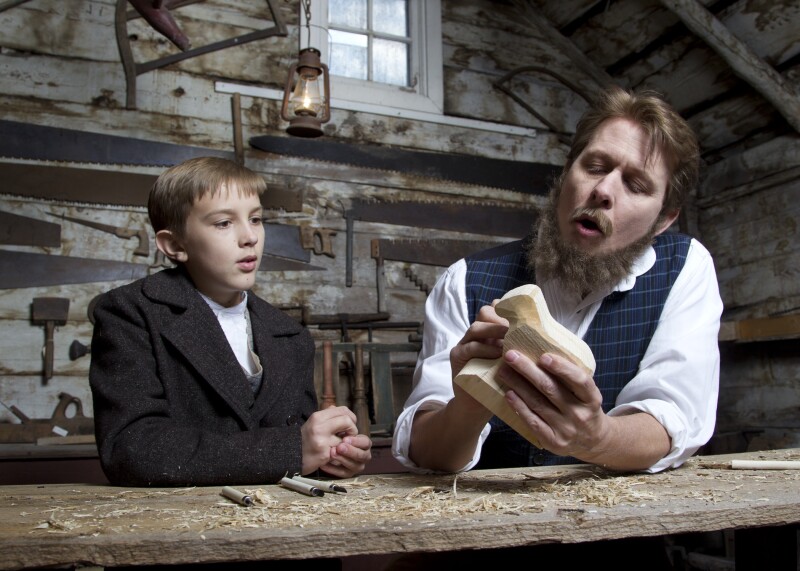 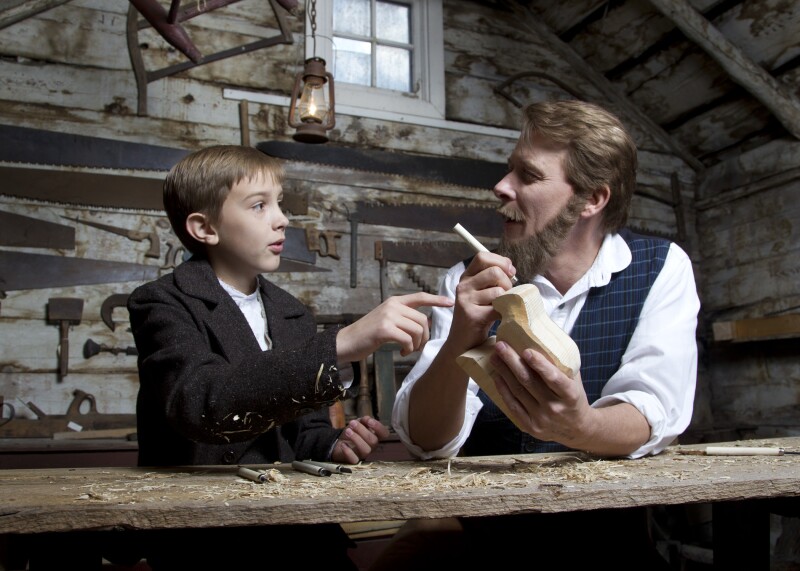 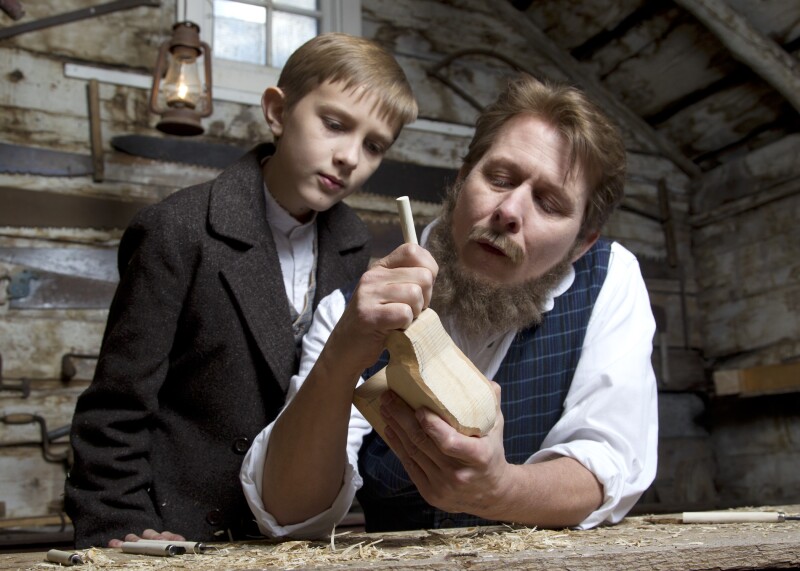 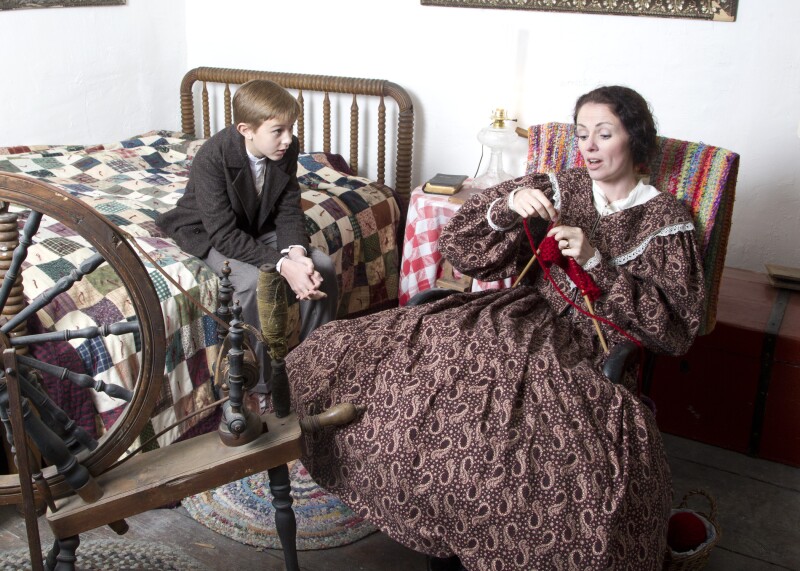 7 of 7
11Scera Jonathan Toomey pr 217.jpg
Mark A. Philbrick/BYU Photo
1 of 7
Download this Gallery By clicking this link you agree to our Terms & Conditions
Related Articles
data-content-type="article"