Charleston Native Singled Out for Stellar Performance in College Orchestra

College is generally considered a time of exploration and learning. But for Charleston native Ali Atkinson (Capital High School, class of 2010), she’s already putting her skills to the test in the big leagues, so to speak.

Atkinson, a junior at Brigham Young University in Provo, Utah, majoring in music performance, has been playing the trumpet in the school's Philharmonic Orchestra for three years. Even before she reaches graduation it appears her hard work is getting noticed.

In the November/December issue of Fanfare magazine, a national publication that reviews contemporary recordings of classical music, Atkinson and her fellow performers received overwhelmingly positive reviews for their recording of Mahler’s Symphony No. 3.

While the reviewer praised the orchestra as a whole (“…You could have convinced me this was a fully professional orchestra…”), he saved some of his greatest admiration for Atkison:

Equally outstanding is the posthorn player, Ali Atkinson. Seldom have I heard this part played so sweetly, so expressively, and with such confidence. She is placed far in the distance, lending an almost unearthly aura to the music, and I for one would have welcomed hearing her a bit closer, such is the refinement of her playing.
—Robert Markow, writer for Fanfare magazine in November/December issue

So far Atkinson hasn’t let this praise go to her head. She acknowledges that this recording of the Mahler symphony is a testimony to the talent and hard work of all the members of the orchestra.

“We all expect so much of each other,” Atkinson said. “We keep each other accountable to high expectations, because where we’re headed is incredible.”

“This acknowledgment is a reflection of the student’s hard work and capacity,” Katseanes said. “When we get praise as glowing as this, I think of these students and how grateful I am that they rose to this level.”

The BYU Philharmonic’s recording of Mahler’s Symphony No. 3, is available for purchase at the BYU Music Store. 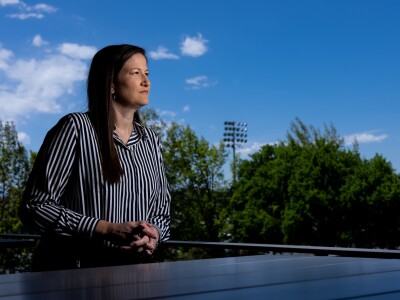 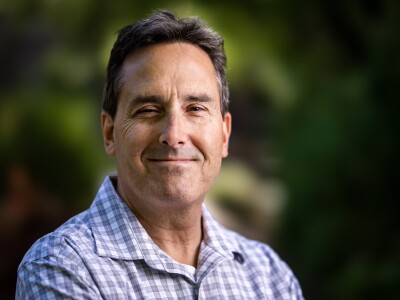 Character
Cougar Query: "Growing Plants in My Childhood Vegetable Garden Sparked My Interest in My Field"
Cougar Queries are a series profiling BYU employees by asking them questions about their work, interests and life. Today, we meet Rick Jellen, a professor of genetics and associate dean in the College of Life Sciences. 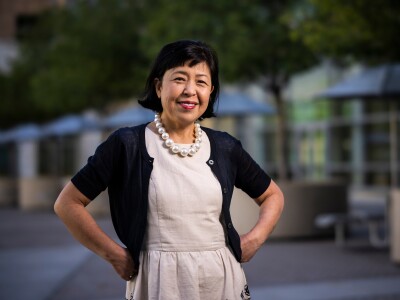