BYU’s very first physics graduate, known to many as the “Father of Stereophonic Sound,” is being recognized by the National Academy of Recording Arts and Sciences at this year’s Grammy Awards.

The Recording Academy selected Dr. Harvey Fletcher to win a posthumous Technical Grammy Award for his work with Leopold Stokowski and the Philadelphia Orchestra, producing more than a hundred of the world’s first stereophonic recordings.

Fletcher was the first to successfully record stereo sound, perform a public demonstration of stereophonic sound, and transmit stereo sound live. He also produced the world’s first vinyl recording, at 60 dB dynamic range and 10 kHz bandwidth. All of these scientific breakthroughs were accomplished within two years, between 1932 and 1933.

Born in Provo in 1884, Fletcher graduated from both Brigham Young High School and Brigham Young Academy. As a student, he helped lay out the block Y on the mountains east of campus in 1906.

Despite failing his first physics class at Brigham Young Academy, he began to show great aptitude for the physical sciences; particularly acoustics.

During his time in Chicago, he worked with Dr. Robert Millikan on the revolutionary “oil drop experiment,” for which Millikan received a Nobel Prize in 1923

Fletcher served as the head of the physics department at BYU from 1911 until 1916, and later became the founding dean of the College of Physical and Engineering Sciences from 1954 to 1958. The Harvey Fletcher Building on campus is named after him.

“Harvey Fletcher became prominent in his profession at Bell Labs, where he had many important advances in the area of acoustics, but he also maintained those connections with BYU which helped raise the profile of the university,” said Scott Sommerfeldt, dean of the College of Physical and Mathematical Sciences. “The connection that Fletcher felt with BYU and his contributions over many decades were truly amazing, and he has left a legacy well worth remembering.”

Aside from his work on the oil drop experiment and the orchestra, he is credited with the creation of the first functional hearing aid, artificial larynx, and 2-A audiometer — a device still used today to diagnose and assess hearing loss.

Additionally, Fletcher was the first president of the Acoustical Society of America, and the second person to be elected an honorary fellow of that society. The first was Thomas Edison.

Fletcher, a husband and father of seven, died in 1981 following a stroke at 96 years old. 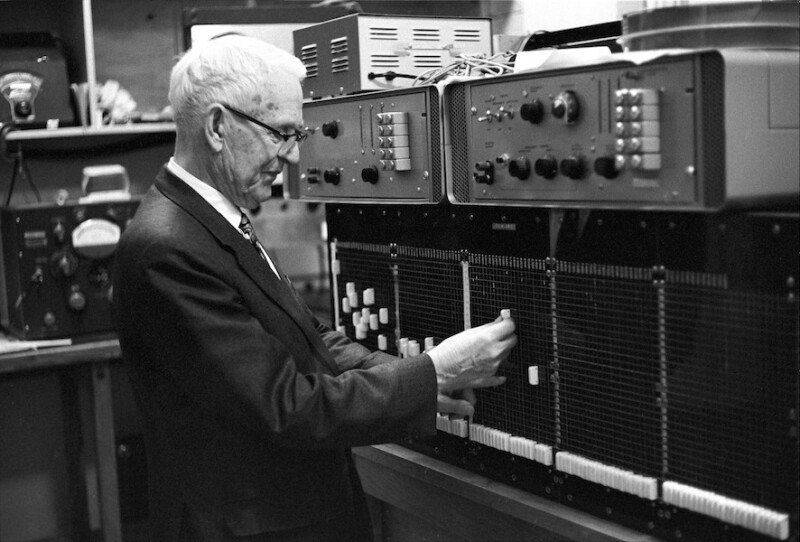 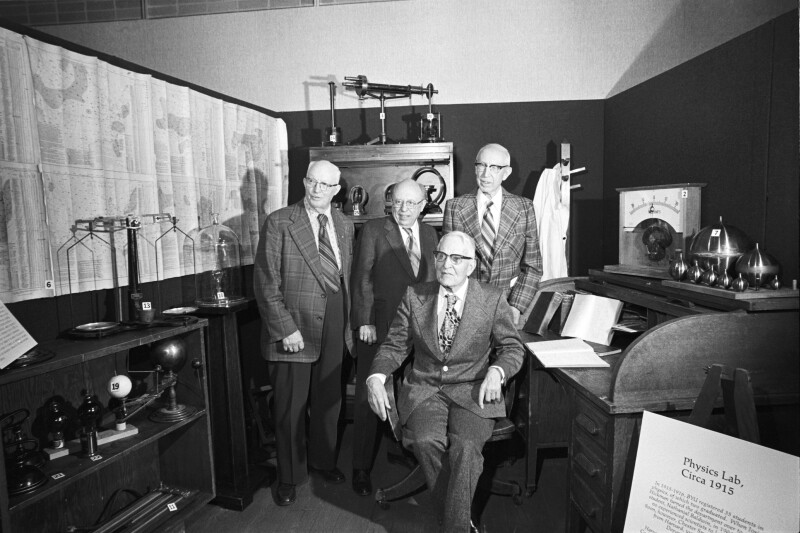 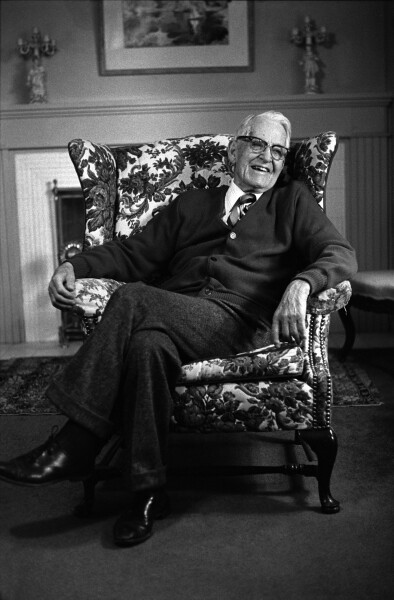