A team of BYU students recently modified an electric motorcycle into a hybrid model to increase its range by nearly 40 percent.
The bike was the students’ engineering capstone project, a two-semester program that has given thousands of engineering students hands-on experience with professional, industry-sponsored projects.

Last week the students traveled to Ohio to demonstrate the motorcycle for their sponsor, Innovative Scientific Solutions Inc., a subcontractor for the U.S. Air Force.  Company officials were impressed enough to request the bike stay on display for a few weeks at Wright-Patterson Air Force Base.

“They were very pleased with the workmanship we had done to fit these two power plants together on the motorcycle,” said Perry Carter, associate professor of manufacturing engineering technology and team coach.

The BYU team designed the hybrid motorcycle in a parallel arrangement, which means both power sources are connected to the back wheel. The bike starts up on electric power, and then switches to the internal combustion engine at 9 mph.  Following this point, the rider is able to choose whether to run the motorcycle off of electric or gas power.

“Our sponsor was surprised that we used the parallel arrangement of the engine and the motor, because in their view that was the more complicated design,” Carter said. “They were pleased that we had taken that approach.”

Teams from three other schools took up the same challenge to reconfigure the motorcycle using less than $10,000 and 1,800 person hours. The sponsor challenged the students to keep the bike at the same weight as they received it, even though they added an internal combustion engine. To achieve this goal, the BYU team decreased the battery size by half and added a 2-gallon gas tank, among other modifications. They were the only team out of the four involved to maintain the motorcycle’s original weight and size.

“I will be working in teams throughout my career,” engineering student Tyler Collins said. “This project has given me real life experience that I will always draw from. It has also given me a great discussion piece when I go into a job interview. Everybody wants to know about my senior project.” 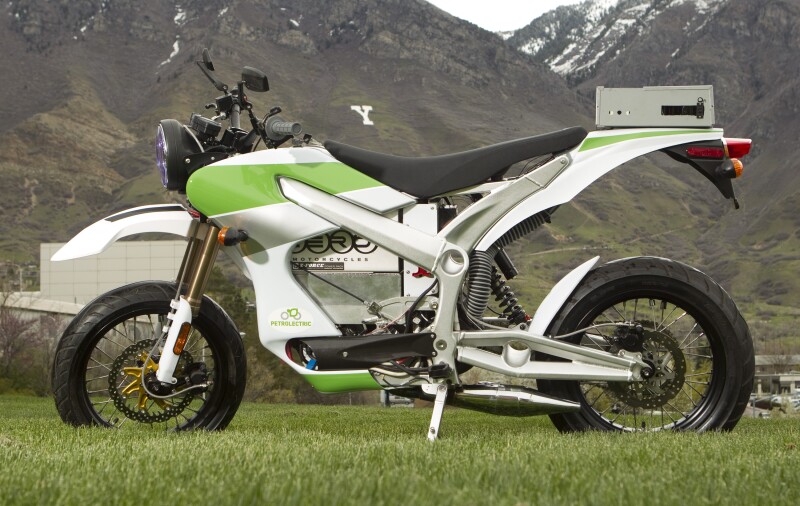 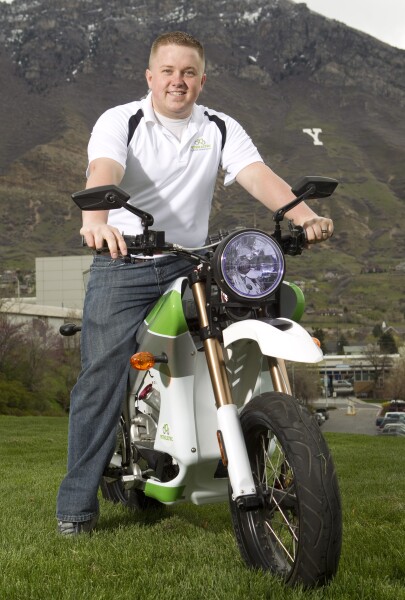 3 of 3
WEBBANNER 1104-43 002.jpg
Jaren S. Wilkey/BYU Photo
1 of 3
Download this Gallery By clicking this link you agree to our Terms & Conditions
Related Articles
data-content-type="article"