When Brigham Young University sponsored James Robertson's undergraduate research project on beetles in 2000, he had no idea it would lead to top entomology programs recruiting him for graduate school and the National Science Foundation awarding a $750,000 grant based on his work.

But Robertson, who is publishing his findings on a group of fungus-eating beetles in an upcoming issue of "Systematic Entomology," is not complaining.

"The research really made me marketable," said Robertson, after being recruited by U.C. Berkeley, Cornell, Texas A&M and North Carolina State. "Just getting good grades and doing well on the GRE isn't good enough anymore."

Under the tutelage of integrative biology professor Michael Whiting, Robertson conducted DNA sequencing analysis to revise the family tree of the pleasing fungus beetle. Many may find the colorful patterns of these insects pleasing to the eye, but those colors signal a very unpleasing taste to predators. Robertson's findings place lizard beetles, previously recognized as a separate family, in its rightful position as a subgroup among pleasing fungus beetles.

"For a student just starting graduate study, James is exceptionally talented and accomplished," said Joseph McHugh, a professor of entomology at the University of Georgia who collaborated with Robertson and Whiting on the project. "When he presented his study at national and international scientific meetings, people routinely assumed that he was an advanced Ph.D. student who was presenting his dissertation research. They were shocked when they heard that he had not started graduate school yet and that this work was completed as his undergraduate project."

The National Science Foundation grant will be split between Whiting's and McHugh's labs to support a study on the evolution of a major group of beetles, with Robertson named in the proposal as a participating researcher. The opportunity to continue work on beetle evolution through graduate school convinced Robertson to pursue an advanced degree at the University of Georgia, where he begins classes this fall.

"It was an invaluable experience to work with a world-renowned entomologist like Dr. Whiting," said Robertson, a Provo native. "Dr. Whiting lets his students work on their own projects, he takes them to meetings and he helps them publish their research."

Besides improving pleasing fungus beetle classification, Robertson also traced the evolution of their color patterns, fungus preference and behaviors such as coordinated feeding and parental care. Some of these beetle mothers actually herd their larval children along mushrooms or decaying wood to help them eat.

"Once you do one project, it opens the door to so many other questions," said Robertson. "I've discovered some interesting things about this group."

With the grant, Robertson will now be busy doing similar work on a much larger scale. His part of the project will be to determine evolutionary relationships across beetle families within the Cerylonid series, a major group of nearly 10,000 known species and possibly thousands of unknown species.

Robertson credits much of his research success to having a mentor like Whiting, who first encouraged Robertson to design his own project as a sophomore and apply for funding through the university's mentored-student learning program. Stories such as Robertson's have spurred the growth of the program at BYU. This year 407 undergraduates were awarded grants of $1,500 each for their projects.

Whiting, a professor of integrative biology, also enlisted the beetle expertise of McHugh. The trio began their work searching for samples of the hard-to-find fungus beetles which are rarely seen except by mushroom hunters. Robertson searched in Utah's mountains, McHugh in Georgia's swamps and Whiting arranged samples to be collected from the forests of New Guinea.

In the lab, Robertson extracted DNA from dissected muscle tissue and amplified the sequences of several key genes to look at shared similarities across species. The project was so successful that the team saw an opportunity to expand the beetle project through a National Science Foundation program called Partnerships for Enhancing Expertise in Taxonomy. Although the National Science Foundation doesn't allow undergraduates to be named principal investigators, Whiting said Robertson was involved in writing the proposal, which was based primarily on Robertson's research.

At a conference of the Entomological Society of America, Robertson won second place for his presentation in the student competition. Robertson compares getting the chance to present research at scientific meetings to college football players trying to get noticed by professional teams through participating in the NFL combines.

"I was able to introduce myself to professors at other universities and ask questions about their research interests and graduate programs," Robertson said. "It helped give them a face so that when I applied they thought, 'I remember this kid -- he's the pleasing fungus beetle boy.'" 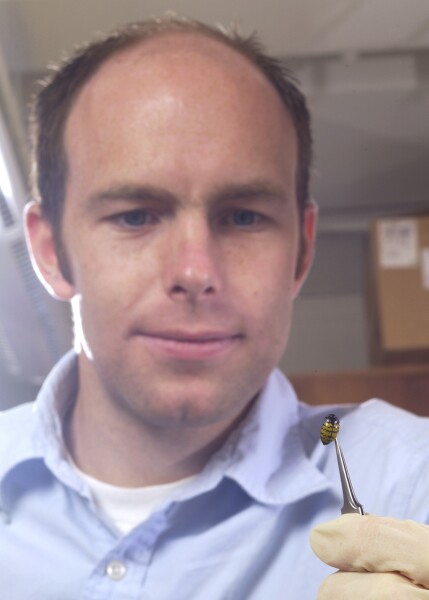 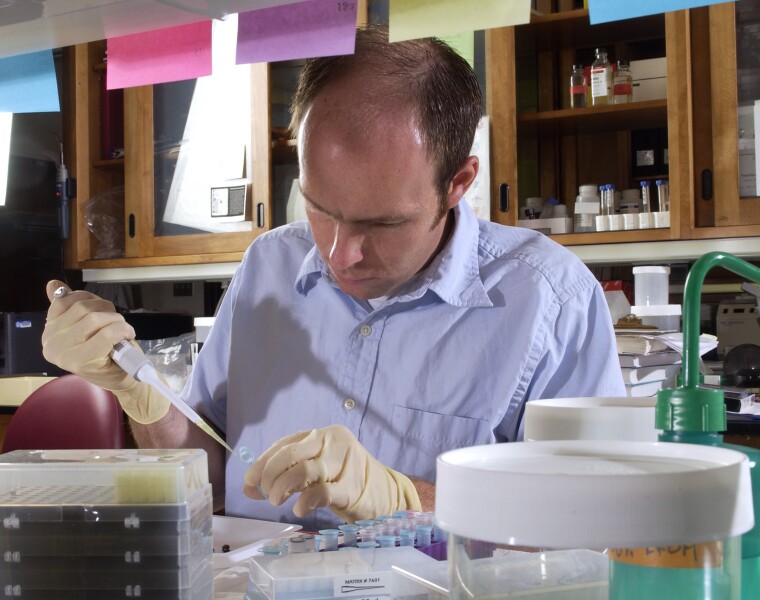 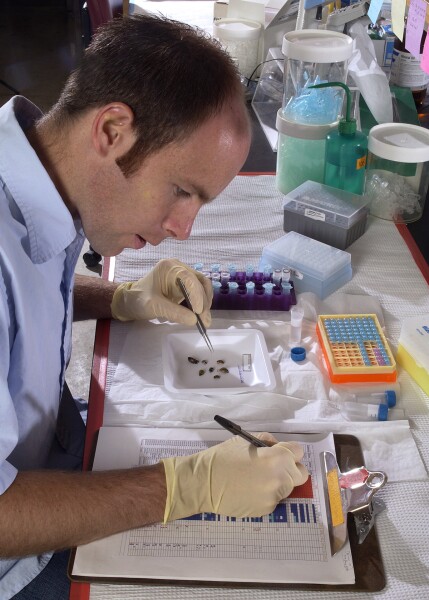 3 of 3
Robertson-L_0120.jpg
Jaren S. Wilkey/BYU Photo
1 of 3
Download this Gallery By clicking this link you agree to our Terms & Conditions
Related Articles
data-content-type="article"