Will run Jan. 31 through Feb. 8 in Margetts Theatre

Brigham Young University’s Department of Theatre and Media Arts will present a lighthearted adaptation of William Shakespeare’s “Cymbeline” in the Margetts Theatre Friday, Jan. 31 through Saturday, Feb. 8, with matinee performances on Saturdays.

Shakespeare’s adventurous romance gets the double treatment — and a happy ending — in two special adaptations: as a fairy tale suited for young people and as a noir mystery perfect for the young-at-heart.

There will be no performances Sundays or Mondays.

Directed and adapted by Teresa Dayley Love, “Cymbeline” tells the story of a princess in a pickle, her banished husband, a villainous queen and lots of mayhem in Britain, all while exploring Shakespeare’s themes of mistaken identity, innocence wronged and jealousy.

“I knew young audiences would like the twisty story as long as we told it clearly,” said Love. “After all, detail-heavy Pokémon, Harry Potter and Doctor Who have plenty of devoted young fans. And the humor would help, too. But which style to choose? Fairy tale or film noir? I liked them both!”

After working with the text, her team made a welcome discovery: “We didn’t have to choose! With the talent of two fearless casts and our imaginative design team, we were able do both. If you come see both versions, you’ll see that the plot, stage movement and language are almost identical. But costumes, scenery, props, lighting, music, sound effects and the way characters are portrayed are very different,” she said.

The film noir cast features Michael Comp as Phyllis; Charles Beckh as Chimo, Tony and Pa; Danny Brown as Leo; Jasmine Fullmer as the Queen and Big Luca; and Averill Corkin as Imogene. The fairy tale cast features Mary Beth Bosen as Philaria; Clyde Northrup as Iachimo, Pisanio and Papa; Bryson Alley as Leonatus; Amberly Plourde as the Queen and Lucius; and Lisa Moncur as Imogene. 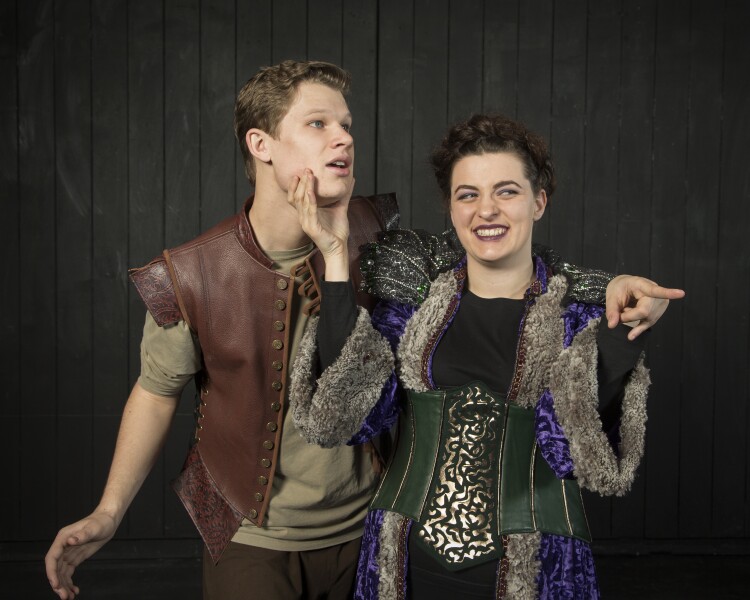 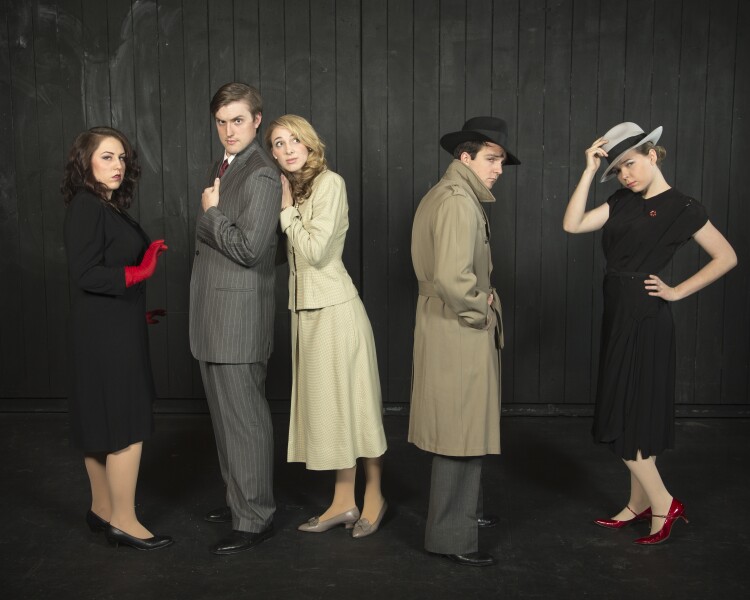 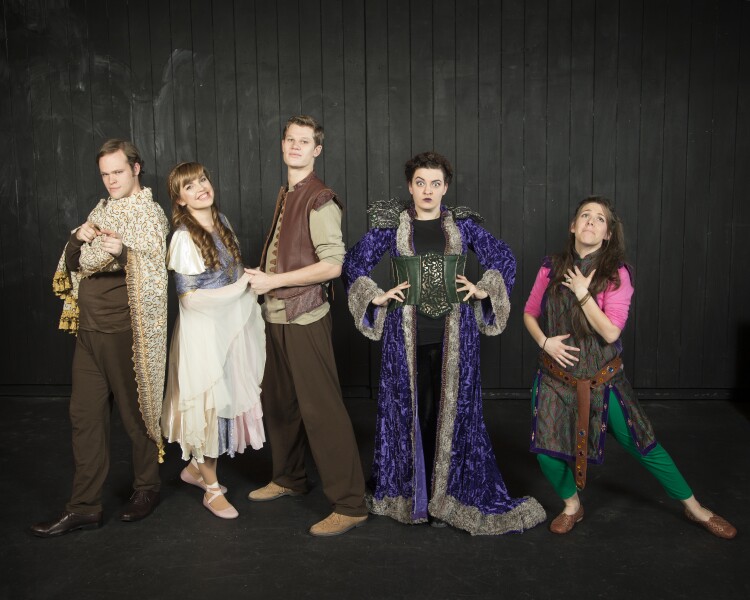 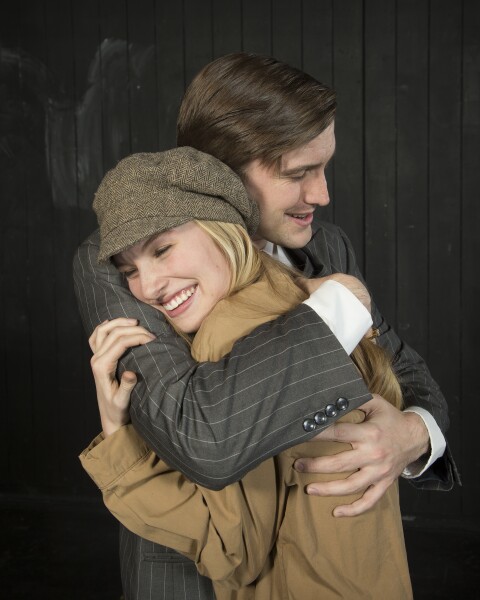 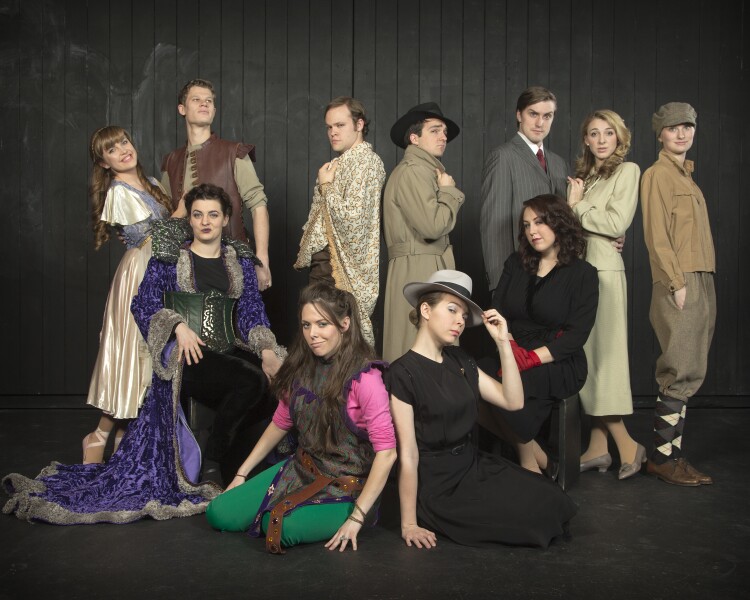 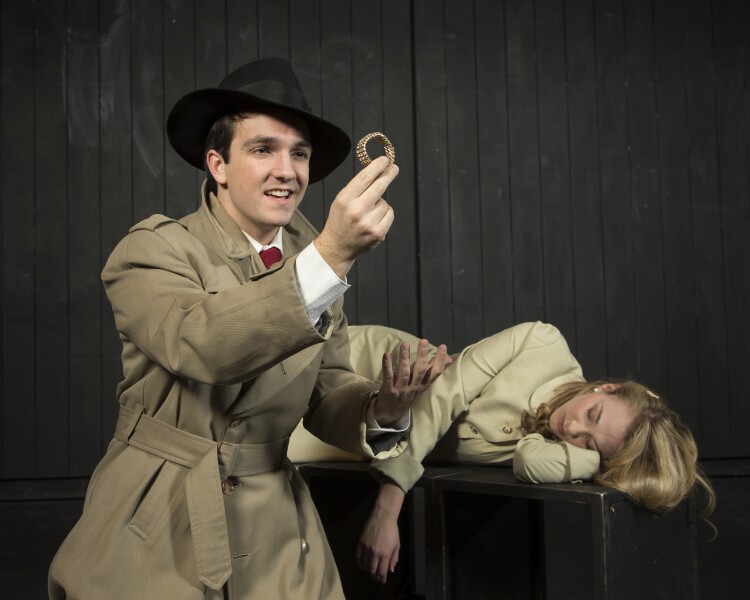 6 of 6
1401-14 227.jpg
Mark A. Philbrick/BYU Photo
1 of 6
Download this Gallery By clicking this link you agree to our Terms & Conditions
Related Articles
data-content-type="article"