Brigham Young University Publications & Graphics has released a new version of the popular BYU Speeches website, speeches.byu.edu, a tool for finding text, audio and video of seminal addresses, including BYU and CES devotionals.

Along with an elegant new design, the site features a streamlined interface that makes it easier for users at BYU and around the world to access the words of prophets and apostles, university presidents and professors, and other notable speakers.

Working closely with BYUtv, BYU Speeches now includes streaming video for hundreds of talks, and many more will be added in coming months. Video can also be accessed through the BYU Speeches YouTube Channel, youtube.com/byuspeeches, released in conjunction with the new site.

From the earliest days of Brigham Young Academy, the spoken word has enriched the spiritual and educational environment at BYU. In 1952 the Extension Services Department and Delta Phi began publishing individual speeches in pamphlet form and selling them at 15 cents per talk.

Twenty years later, the university began publishing the addresses in annual volumes, which, coupled with radio and television broadcasts, extended the reach of these messages beyond campus.

In the mid-1990s Publications & Graphics launched the BYU Speeches website, which offered free text and later added audio files and other formats, leading to millions of free downloads each year.

“Our mission has always been to make these inspiring messages as widely available as possible,” says Peter Gardner, Publications & Graphics managing editor. “The new site and channel will extend their reach even further.”

Other tools to share these addresses include two podcasts — for recent and classic speeches — and the BYU Speeches Facebook page, facebook.com/byuspeeches. 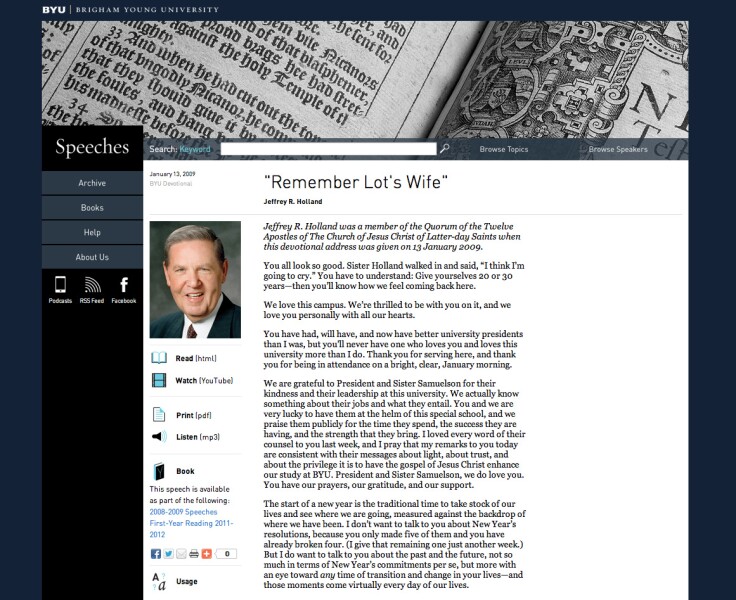 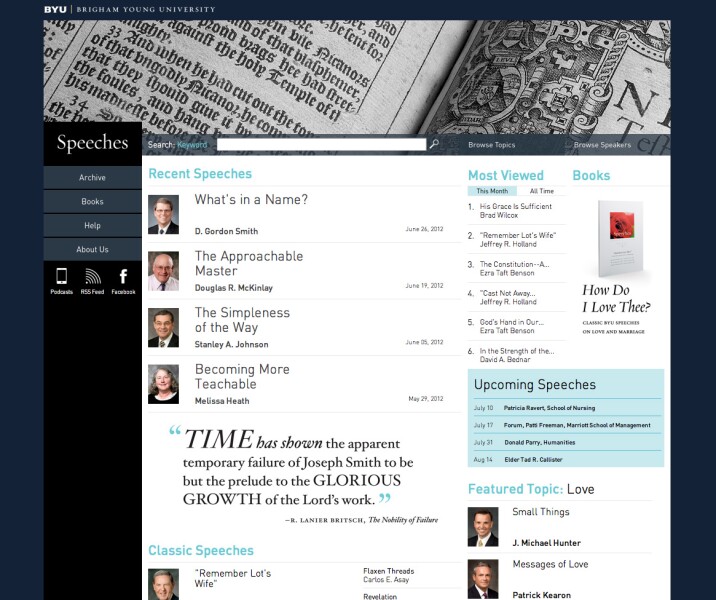 2 of 2
Unknown-1.jpeg
Mark A. Philbrick/BYU Photo
1 of 2
Download this Gallery By clicking this link you agree to our Terms & Conditions
Related Articles
data-content-type="article"