BYU ROTC cadets held a vigil and rifle salute Tuesday, Sept. 11, at the flagpole and courtyard south of the Abraham Smoot Building to remember the events of Sept. 11, 2001.

The vigil began at 7:30 a.m. with the American flag raised to half-staff. BYU cadets representing the Air Force and Army ROTC will stand at attention throughout the 24-hour period in 20-minute change-of-guard rotations.

A table featuring a folded flag and a wreath was placed in front of the flagpole, and those who would like to participate are invited to place flowers at the table.

At 9 a.m., four members of the BYU ROTC placed roses at the site representing the four airplanes and their passengers that were lost that day. Immediately after that, a three-volley rifle salute was fired  featuring specially trained cadets firing blank rounds using modified M-1 Garand rifles designed to fire only blank cartridges. The rifles were loaned to the ROTC by a local chapter of the American Legion.

Members of the campus and local community and area media witnessed the ceremony. All are welcome to come to the site throughout the day to pay respect and honor the memories of those who lost their lives.

Tomorrow, Sept. 12, at 7:30 a.m., the folded flag will be secured, the flag raised to full staff, and the memorial will be complete. 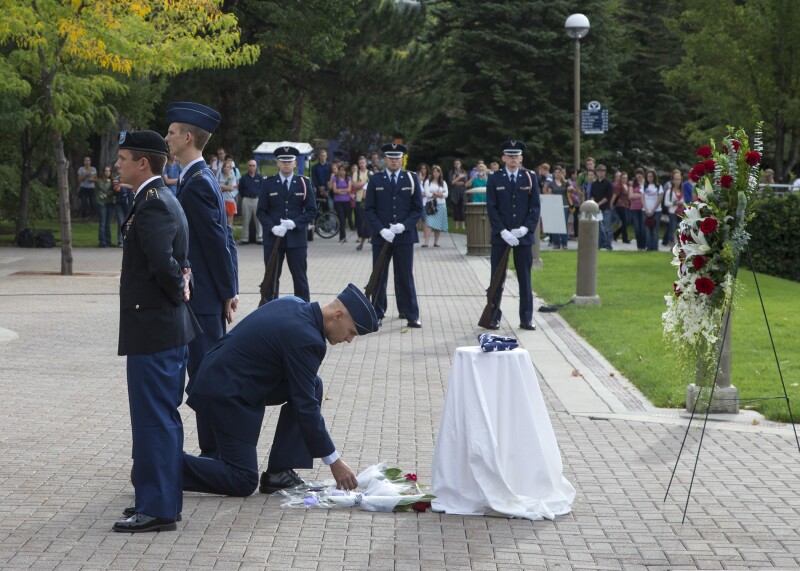 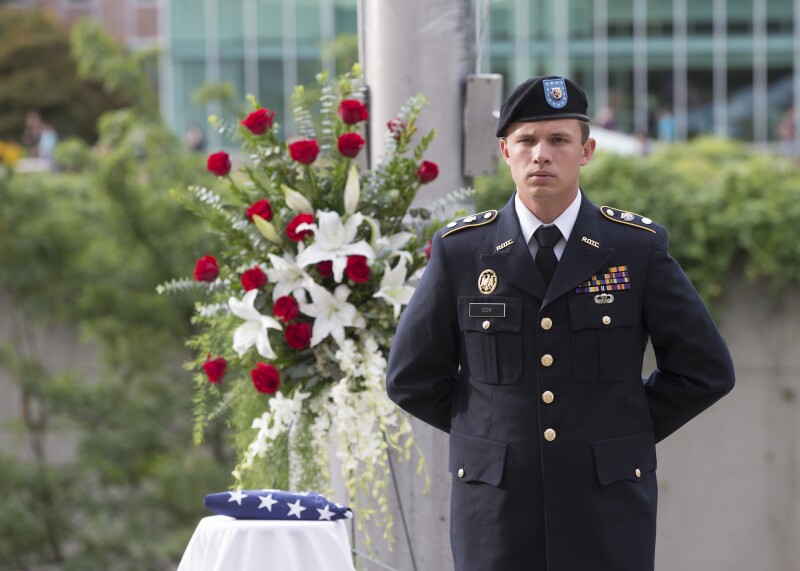 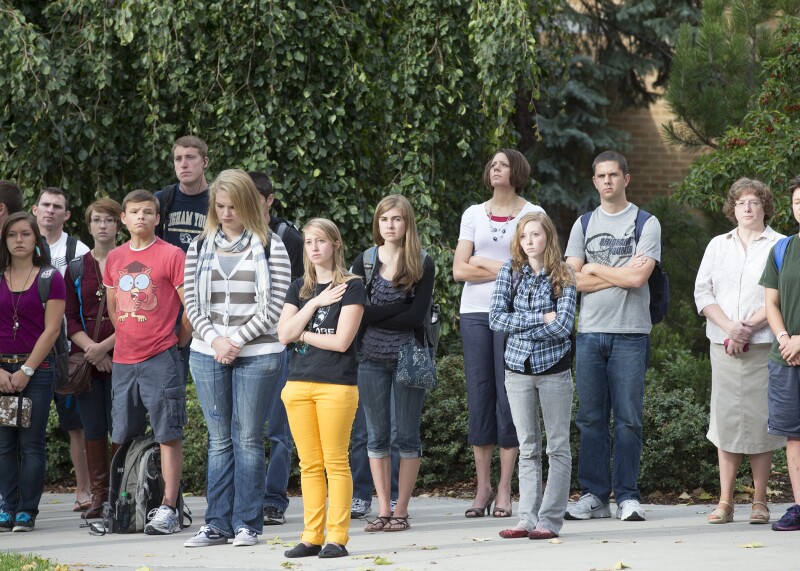 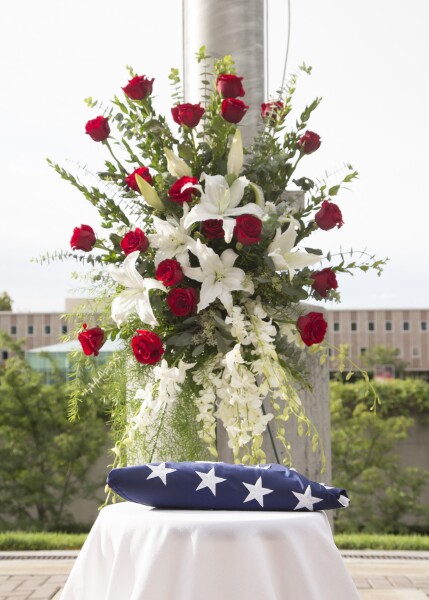 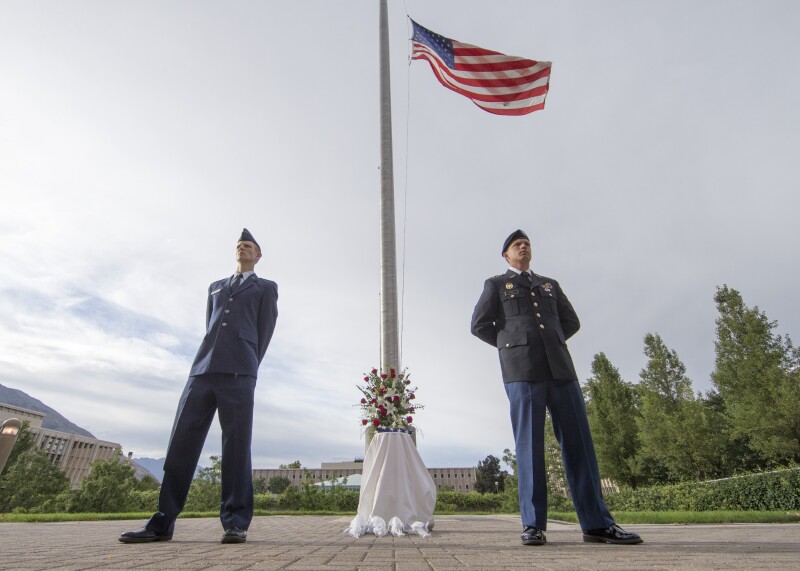 5 of 5
911e.jpg
Mark A. Philbrick/BYU Photo
1 of 5
Download this Gallery By clicking this link you agree to our Terms & Conditions
Related Articles
data-content-type="article"