A Brigham Young University researcher is twisting, bending and compressing human spines to develop better spare parts for the aching backs of millions of baby boomers.

"Low back pain is the second-most common cause of missed work days in the country and responsible for the largest percentage of workers compensation costs," says BYU biomechanical engineer Anton Bowden. "It's a tremendous burden on sufferers and on society."

Bowden builds computer simulations that re-create our backs' natural yet complex movements. Details of his latest work are published in the June issue of the academic journal Clinical Biomechanics.

Bowden's research program zeroes in on the role of our discs -- jelly-filled sacs between each vertebra that cushion our bones and allow us to bend and twist our spine. They commonly degenerate with age or disease.

"They'll weaken and the inner jelly substance loses its moisture, then the outer ring becomes less aligned and it collapses," Bowden explains. "The spinal cord and nerve roots coming off it can get crunched, and when those get pinched you get leg or arm pain."

A common surgery for degenerative discs is spinal fusion, where surgeons bind the faulty joint so it can't move. A recent study presented at the annual meeting of the American Association of Orthopedic Surgeons predicts that the number of spinal fusion surgeries will zoom from the current 300,000 per year to 5 million annually in 2030.

An alternative is artificial disc replacement, which has been approved by the FDA for only four years. Since current discs are designed for the "average" spine, Bowden seeks to give device makers the tools to create discs customized for various sizes and types of spines.

His BYU team of two graduate students and three undergraduates has a collection of 12 donated human spines from people of various sizes, races, ages and genders. To build their computer models, the researchers first calculate the stiffness and density of the bone based on x-rays and CT scans. They analyze soft tissue such as ligaments and discs using magnetic resonance images (MRIs). These tools also allow the researchers to record the three -dimensional image of bones, ligaments and discs and then measure their surfaces and where they attach.

The spines are then mounted in a mechanical tester with markers and strain gauges. The machine compresses the spine and moves it the way humans naturally move. Computers capture and quantify the motion. Then the team can create equations that explain how spines of certain physical characteristics will move under various levels of pressure and direction.

"The models can predict whether a device is going to succeed or fail, or maybe even be used to design devices in a way that can be successful for a certain patient population," Bowden said of the future use of his results.

"We can fast-forward time to look at how the bone and tissue changes over 10 or 20 years," he said. "We can predict where they'll dissolve away and where they'll get stronger. We can also predict what would happen if a healthy person with artificial discs developed osteoporosis and how that would change the stress distribution along the spine."

Bowden's most recent paper reports work done for his previous employer, engineering consultancy Exponent, Inc. It tackles the specific challenge of capturing the spine's motion in between its limits. It is relatively easy to measure how far a person can bend forward, but it is much more difficult to show how and where the spine flexes and moves during the process of bending. The paper concludes that the current models used in the field need to be improved to account for this "nonlinear" motion.

Bowden's eventual goal is to make his team's models freely available to the research community and device makers. That way manufacturers can test their devices against many types of spines and see where they fail before they are ever implanted in patients.

His struggles to match the body's natural efficiency have given Bowden newfound appreciation.

"Nothing we can engineer at this point matches what the body already has," he says. "There is no bionic replacement that performs better than the healthy human." 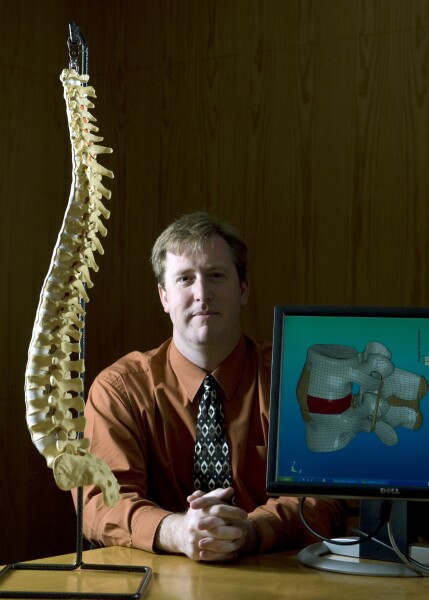 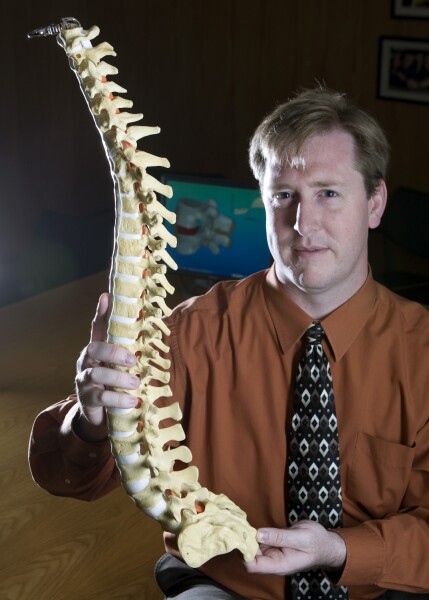 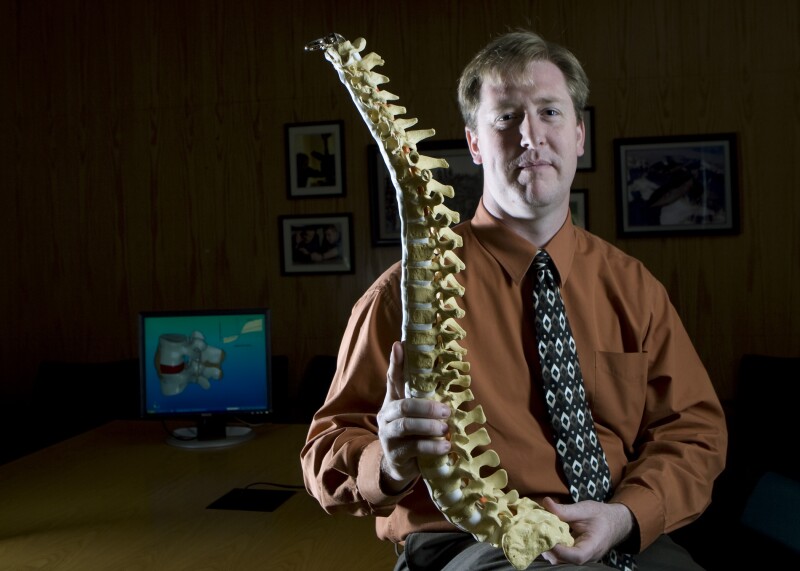 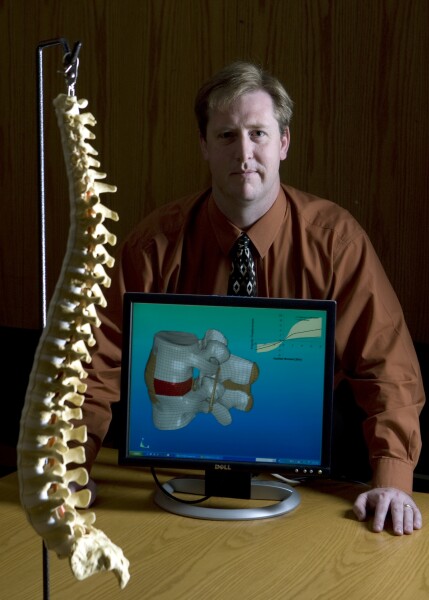 5 of 5
spine.jpg
Mark A. Philbrick/BYU Photo
1 of 5
Download this Gallery By clicking this link you agree to our Terms & Conditions
Related Articles
data-content-type="article"