A Brigham Young University professor and student participated in the North American Forum on Integration's fourth annual Triumvirate, a North-American Model Parliament, in Montreal during the end of May.

Earl H. Fry, Canadian studies coordinator and professor of political science, and Darren Jackson, a senior majoring in international relations, were active at the conference, where 100 university students from Canada, Mexico and the United States conducted an international negotiation exercise, simulating a parliamentary meeting between the North American political players.

“It was a pleasure for me to speak to the assembled university studentson the topic of 'Are Canada-U.S.-Mexico Relations at a Crossroads?' atMcGill University," said Fry. "I examined what might occur in therelationship now that NAFTA has been fully implemented. And I addressedthe concerns about the 'thickening' of the border in the aftermath of9-11. The students were quite attentive and asked a number of veryastute questions.”

Participants were assigned one of three roles: legislator (representing a country other than their own), journalist or lobbyist.

"Darren Jackson, Kennedy Center Student Council president, was selected by the organizers and the Kennedy Center, with the support of Professor Fry," said Cory W. Leonard, BYU David M. Kennedy Center assistant director. "The simulation is akin to BYU Model UN, in which Darren participated in the 2007 and 2004 nationally ranked teams and served as a TA."

“This is another opportunity for students to learn about multilateral diplomacy up close, and the David M. Kennedy Center is committed to exploring these opportunities, as we have done with the Model Arab League, Model UN, and partnering with the Center for the Study of Europe to co-sponsor the Model EU at the University of Washington,” said Leonard.

Jackson received an award for Outstanding Delegate and signed the guest book, called the Livre d’Or, in behalf of all the U.S. delegates. “There was a sense of reality to the whole event; the delegates were students who came from the three countries being represented, each bringing with them a unique depth of experience and passion, and the issues were those facing the cities and countries we would return home to at the end of the week,” he said.

“The topics were interesting, and the students were knowledgeable," Jackson added. "It was interesting to see one of the committees done completely in French, and all the general sessions had translation services so those wishing to speak in their native tongues could.”

The conference was held primarily at McGill University, with a few meetings at the hotel, and all of the general sessions were held in the Montreal City Council chambers.

NAFI organized the first Triumvirate in the Canadian Senate at Ottawa in May 2005, with 70 university students participating. The conference was held in Mexico City in 2006 and Washington, D.C. in 2007. Next year, the conference will return to Mexico. 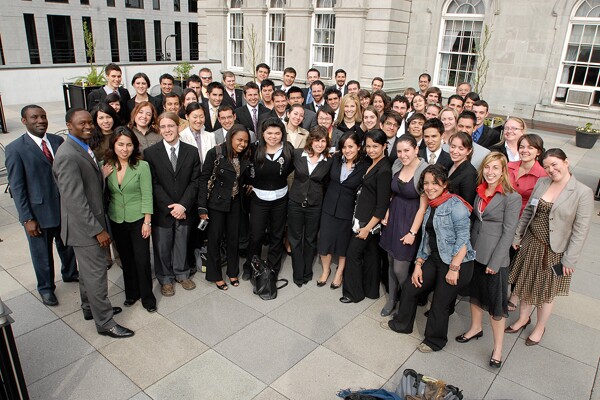 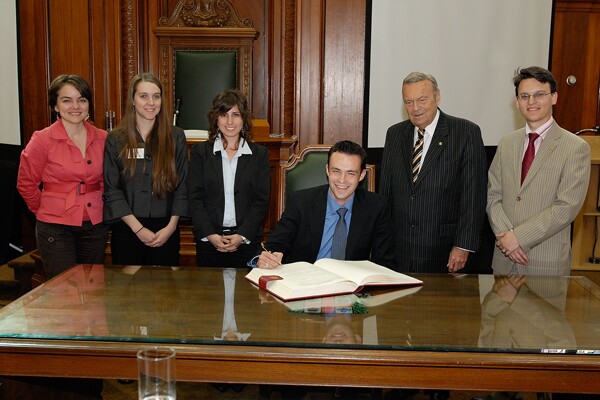 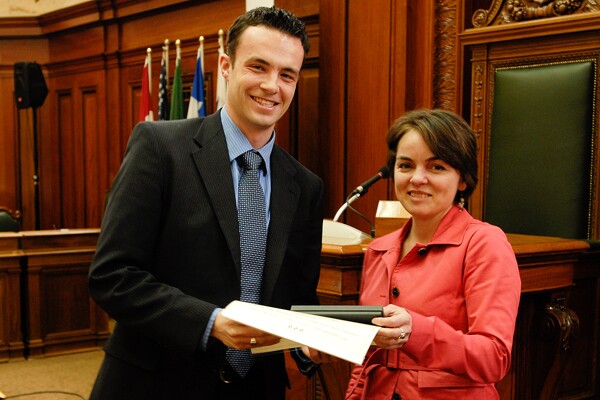 3 of 3
jackson-receive-award.jpg
Martin Viau, photographer
1 of 3
Download this Gallery By clicking this link you agree to our Terms & Conditions
Related Articles
data-content-type="article"