Brigham Young University has proposed to Provo City the building of a five-story student village that would contain 141 apartments on 800 North between 400 and 500 East.

He said the proposed plan calls for four buildings, which could house 754 single students in two- and three-bedroom apartments. The five-story complex would include a parking garage and minimal university services such as a copy center, a BYU Bookstore annex or an extension of BYU Dining Services on the ground level. It would be buit around a central, grass commons area.

Additionally, the university is proposing planting trees in the median of 800 North next to the complex to add to the beauty of the area and to slow traffic.

"It is important to remember that this is a proposed plan," said BYU spokesperson Carri Jenkins. "It has not been approved by the Board of Trustees. We have received approval from the board to go to this point, to seek feedback from the city and the neighborhoods."

BYU planners, who have been working on a 10-year master-housing plan, have worked with Architectural Nexus, the firm that helped the university renovate the Helaman Halls apartments and served as the architect for Wyview Park apartments. 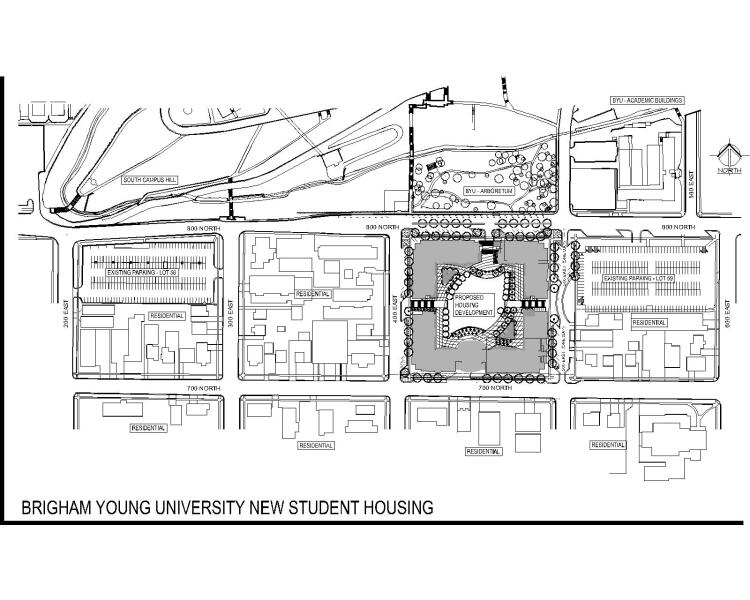 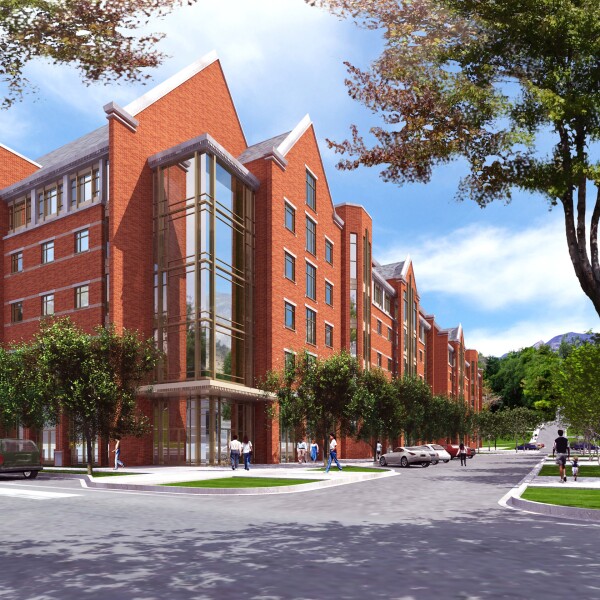 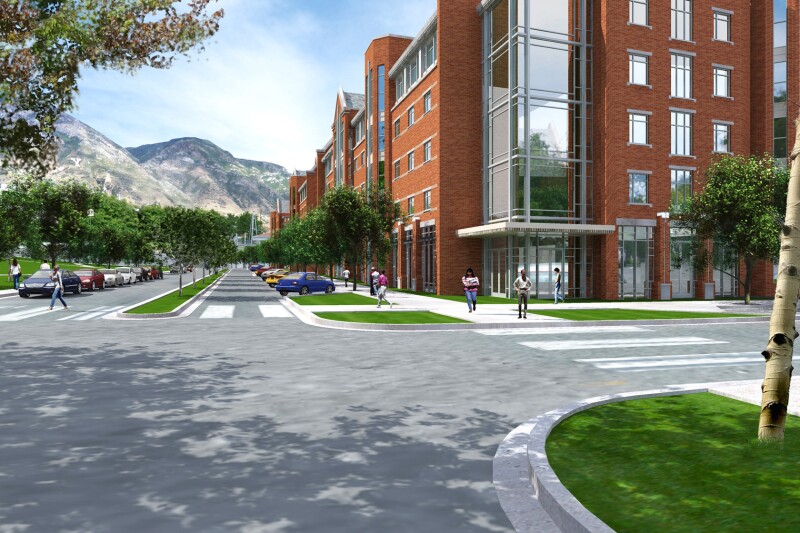 3 of 3
housing3-h.jpg
Architectural Nexus
1 of 3
Download this Gallery By clicking this link you agree to our Terms & Conditions
Related Articles
data-content-type="article"