BYU performing groups entertain audiences across the globe in 2006 tours

Almost 400 Brigham Young University students performed for more than 300,000 people during 2006 as eight performing ensembles traveled across the United States and Europe. Groups such as the Ballroom Dance Company, International Folk Dance Ensemble, Living Legends and the Young Ambassadors gave many performances to capacity crowds.

Living Legends traveled to Germany and Austria in May and was eagerly received by its European audiences, according to Dale Monson, director of the BYU School of Music. “A member of the center administration said it was the best thing that had ever been there,” Monson said of a performance at the Leipzig Congress Center. “The audience was most enthusiastic.”

Living Legends performers met with several dignitaries while on tour and were featured on two television shows reaching a potential of 38 million viewers.

The International Folk Dance Ensemble, celebrating the group’s 50th anniversary, traveled to Latvia, Lithuania and Estonia for the first time to participate in several folk festivals. In Estonia the group performed for the Independence Day party at the U.S. Embassy. Afterward they mingled with nearly 1,000 dignitaries, including the prime minister of Estonia, military generals, attachés, consuls and other guests from many different countries.

Aldona Wos, the U.S. ambassador to Estonia, said she appreciated the performance and the impact the performers had on her guests. “Thank you once again for sharing your gifts and superior talents with us at the U.S. Embassy’s Fourth of July celebration here in Tallinn, Estonia,” Wos said in a letter to the ensemble. “While there were no guns or bonfires, you did help us to take the celebration not just from one end of the continent to the other but from America to Estonia — from one end of the world to the other.”

The Chamber Orchestra took the BYU spirit to another part of the world as it traveled through England and Scotland. In Radlett, England, the orchestra performed to a packed house at the Radlett Centre. The proceeds from this concert went to the Alan Hawkshaw Foundation, an organization providing scholarship aid for musically gifted students.

“The BYU Chamber Orchestra demonstrates what the Hawkshaw Foundation is all about,” Hawkshaw told the Watford Observer after the concert. “It proves there is exceptional talent in our young people when they are given a chance, in both the UK and the USA. The future of our orchestras need not diminish when we have the talent out there.”

Talent was also evident to those in attendance at the Young Ambassadors’ shows throughout the Midwest and Texas. “Our city is full of culture, but this doesn’t happen in Laredo,” said local Sanjuanita Martinez-Hunter. As an instructor with a doctorate in dance, she appreciated the performance. “You all did miracles to do what you did on this stage.”

This stateside tour also provided an opportunity for the performers to appreciate the people and cultures of America’s heartland. “Staying with host families was one of my favorite parts of the tour,” said Young Ambassador Devin Williams. “Rather than getting to know theatres and hotels, you get to know people.”

The Young Ambassadors, Concert Band, Ballroom Dance Company and Folk Dance and Folk Music ensembles all performed for enthusiastic audiences in Nauvoo, Ill., at various times throughout the summer. With regularly sold-out performances, tourists from around the world were able to attend concerts featuring BYU groups.

The Dancers’ Company and Theatre Ballet stayed closer to home as they traveled separately throughout California and Nevada, interacting with members of the communities they visited through performances and outreach programs. “Autographs were being handed out; children were asking questions,” said Jan Djikwel, artistic director for Theatre Ballet. “I peeked through the curtain sometimes and that was always a moment for me in which I was speechless and touched.”

Synthesis performed at various jazz festivals throughout Spain and Portugal. The highlight for most of the performers was the 41st San Sebastian Jazz Festival. It drew a high caliber of jazz musicians that included jazz legend Herbie Hancock. “Here were all our heroes we’ve been listening to for decades and we are in the same hotel and eating breakfast together,” said Regan Brough, Synthesis bass player.

In the small mountain village of Ezcaray, Spain, Synthesis performed at the Ninth International Festival of Jazz. More than 500 people attended their concert, and a Spanish television crew also filmed Synthesis for a broadcast on Spain’s nationwide channel 2, Televisión Española.

The Ballroom Dance Company toured Ukraine and, unlike other groups, stayed an extra day in each city it visited to better associate with the community members. The dancers also presented various outreach performances. One of the most touching for performers was at an orphanage in Lviv, Ukraine

“The dancers learned that it’s not always about them; it’s about what they can do for others,” said artistic director Lee Wakefield. “I think they probably knew that, but it is reinforced in a positive way when we tour.”

BYU performing groups entertain audiences across the globe in 2006 tours 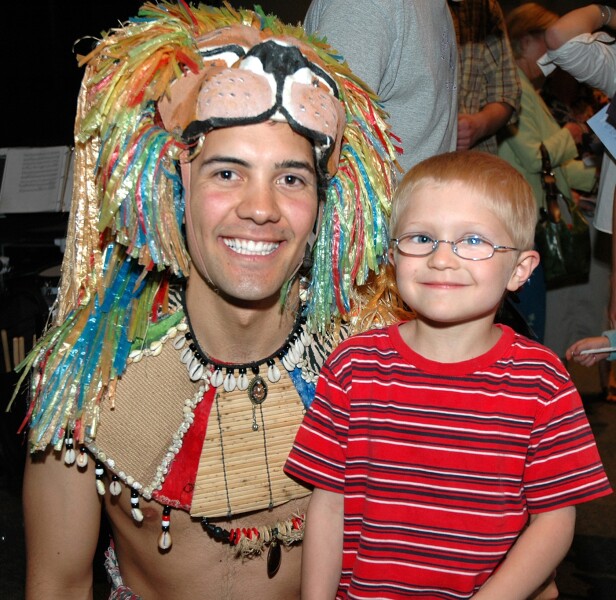 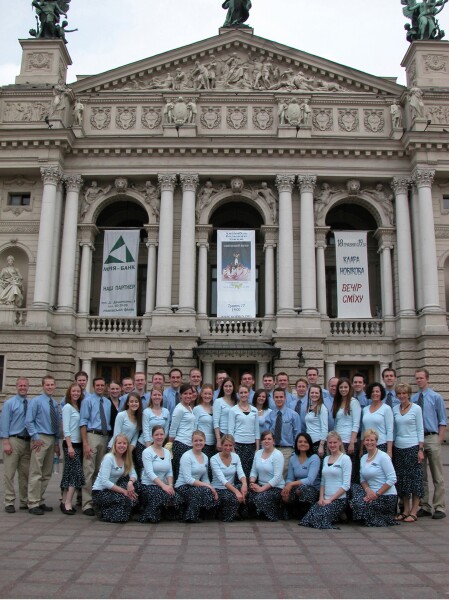 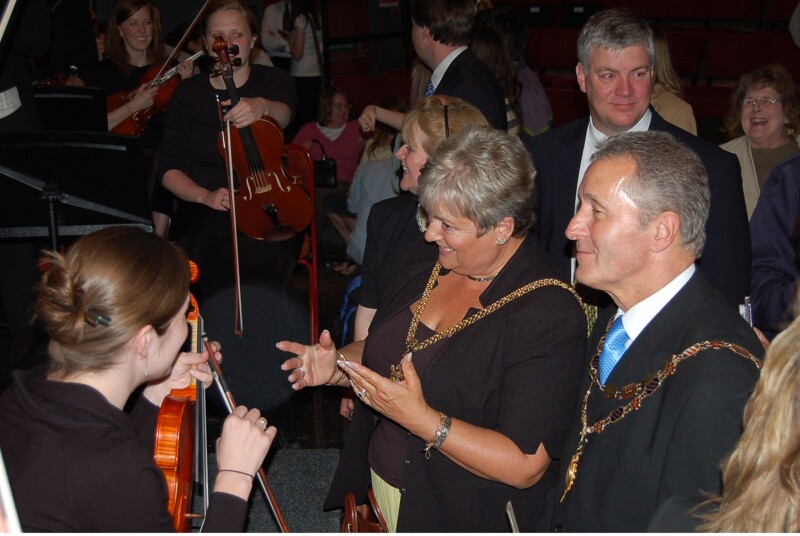 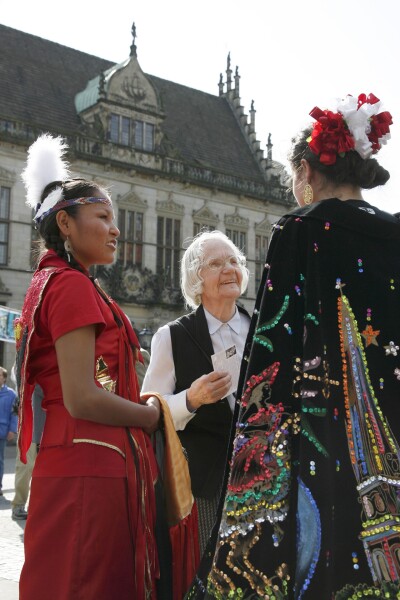 4 of 4
legends-h.jpg
Performing Arts Management
1 of 4
Download this Gallery By clicking this link you agree to our Terms & Conditions
Related Articles
data-content-type="article"