If you live - or love - Utah Valley there is an exhibit at BYU that you'll want to see.

Life in Happy Valley: A Historic Survey of Utah County, a new exhibition on display now through April 2016 at the Harold B. Lee Library at BYU, features photographs and artifacts to illustrate the area?s development.

If nothing else, the exhibit depicts incredible change that Utah Valley has experienced in the last century.

What started as an idea for a simple collection of photographs quickly grew into something much larger. From the vast holdings at BYU, the curators had to make careful selections focusing on the best and most interesting materials to tell the story.

"Working on this exhibition increased my awareness of the place we call home," said John Murphy, the Library's curator of 20th and 21st century Mormon and Western Americana. "The diversity of recreation opportunities and the amazing history of business and industry in the Utah County, as well as the geography and landscape were incredible."

The exhibit starts with artifacts from the construction site of the old Provo Tabernacle. Nails, coins, buttons and a piece of china are on display. Visitors will be able to track the changes to the building and other structures on the grounds, following fires and demolitions, through a timeline from 1851 to 2016.

Another section of the exhibit shows the development of the railroads. Following the completion of the transcontinental railroad, freight lines and spurs spread out across the country. In Utah Valley several lines were built including the Utah Electric Interurban Railroad. The train lines made the connection to the rest of the country much easier. A person could go from the station near downtown Provo and, through connections, reach either coast in a couple of days.

One photo in the exhibit shows that while rail travel made it comfortable to get to and from Utah Valley, it wasn't always safe. In 1918, Provo Mayor LeRoy Dixon was one of 14 passengers injured in a collision between a Denver & Rio Grand Railroad locomotive and a Salt Lake & Utah Railroad train.

The display also includes artifacts that long-time residents of Utah Valley will likely recognize. The original Timp Haven sign is on display, now known as Sundance Mountain Resort. Modern skiers may be impressed with Ray Stewart's early wooden skies, complete with bear trap bindings. Stewart was one of the original owners of the resort. The skis were Stewart?s first pair of "store bought" skis, before which he made his own in the woodshop at Provo High.

Memorabilia from Aspen Grove and the traditional Timpanogos hike is also included in the exhibit, including patches and buttons that were awarded to those who completed the annual trek.

An exhibit on the history of this area wouldn't be complete without an emphasis on Brigham Young University and Utah Valley University. Pictures and artifacts on display from the collection depict the origins of the two campuses - outlining the similarities and the differences.

Four BYU scholars contributed their specialties to the exhibition. Jay H. Buckley of the Department of History at BYU; Tom Wells, the Photo Archivist of the L. Tom Perry Special Collections; John Murphy, Curator of 20th and 21st century Mormon and Western Americana; and Cory Nimor, BYU's University Archivist, teamed up to bring together this historical work.

Life in Happy Valley: A Historic Survey of Utah Countyis located on the main floor of the Harold B. Lee Library at BYU. Admission is free and the public is welcome to visit during all regular library hours, 7 a.m. until midnight, Monday through Friday and 8 a.m. to midnight, on Saturdays. Visitor parking is available north of the Museum of Art and on the east side of campus. 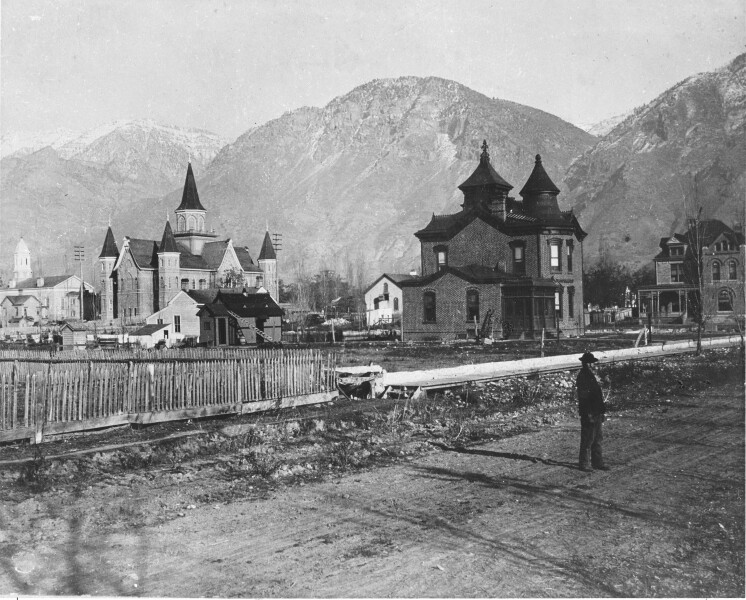 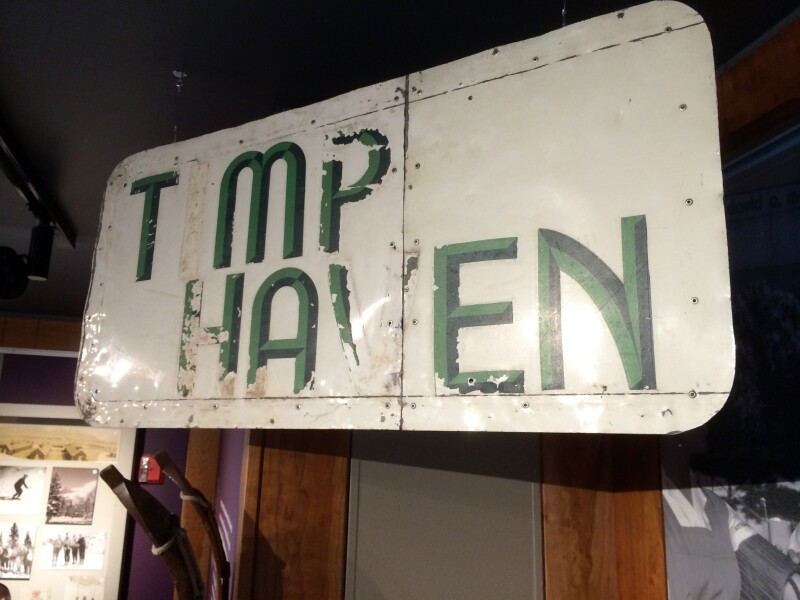 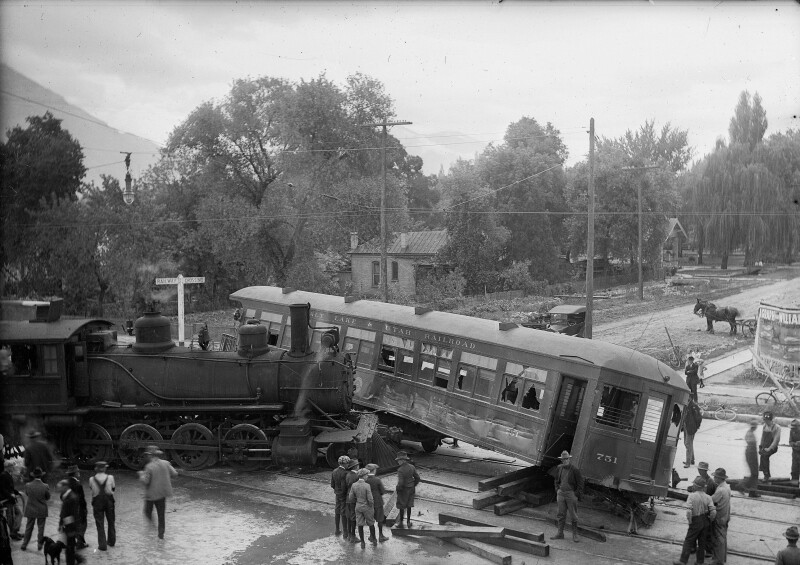 4 of 4
097 collision BYU.jpeg
BYU Photo
1 of 4
Download this Gallery By clicking this link you agree to our Terms & Conditions
Media Contact: Emily Hellewell
Related Articles
data-content-type="article"