The Jazz Legacy Dixieland Band under the direction of Steve Call will perform Thursday, Feb. 12, at 7:30 p.m. in the de Jong Concert Hall, Harris Fine Arts Center. Tickets are $6.

Guest artist Bryan Shaw is fluent in a wide range of jazz cornet and trumpet styles, from ragtime and Dixieland to West Coast and contemporary styles. He has performed extensively across the United States and the United Kingdom.

The BYU Jazz Festival Grand Concert will feature Synthesis, BYU's big band under the direction of Ray Smith, with Grammy-nominated guitarist Anthony Wilson Friday and Saturday, Feb. 13-14, at 7:30 p.m. in the de Jong Concert Hall. Tickets are $16, or $11 with BYU or student ID.

Anthony Wilson has recorded six solo albums since 1997 in addition to appearances with Diana Krall, Aaron Neville and the Clayton-Hamilton Jazz Orchestra.

Tickets may be purchased online at www.byuarts.com, by phone at (801) 422-4322 or in person at the Harris Fine Arts Center Ticket Office. 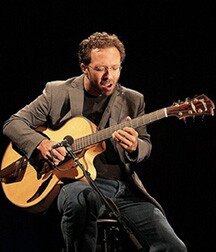 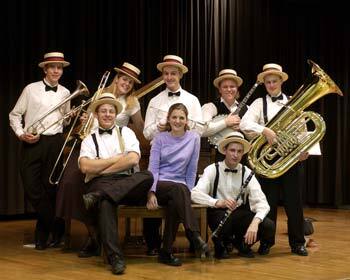 2 of 2
jl.jpg
Associated Press
1 of 2
Download this Gallery By clicking this link you agree to our Terms & Conditions
Related Articles
data-content-type="article"