One of the oldest double basses in the world has a rich musical history filled with ghost stories, international fame, an airplane accident and most recently, a six-week visit to BYU.

Its previous owners are known as champions of contemporary music and builders of musical culture. It’s known as the Karr-Koussevitzky double bass.

“To have the Koussevitzky bass come to BYU makes me feel like my music experience has come full circle,” said Christian Hales, a sophomore in string bass performance. “It’s almost a spiritual experience for me to feel the connection to an artist that shaped so much of my musical life.”

The instrument was used this past October by world-renowned double bassist Boguslaw Furtok in a recital in the Madsen Recital Hall in the Harris Fine Arts Center, following a lengthy process of ensuring its arrival.

Boguslaw had never been to the United States before his visit to BYU and was planning to travel without his own bass. He contacted his friend, BYU professor Eric Hansen, for help in finding a suitable and worthy bass to perform on.

“He told me that he’s never played a recital in his life on a bass that isn’t his own, [that] this would be his first time,” said Hansen, professor of double bass. “He was concerned about the quality of the bass, as was I – he’s one of the best in the world. A day after a phone conversation with Bogus in June, a light bulb went off, and I began to wonder. . . .”

Hansen made some phone calls to the director of the International Society of Bassists in Dallas, and was able to arrange to have the Koussevitzky bass come for a residency at BYU under one condition: that he pick it up and personally transport it by car from its home in New Mexico at Robertson and Sons Violins, one of the most prestigious stringed instruments shops in the U.S.

“I was just ecstatic,” Hansen said. “I immediately emailed Boguslaw and said, ‘I have some exciting news, when can you Skype?’ I wanted to see his face when he heard. He reaction was really fun: immediate confusion like ‘Did you just say the Karr-Koussevitsky bass?’ and then playful disbelief like I was pulling his leg. It was great!”

Boguslaw wasn’t the only one who learned his way around the Karr-Koussevitzky bass during its six-week residency at BYU. Students came in the early hours of the morning and stayed late at night for a chance to play the iconic instrument. Former students returned to BYU to take pictures with it, and members of the community visited to take a look.

For over a century it was believed the double bass was made in the year 1611, but recent analysis of the wood has placed it closer to the mid-1800s. Serge Koussevitzky, best known for his tenure as the Boston Symphony Orchestra director, made the bass famous after immigrating to the United States. A 1929 recording of Koussevitzky playing the double bass can be found here.

“Sergei Koussevitzky had died in 1951, and in 1959 his widow attended a New York concert of a budding new double bass talent, Gary Karr,” Hales explained. “During the recital, she reported seeing the ghost of her husband embracing the performer and took it as a sign that she was to bequeath the bass to this young man.”

In 2004, Karr donated the bass to the International Society of Bassists – an organization he founded in 1967 – after touring, performing and recording with the instrument for more than four decades.

Ironically, Furtok first saw this famous bass in the hands of Gary Karr as a teenager in Poland in the late 1970s. Karr was touring Europe and a young Furtok saw a broadcast of Karr’s concert in Posnan.

According to Hansen, during his visit to BYU Furtok acknowledged how special it was “to come full circle” by performing in the U.S. on the very instrument that he had seen Gary Karr playing on TV in Poland so many years ago.

The bass’s visit to BYU generated additional local interest with several of Hansen’s colleagues, and over the next three months it will spend time at the University of Utah, Utah State and BYU-Idaho.

“The most satisfying thing to me is that, through the great support from the [BYU] School of Music, my students get to have such a singular and memorable experience as this,” Hansen said. “Years down the road they’ll all look back at their pictures with the Koussevitzky bass and say ‘Wow, I was playing it!’” 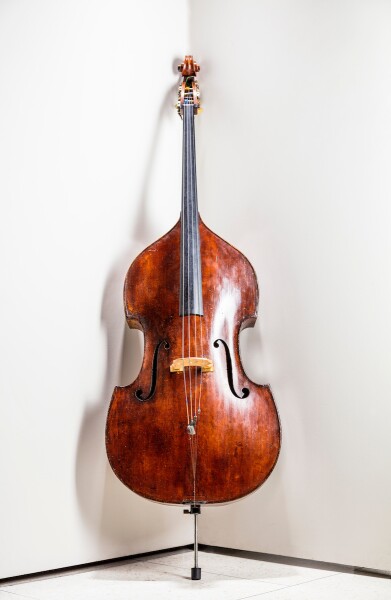 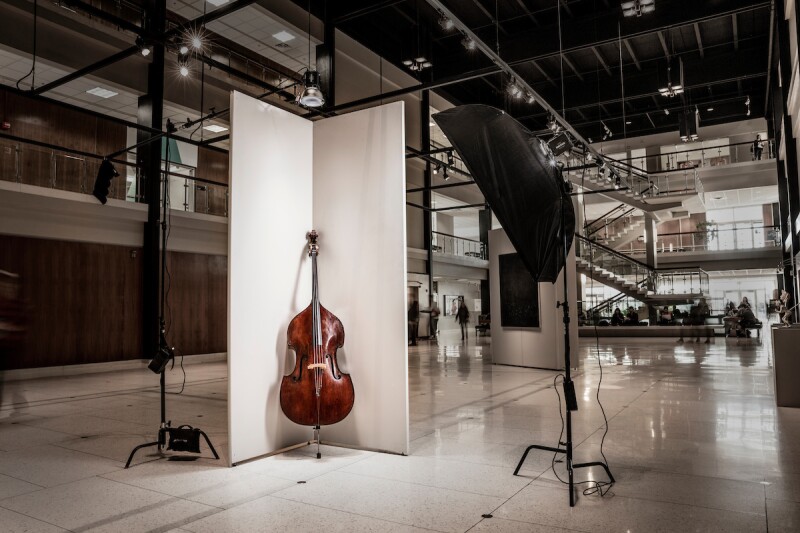 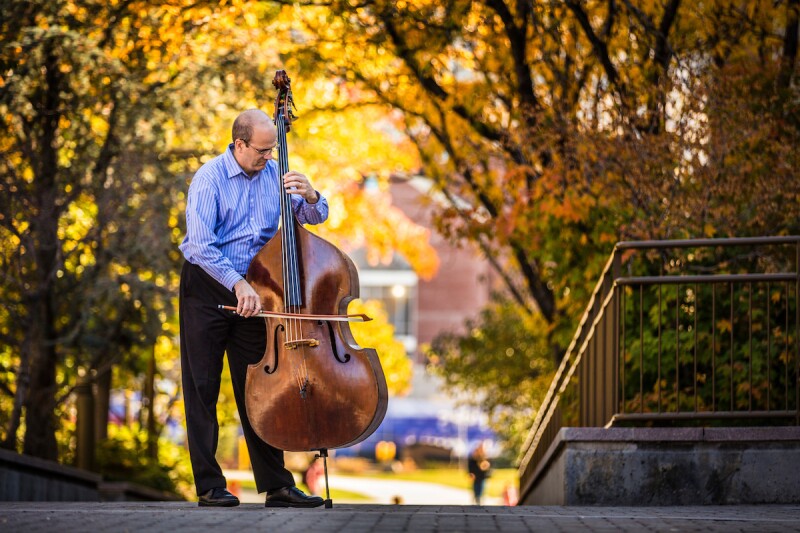 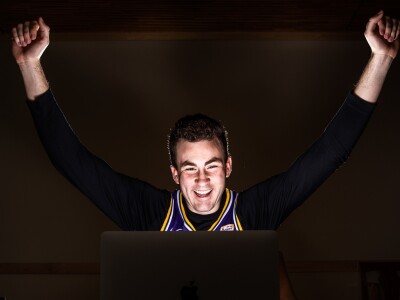 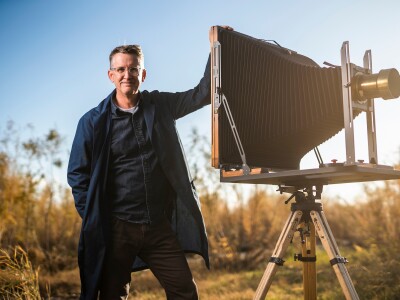