Christine Porath, associate professor at the McDonough School of Business at Georgetown University, delivered the forum address on Tuesday. She shared research findings about civility, including why it is important and how we can achieve it.

What is incivility? Porath defined incivility as disrespect or rudeness. She said it can include belittling, mocking, telling offensive jokes or even texting during meetings. What constitutes incivility depends on expectations and whether someone felt disrespected.

“We may not mean to make someone feel [disrespected], but when we do it has consequences,” said Porath.

In her own life, Porath saw her dad suffer physical strains from stress at work that eventually sent him to the hospital. That experience helped her see when her own work life became toxic. After hearing degrading comments every day, she quit her job and went back to school to study the effects of such behavior.

Her research found that incivility affects both individual people and organizations. Following uncivil interactions at work, 66% of people cut back their efforts, 80% lost work time and 12% left their jobs. One organization calculated that they lost 30 million dollars because of incivility.

Porath’s research shows that incivility does not just affect those who experience it: it also affects those who see it or hear about it. In her studies, witnesses to incivility performed 25% worse at cognitive tasks and contributed 45% fewer ideas in brainstorming sessions. According to Porath, witnessing incivility can also prime people for less civil thoughts.

With these findings in mind, Porath asked why we still see so much incivility. She concluded that incivility happens for two main reasons: because people are stressed and because they believe it is the only way to get ahead. People believe that the nice guy finishes last, but the reality is that civility pays. People who are seen as civil are seen as greater leaders with more integrity and higher social status.

However, Porath cautioned that being civil doesn’t just mean you’re not being a jerk. Civility means avoiding negative behaviors and embracing positive ones. This is difficult for many people because they are not aware enough of their own behaviors. Nearly 95% of people think they are self-aware but only about 15% are actually self-aware.

Porath said that even small adjustments such as thanking, sharing credit on collaborative work, listening attentively, humbly asking questions, acknowledging others and smiling can have a big difference.
“Civility lifts people up. We will get people to give more and function at their best if we’re civil. Incivility hijacks performance. It robs people of their potential…. When we have more civil environments we are more productive, creative, helpful, happy and healthy. We can do better. Each one of us can lift others up.”

Next Devotional: David A. Bednar, member of the Quorum of the Twelve Apostles

Elder David A. Bednar, a member of the Quorum of the Twelve Apostles of the Church of Jesus Christ of Latter-day Saints, will deliver the next BYU Devotional on Tuesday, December 4, at 11:05 a.m. in the Marriott Center. 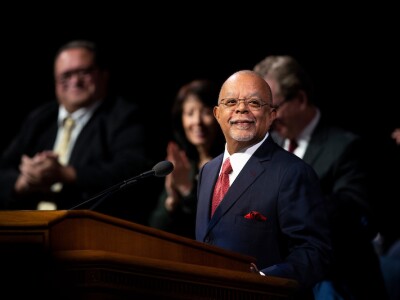 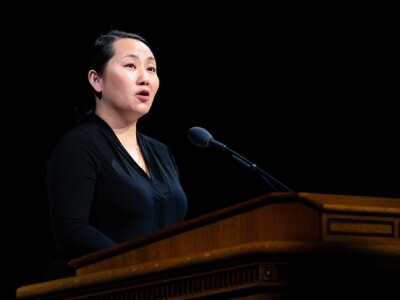 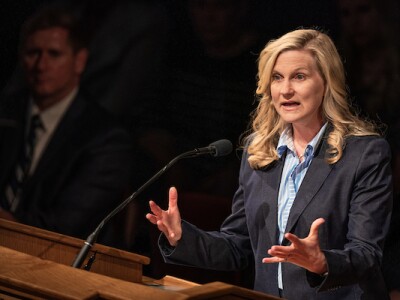