Murderous criminals, romantic strife, insane in-laws and arsenic will all be served up in the Brigham Young University Department of Theatre and Media Arts production of “Arsenic and Old Lace” March 29 through April 25, at 7:30 p.m. in the Pardoe Theatre.

Dress rehearsal performances will take place Wednesday and Thursday, March 29-30, and a matinee performance will begin Saturday, April 8, at 2 p.m. There will be no performances on Sundays and Mondays.

Tickets are $12 or $9 with BYU or student ID. Seats for dress rehearsals and the matinee performance are $5. To purchase tickets, call the Fine Arts Tickets Office at (801) 422-4322 or visit performances.byu.edu.

“The highlight of the show is the talent of Barta and Janet,” Harrop-Purser said. “They have both performed widely as professional actors, and they are hysterical in their roles.”

“Arsenic and Old Lace” is an ironic comedy about murder, as two little old ladies who, to the horror of their nephew, charitably kill lonely elderly gentlemen and then inter them in their basement with the full Christian burial of their choice.

“The irony of the sweet little old ladies could almost become more frightening than our sadistic murderous villain, if we weren’t having so much fun laughing at them,” she said. “The absurdity of this play makes it a safe place to be scared.”

“My concept for ‘Arsenic and Old Lace’ is a pair of knitting needles knitting some sweet little doilies that turn into horrible multi-fanged snakes that eat all of the lace and spit up little colored jackets,” Harrop-Purser said. “Things are happy and beautiful, and then we realize they aren’t fine at all and become scared. As the play becomes more and more absurd, we realize that we never really were in danger.” 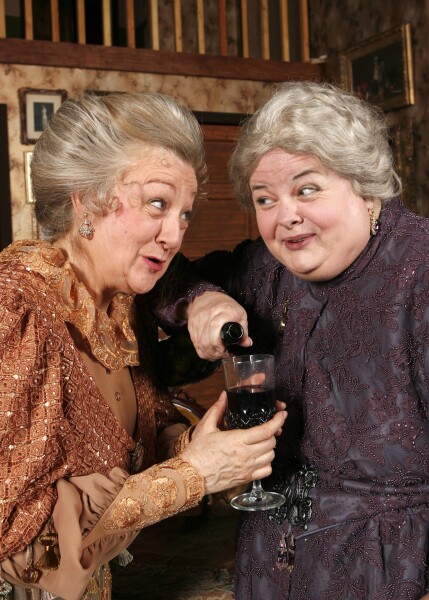 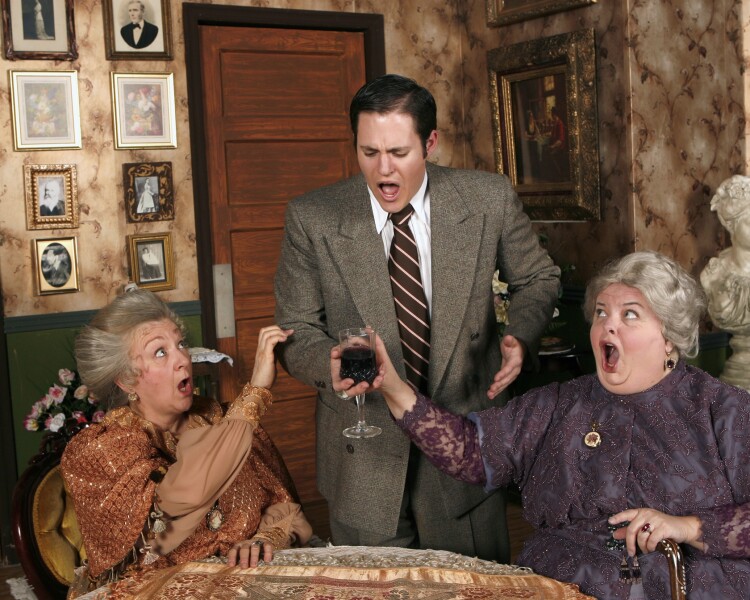 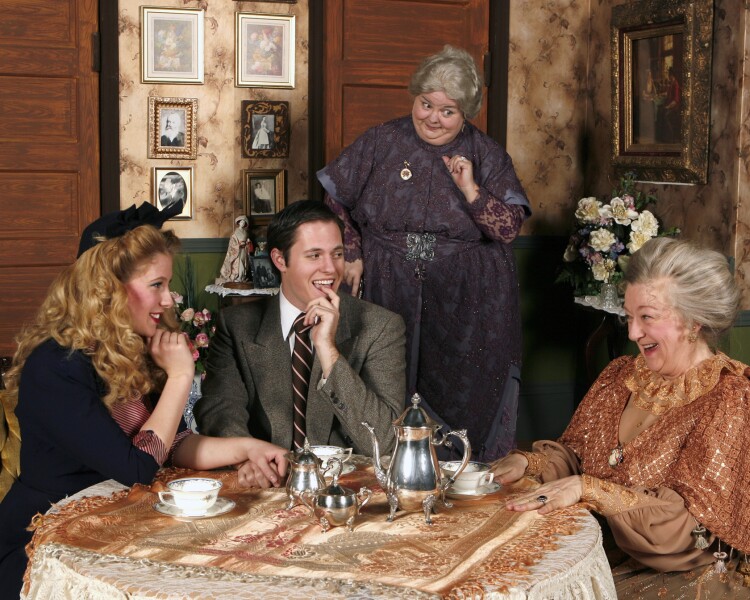 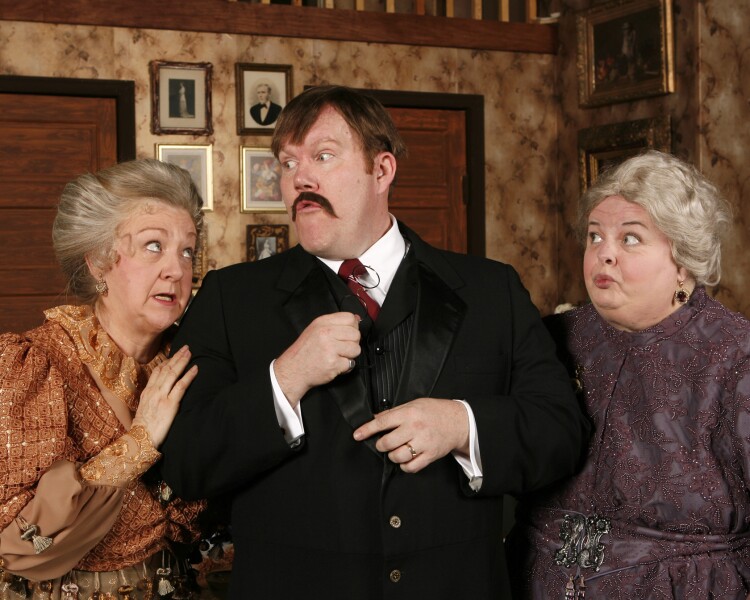 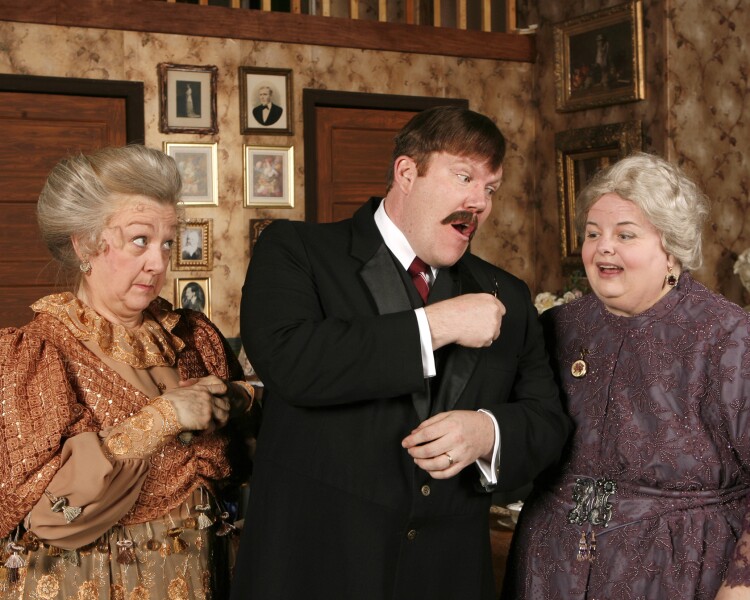 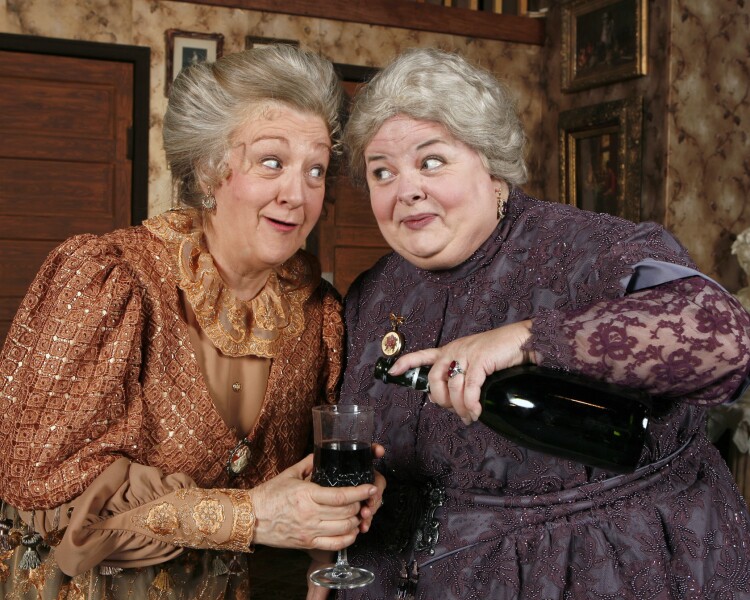 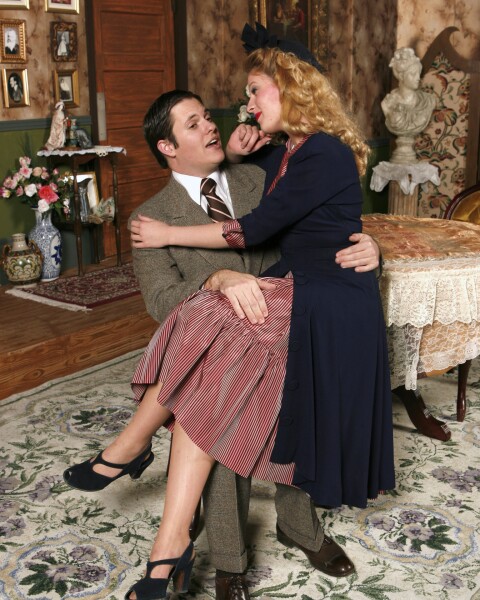 7 of 7
0603-21 237 L.jpg
Mark A. Philbrick/BYU Photo
1 of 7
Download this Gallery By clicking this link you agree to our Terms & Conditions
Related Articles
data-content-type="article"