Eye-tracking technology allows people with disabilities to use their eyes to operate a computer. Imagine moving your eyes to direct the cursor to a link on a Web page. Then you just blink instead of click.
But for existing devices to work, users must sit relatively still so the camera that tracks eye movement stays in focus. That’s difficult for anyone, but especially children.

That’s where BYU engineering students come in. The president of Eye Tech Digital Systems, an eye-tracking company, Robert Chappell, wanted to develop a system that could autofocus when a user moves.

A BYU alum, he was reading his copy of BYU Magazine and saw an article about the Capstone program, which teams senior engineering students with companies that need engineering solutions.

“I thought that would be perfect for us,” said Chappell, who went on to sponsor a project to find a lens that could be programmed to work when the user sits varying distances away from the device that sits under the monitor. “I’ve been very happy with the team members; they’ve been very responsive and managed the project very well.”

The team researched and tested many concepts before they found the best solution.

“One thing we thought would be a good solution, but turned out not to be is a motorized focus like what they use on security cameras,” said Shannon Zirbel, a mechanical engineering major who helped lead the team. “The focus range was not what we were looking for.”

The team eventually found success with a special lens that can shift within a range of one millimeter, so it fits easily inside Eye Tech’s existing product, but can adjust to a user’s head moving several inches in any direction. The team also developed a mechanism to gently push on the lens to adjust it and programmed software that controls the focus.

Eye Tech also asked the BYU team to be sure their solution could endure constant use. Where a digital camera focus mechanism might need to work a few times per use, this tool would be relied on by people who need it for hours on end.

“To test it for reliability, we did 500,000 cycles of changing the focus, five times a second,” said Brian Spencer, a mechanical engineering major. “There were no problems, and we’re still using that same device.”

Now that the students have proven the concept and developed the tools to program the focus manually, Eye Tech can complete the development of an autofocus.

“What the students made is a prototype,” Chappell said. “We’ll take it further, and if it all works out, we may put it in the commercial product. What they developed could go to helping those that are severely disabled.”

Eye-tracking technology can also be used for market research, to see how consumers react to advertising, for example, and for interactive displays at museums and amusement parks. But assisting people with disabilities is what means the most to the BYU team.

“Different programs packaged with this technology can help disabled people communicate as efficiently as you and I can text on our phones,” Spencer said. “We’re giving people chances to communicate that haven’t had them before and using our education to benefit others.”

Zirbel and Spencer were joined by Kyle Dallon, Peter Hyatt and Robby Parker, and the team was coached by Brian Jensen, assistant professor of mechanical engineering.

The Capstone course began at BYU in 1990 with just four projects and has expanded to include approximately thirty industry-sponsored projects each year with a total of 545 completed projects over the past twenty years. The program has worked with more than 200 companies from 25 states and 11 different countries with ongoing international efforts. 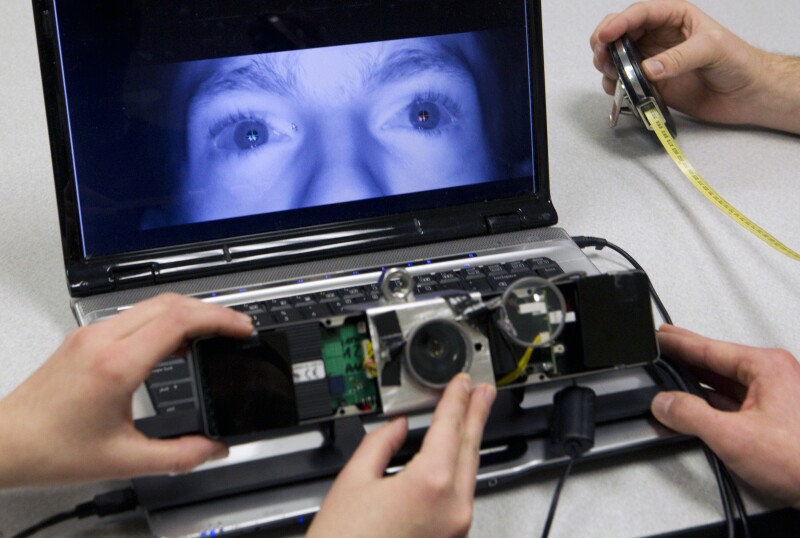 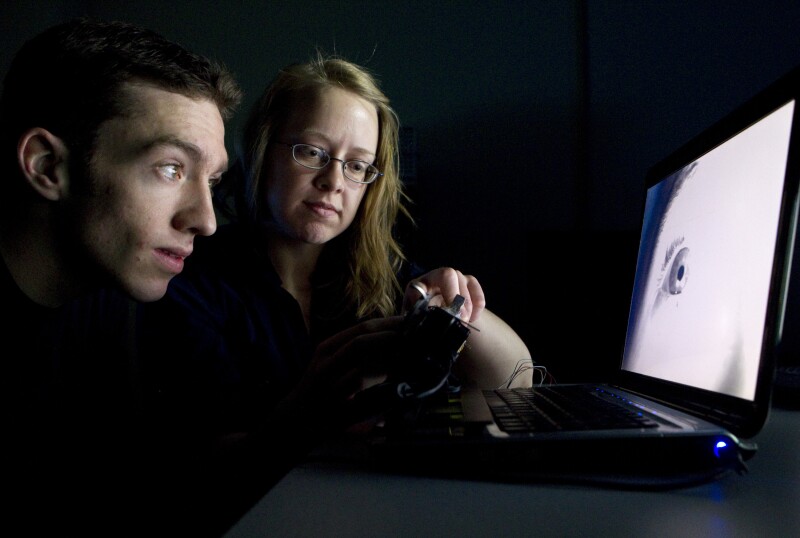 2 of 2
1001-42 310.jpg
Jaren S. Wilkey/BYU Photo
1 of 2
Download this Gallery By clicking this link you agree to our Terms & Conditions
Related Articles
data-content-type="article"