And while the BYU version is blue (of course) and doesn’t necessarily look like Baymax or serve as your “personal healthcare companion,” it has a lot of the same features — soft, totally inflatable, run by pneumatics and very kid-friendly.

“Our soft-robotics research is about making robots that are safer around people,” said BYU robotics researcher Marc Killpack, a professor of mechanical engineering. “Traditionally, robots are pretty dangerous so there are lots of places we think soft robots have some nice applications.”

King Louie, as the robot is called, was programmed entirely by BYU students and faculty. Students inflate various sections or joints of the robot to create desired movements, all of which is controlled by microchips that communicate to a computer system.

The robot is made of a fabric and its interior is similar to that of a bike tire. Since King Louie is completely inflatable, he is also completely deflatable, which means he can shrink to a small, easy-to-store size. That is a must for the folks at NASA who are in constant need of engineering solutions that can fit in tight spaces.

“And because he is completely inflatable, he can’t hurt you,” said student Dustin Kraus. That comes in handy since Kraus and other students regularly show off King Louie to children at elementary schools. “The first thing they want to do is hug him — or punch him. And we have no problem with that because he’s harmless.”

New research by Killpack and his students on the viability of soft robotics like King Louie was recently published in the leading journal in the field. 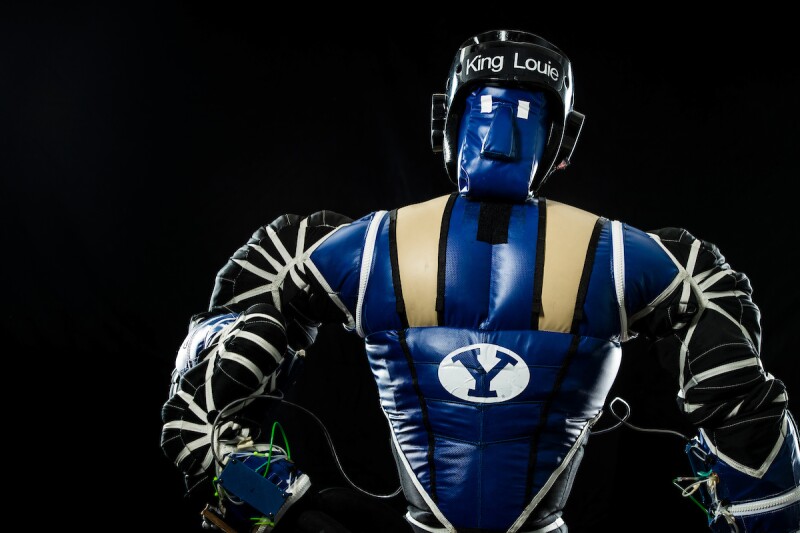 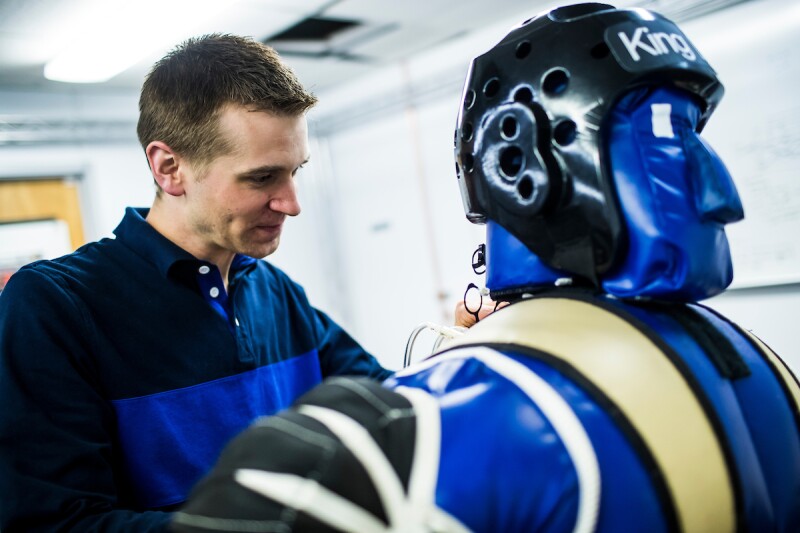 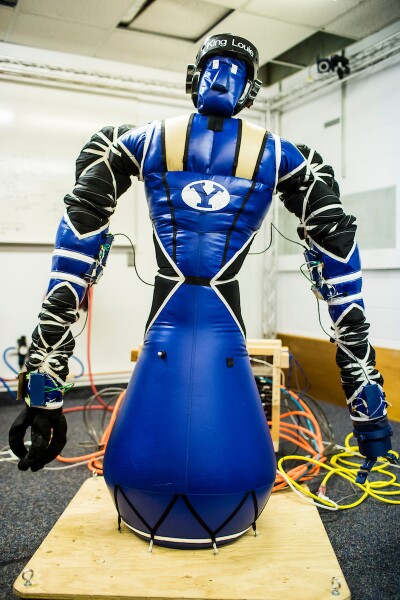 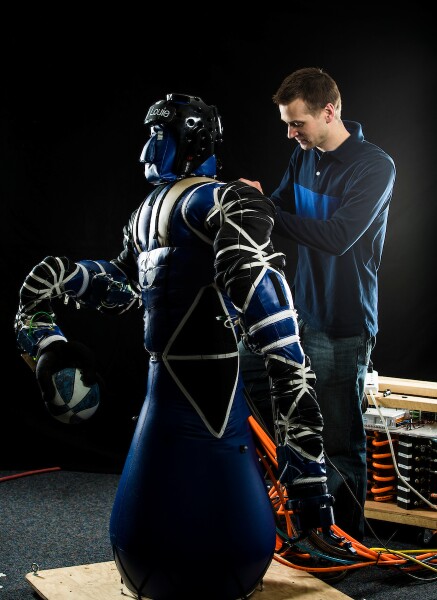