Keith Wilson, associate professor of ancient scripture, gave scriptural evidence that God does care about each person at Tuesday's Devotional in the de Jong Concert Hall.

Wilson’s students have expressed to him they feel “ultimate vulnerability” when they start college at BYU. Wilson felt these same feelings as a young freshman, and he addressed his comments to students who are feeling lonely or intimidated.

Even though a student may be ecstatic at their acceptance letter, once they arrive at BYU, they may start to feel like they made the wrong choice. Wilson calls this the “deflation syndrome.” He acknowledged that BYU’s size and reputation can make students feel lost.

“There is one concern that seems to show up often in my students and even in my own seven children who have studied here,” said Wilson. “And that is, ‘Do I really matter to BYU?’ Or should this university more appropriately be called ‘B-Y-Many’?”

Wilson noted that students felt God’s awareness of them during the acceptance process to BYU, but upon arriving, some feel lonely and think that God does not care about them personally.

Wilson cited several scriptures where God tells of his love for each of his children. He noted that verses often refer to humankind with the singular form “man,” to show God is interested in the individual.

“As clear as our doctrinal dictations are about God knowing and working for each of us personally, these same doctrines sometimes dim or may not be very convincing when we face discouragement or loneliness at BYU,” said Wilson.

To illustrate God’s concern for the individual, Wilson told the Biblical account of Jesus Christ’s interaction with the widow of Nain. In the account, Christ passes by a burial procession and brings the widow’s son back to life.

Because Wilson taught at the BYU Jerusalem Center, he shared context and insights to this story that enhanced the meaning.

Nain was, and still is, a small, almost isolated farming village. The day before visiting Nain, Christ was in Capernaum. To get to Nain, Christ had to hike over 30 miles mostly uphill, which would have taken a day or two. Wilson guesses Christ walked through the night to reach the funeral just before the young man’s burial.

Wilson considered the cultural, financial and spiritual implications of the widow whose son had died.

“In Jewish culture, it was believed that when a husband died before old age, it was a sign of God’s judgment for sin,” said Wilson. “Not only was there spiritual and emotional pain, but this widow of Nain was also facing financial ruin.”

Women during this time period were financially dependent upon their husband and sons, of which the widow of Nain now had none. She must have questioned God’s love for her amidst this tragedy, said Wilson.

“When he saw her tear-stained face walking behind that slab, Jesus felt great compassion for this woman — but it came from feelings that he experienced, or sensed, long before he just ‘happened’ to intercept that burial entourage. He clearly planned to be there in her moment of need,” said Wilson.

Wilson described how Christ gave life back to the son, and the widow and the village rejoiced. Christ knew this woman’s immediate need, and he rushed to help her.

“I hope this woman’s experience will be of great comfort to each of you here at BYU, especially when you feel rather insignificant,” said Wilson. “Jesus hurried to the widow, and he will hurry to you as well.”

Wilson encouraged all to reach out and serve others, because each student was meant to be at BYU. He underscored this point by sharing a discouraged BYU freshman’s experience. When this student arrived in a large general education class, the professor told her God loved her and was aware of her. This experience was an answered prayer for the student.

“You of BYU matter to the Lord,” said Wilson. “Please never let our size, our professionalism, our academic rigor or any other aspect of Brigham Young University convince you otherwise.

Next Devotional: Diane Reich, associate professor of Voice and Division Coordinator in the BYU School of Music

Diane Reich, associate professor of Voice and Division Coordinator in the BYU School of Music, will deliver the next Devotional address on Tuesday, June 6, at 11:05 a.m., in the de Jong Concert Hall.

Reich’s remarks will be broadcast live on BYUtv, BYUtv.org (and archived for on-demand streaming), KBYU-TV 11, Classical 89 FM, BYU Radio and will be archived on speeches.byu.edu. 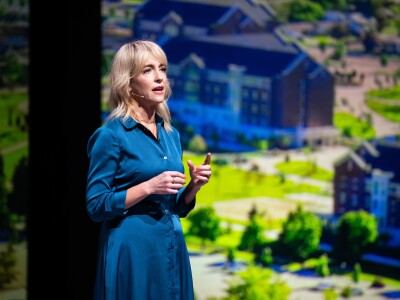 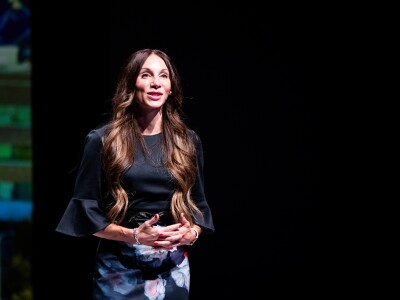 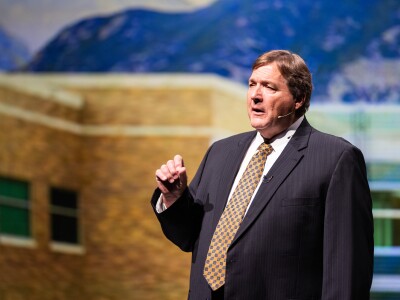