Brigham Young University researchers have developed an improved method for making a drug called " cladribine" that has proven effective against certain types of cancer, including hairy cell leukemia, which affects as many as 800 patients a year.

"It's very gratifying to know that something we do in the laboratory may be used to improve the condition of others," said Robins, whose past research and discoveries have contributed to the fight against AIDS and hepatitis B.

Arthur D. Broom, professor of medicinal chemistry and associate dean for research at the University of Utah's College of Pharmacy, said that Robins is one of the world leaders in the area of nucleoside chemistry. Nucleosides are the building blocks of DNA and RNA, which carry a person's genetic information.

"A problem with cladribine and many similar drugs is that they are very difficult and expensive to make, largely because the chemical syntheses involved result in the formation not of just the desired drug, but several related, but useless, chemical compounds," said Broom.

"Dr. Robins has found a novel, relatively inexpensive and highly specific way to eliminate the formation of these unwanted byproducts, giving the pure cladribine as the sole compound," added Broom. "This is a very significant advance in making important drugs available at reasonable cost."

BYU's new patent-pending method may be of interest to pharmaceutical companies that produce cladribine.

Piet Herdewijn, professor of medicinal chemistry at the Rega Institute for Medical Research in Belgium, a leading laboratory for antiviral research, said Robins' method is creative and represents an important discovery in the "difficult" field of nucleoside synthesis.

"A good method to synthesize cladribine is important for industries that produce this compound, and even more important to the patients that need the drug for treatment," said Herdewijn. "Dr. Robins' methodology has no precedent in the field and brings the technology near to perfection." 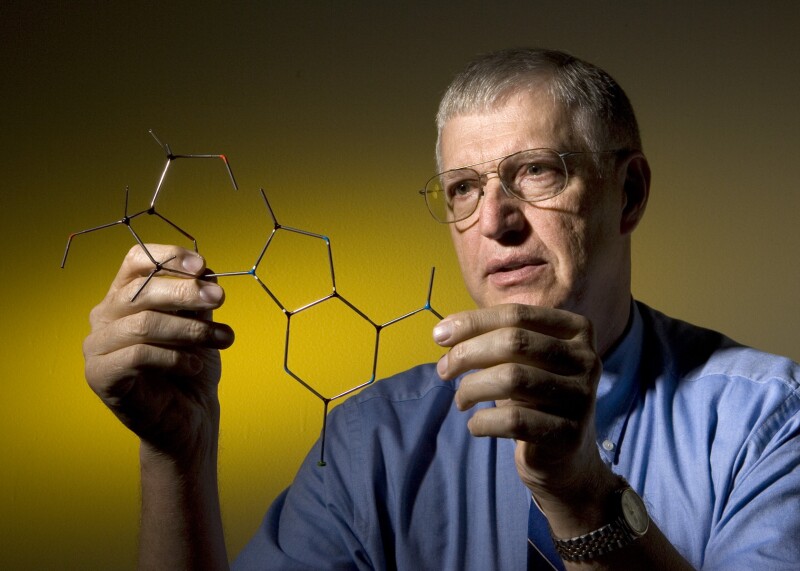 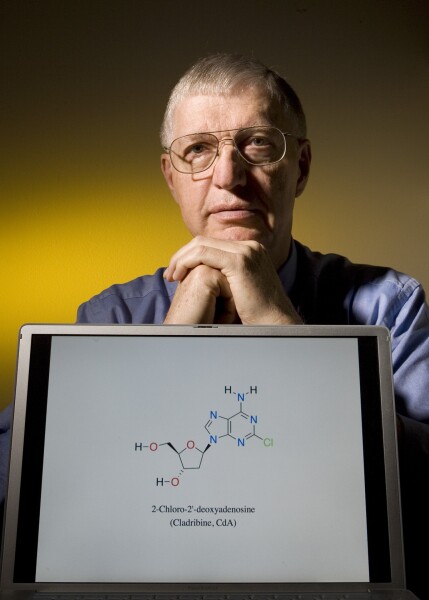 2 of 2
Robins 0610-31 27-L.jpg
Mark A. Philbrick/BYU Photo
1 of 2
Download this Gallery By clicking this link you agree to our Terms & Conditions
Related Articles
data-content-type="article"