BYU researchers have created a miniaturized, portable version of a tool now capable of analyzing Mars’ atmosphere — and that’s just one of its myriad possible uses.

For decades mass spectrometers have offered a relatively fast and highly sensitive way to analyze and detect chemical compounds. But their bulky size has been a hindrance, limiting their in-field potential.

But after spending 12 years exploring the problem, BYU chemistry professor Daniel Austin, joined by electrical engineering professor Aaron Hawkins and other colleagues, has developed a much smaller spectrometer that still has the capabilities of its larger counterparts.

“The goal was to take what would otherwise be a huge, benchtop instrument to something that’s small enough to carry with you,” said Austin, whose team’s findings were recently published in the Journal of the American Society for Mass Spectrometry.

Though smaller spectrometers have been developed in the past, they’ve generally been less sensitive and more likely to break down. But a small spectrometer whose capacity and strength isn’t minimized by its size, Austin said, opens up a world of potential applications, including the following:

“Because mass spectrometers are typically large and expensive and require technicians to operate, not many people can get access to them,” said Yuan Tian, a study co-author and recent BYU chemistry Ph.D. grad. “But miniaturized mass spectrometers aim at overcoming these traditional problems by reducing their physical size, weight and cost.”
That, in turn, “provides a faster and simpler way for compound analysis,” added fellow co-author and chemistry Ph.D. grad Ailin Li.

Ion trap mass spectrometers typically work by metal electrodes creating an electric field. That electric field has a radio frequency signal applied to it, which traps ions. Scientists gather samples, ionize them, trap the ions and then eject and detect those ions based on their masses, which then tells them the chemical composition of the sample.

Austin and his colleagues use a process called microlithography on ceramic and glass plates to miniaturize the ion traps. The space between the plates is less than a millimeter and is “where the action happens,” Austin said, adding that the resulting device is a hundred times lighter and smaller than a conventional ion trap.

This specific project was funded in part by the National Science Foundation, and related research has also been funded by NASA and the U.S. Department of Defense. The team’s spectrometer is now being eyed for commercial development.

“Portable mass spectrometry will enable lots of applications that you just can’t do right now,” Austin said. “There’s a lot of new science that can be done with an instrument that can be taken anywhere.  Instead of sending samples to a distant lab and waiting for results, a portable instrument can give immediate results, allowing quick decisions.” 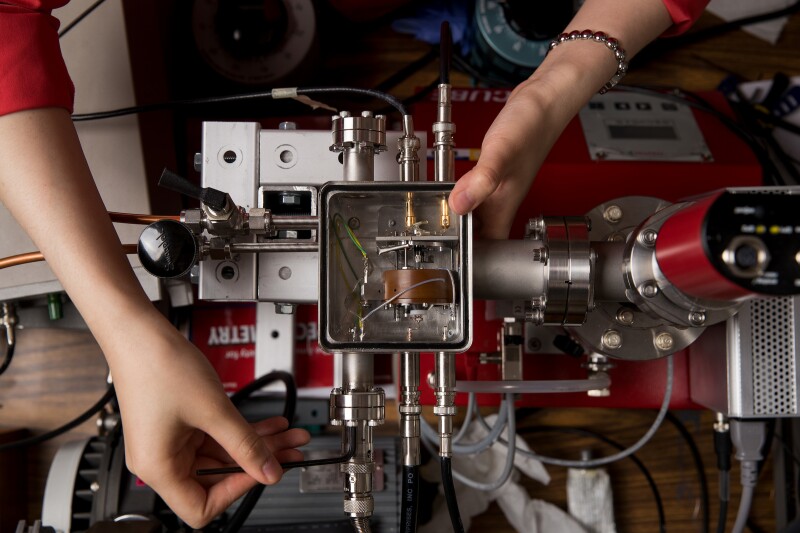 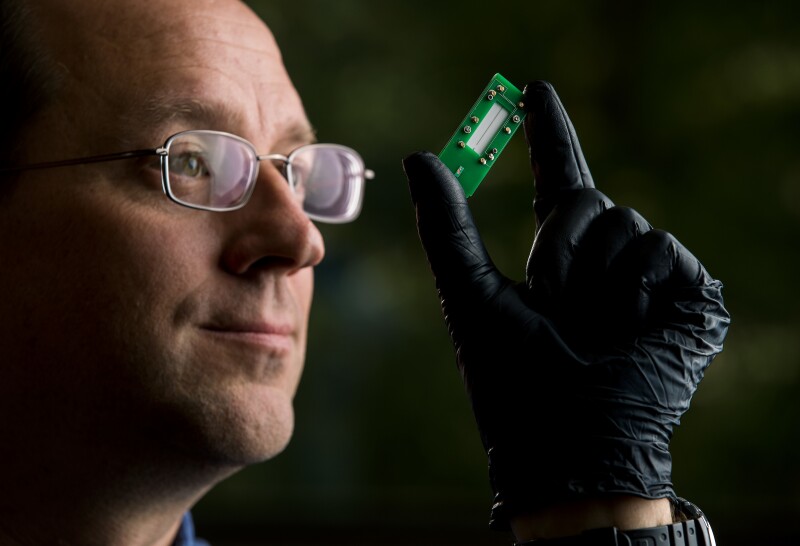 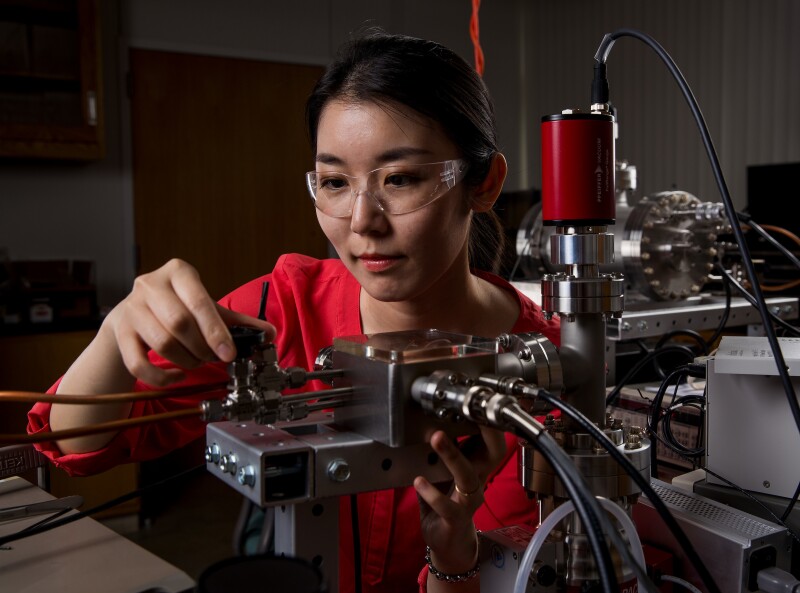