Preventing contamination of medical samples is a continuing challenge in lab testing, and now a team of Brigham Young University chemists is a step closer to making a cleaner and faster way to screen for multiple diseases at the same time.

In the new issue of the Journal of the American Chemical Society, the researchers introduce a method for making a silicon chip that captures protein antibodies from fluids. Professors Matthew Asplund and Matthew Linford have founded a company called LaserArray Technologies and applied to patent their process of using a laser to simultaneously burn through a non-stick surface and drill 10,000 tiny wells in the chip.

“We’re developing a bed on which multiple medical tests may be done,” said Asplund, an assistant professor in BYU’s chemistry and biochemistry department.

The process starts with a tiny silicon chip, which they coat with a non-stick film that’s only one molecule thick.

Next, they direct a laser through an optic lens that splits the beam into 10,000 fragments and focuses these beams on the chip surface. In just four nanoseconds – less time than it takes to blink - each laser fragment burns through the non-stick coating and drills a tiny well in the silicon.

In this new study, the research team demonstrated that these wells can capture proteins intact, significant because illnesses can be detected by the presence of specific protein antibodies in the bloodstream.

As the technology develops, the chips could possibly be prepared so that different sections detect different diseases. For example, when a person picks up a virus, the body’s immune system produces a protein antibody that is custom-made to latch onto the virus and block it from doing any more damage. To capture an assortment of antibodies in a single test, the researchers would simply need to anchor different target viruses or antigens in different wells on the chip. The potential is that a single blood sample could be screened for thousands of conditions at once.

The researchers did not find proteins anywhere on the chip but in the wells, evidence that the non-stick coating prevents contamination from other sources.

“To pattern thousands of holes onto the chip so quickly is a big advantage,” Asplund said. “It’s also a plus to have a clean, contamination-free surface, so there are advantages on both the production side and the chemistry side.”

When Asplund and Linford began working on the idea, they had separate methods for drilling the tiny wells, with Linford mechanically etching each hole and Asplund firing a laser. The problem was that both approaches did it one hole at a time, making the process to prepare a single chip time consuming.

The “aha” moment came when Asplund thought about the amount of laser light wasted with each firing.

“I was throwing away 99.9 percent of my laser light so that I didn’t blow a hole through the chip,” Asplund said. “If I could just do this 10,000 spots at a time, I could use the entire laser and the job wouldn’t take so long either.”

With a little searching, the researchers found the right optic lenses for the job. They are so small that the team needs to label the sides “up” and “down” to avoid what happened on their first attempt when they fired the laser with the lens upside down, which weakened the beam at 10,000 points rather than focusing it.

The lead author on the paper is Feng Zhang, a BYU student pursuing a Ph.D. Zhang hopes that their current work could contribute to initiatives to map proteins in the human body and identify their role in the body’s functioning. Called proteomics, this field of research holds great promise but is not without difficulty given the vast number of proteins and their ever-changing nature. 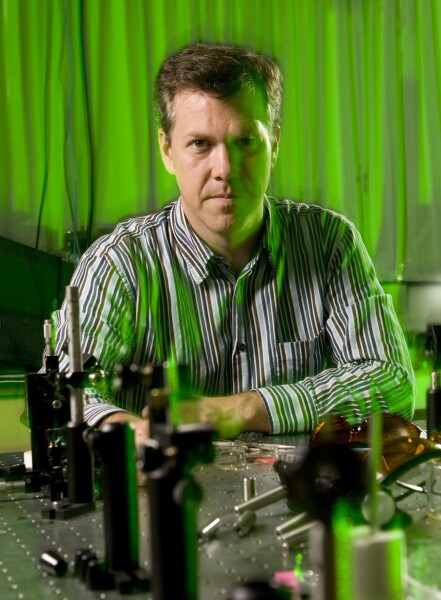 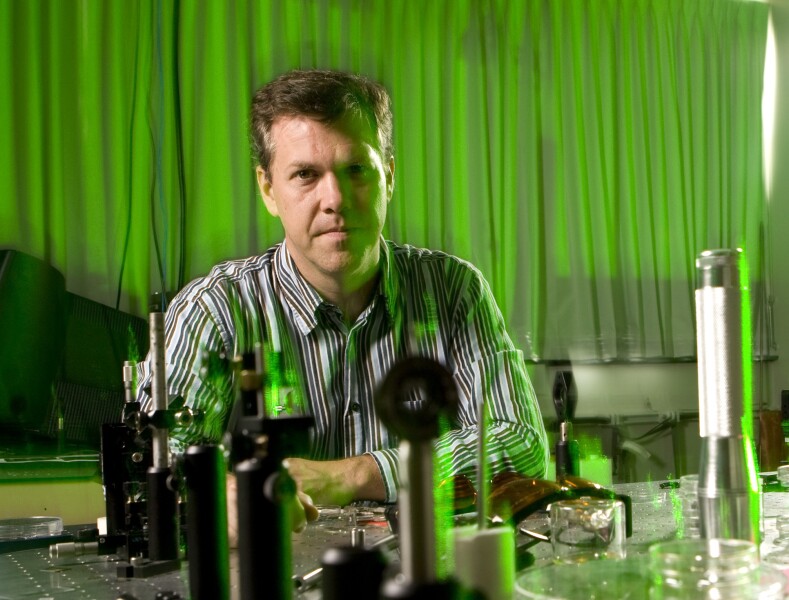