Pop Quiz: Who spoke these famous words? “Only you can prevent wildfires.”

The answer is easy for most of us: Smokey Bear.

A nationwide campaign reintroducing Smokey Bear to a new generation of children is rolling out this week, featuring a Smokey Bear educational DVD created entirely by the BYU Ad Lab. The DVD will be shown in public elementary schools across the country.

“We have really loved helping bring Smokey Bear back into the lives of a whole new generation of young children through this DVD,” said BYU Ad Lab Director Jeff Sheets. “We hope that our rendition of Smokey's story and tips on fire safety will be remembered for generations to come.”

The Smokey Bear DVD is an extension of an ongoing national Wildfire Prevention campaign launched by the Ad Council, the USDA Forest Service and the National Association of State Foresters in 1944. The campaign features a new series of radio, outdoor and Web public service advertisements targeted to young adults that are being distributed this week.

In the 8-minute film created by the BYU Ad Lab, four young campers learn about fire safety from one of their fathers and Smokey Bear. In the end, the 10-year-old campers become junior forest rangers with their fire safety knowledge.

“We wanted to show how the father figure learned fire safety from Smokey when he was younger and then passed that knowledge on to the kids,” said BYU Ad Lab student Charlotte Haynie, who wrote the script for the film. “The message is: Get educated on fire safety and then teach others.”

One bit of education from the campaign addresses the false assumption that lightning starts most wildfires. In reality, nine out of 10 wildfires are caused by people, whether it be leaving campfires unattended, burning trash on windy days or carelessly discarding smoking materials or BBQ coals.

“Smokey Bear’s message is just as critical as it was over 65 years ago when he was first introduced to Americans,” said Peggy Conlon, President and CEO of the Ad Council. “This wonderful DVD will help educate elementary school children about their important role in wildfire prevention.”

The film, produced in both English and Spanish, is directed at 5- to 8-year-old children and features a recognizable Smokey Bear. All of the computer animation was done by students in the BYU Ad Lab.

Students worked under the direction of the Ad Council on the project. The BYU Ad Lab is the only student-run advertising agency that serves on the Ad Council, the leading producer of public service advertisements in America.

“The Ad Council was a liaison between us and the U.S. Forest Service,” said Devin LuBean, who worked every day for seven months as the DVD’s creative director. “We learned a lot about how to manage a large project and how to manage expectations of a client.” 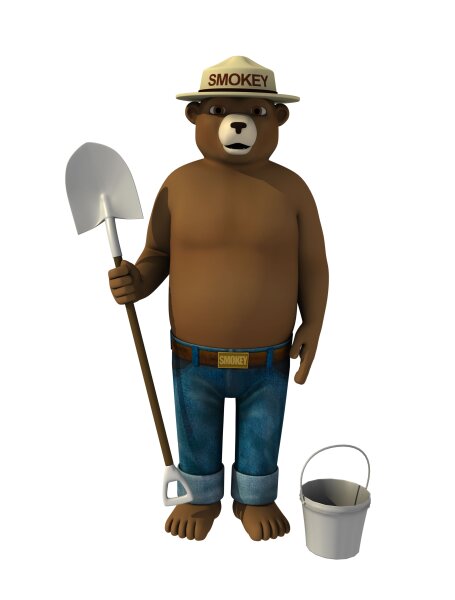 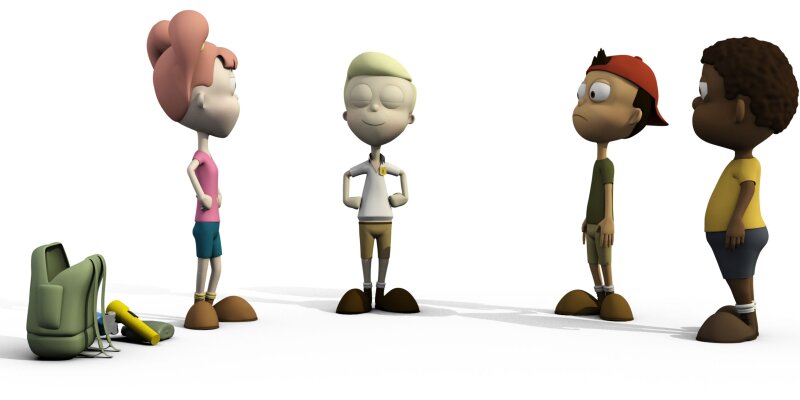