11 winners ties BYU with Caltech, U. of Michigan

Eleven individuals who received their undergraduate degrees at Brigham Young University received prestigious Graduate Fellowships from the National Science Foundation this spring, each landing a $27,500 annual stipend and $10,500 for tuition per year for three years.

Based on the number of fellowships awarded per institution, BYU ranked 17th in the nation, sharing the spot with schools like the California Institute of Technology and the University of Michigan.

"The NSF fellowship is a top honor for budding scientists," said Gary R. Hooper, BYU associate academic vice president for research. "Being in the company of such prestigious institutions tells us that our efforts to encourage and fund student mentoring are helping us move in the right direction."

BYU programs promote research among undergraduates and collaboration with faculty members at a level typically restricted to graduate students at other universities. Such direct association with their professors was cited by nearly all of BYU's NSF fellows as the basis for earning their awards.

"Mentoring was key for me," said Justin Peacock, a biochemistry major from Provo, who will use his fellowship to fund the first three years of his doctoral program at Yale beginning this fall (Yale has already promised to pick up the tab for his last two years, in addition to kicking in a $27,500 annual stipend). Under the direction of biochemistry professor Matthew Linford, he sought to create a framework for attaching biological materials to silicon to improve a tool that determines which genes are at work in given cells.

"Dr. Linford took me on as almost a graduate student and gave me so much control of the project," Peacock said. "I don't know many places that come close to that."

Peacock took advantage of a program administered by BYU's Office of Research and Creative Activities, which awards grants of $1,500 to about 400 undergraduates per year. Peacock landed one for his biochemistry research and another for his participation in a project to translate the writings of female German Jewish scientists from the Nazi era, using the language he learned on his mission to Dusseldorf for The Church of Jesus Christ of Latter-day Saints. BYU also gives faculty members a total of $1.7 million a year to fund undergraduate researchers, which ends up reaching about 1,000 students.

Peacock and other NSF fellows also credited BYU's division of Undergraduate Education, which houses the university's honors program and also counsels students through the application process for graduate scholarships and awards.

With 90 percent of its 30,000 students being undergraduates, BYU continues its emphasis on providing an excellent undergraduate education. The "Wall Street Journal" examined which institutions sent graduates to the country's 15 elite graduate schools in the fall of 2003. The paper counted 69 BYU graduates, more than those from the University of Chicago, Johns Hopkins or Notre Dame (although those schools placed a higher percentage of their students than BYU did).

Other Utah universities whose students earned NSF Graduate Fellowships in 2004 were the University of Utah, with seven, and Utah State University, with four.

The 11 BYU winners are listed below,with their graduate schools and disciplines of study: 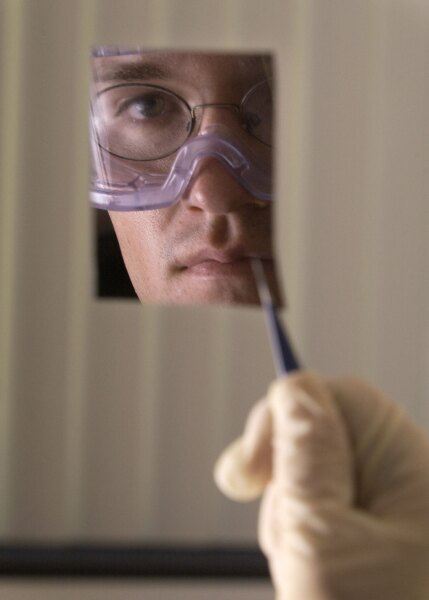 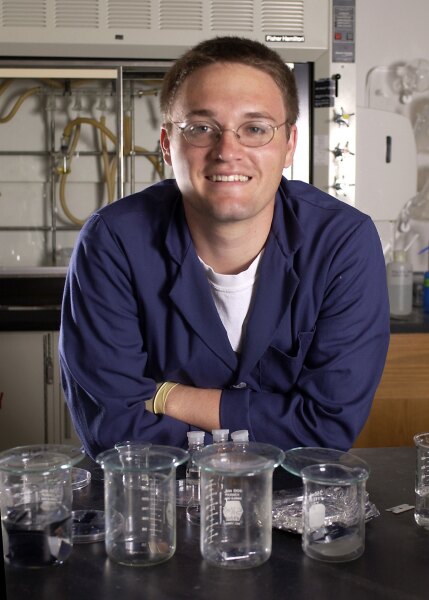 2 of 2
0406-06-94L.jpg
Jaren S. Wilkey/BYU Photo
1 of 2
Download this Gallery By clicking this link you agree to our Terms & Conditions
Related Articles
data-content-type="article"