With music by Elton John and lyrics by Tim Rice

Set in a contemporary museum as well as in the opulent halls of ancient Egypt, “Aida,” produced by Brigham Young University’s Department of Theatre and Media Arts, will run Jan. 25-Feb. 11 at 7:30 p.m. in the Pardoe Drama Theatre.

A long-time Broadway favorite, the musical is based on the book by Linda Woolverton and Robert Falls and David Henry Hwang, with pop-rock music by Elton John and lyrics by Tim Rice.

Dress rehearsal performances will take place Wednesday and Thursday, Jan. 25-26, and a matinee performance will be Saturday, Feb. 4, at 3 p.m. There will be no performances on Sundays or Mondays.

Tickets are $14 or $10 with BYU or student ID. Seats for dress rehearsals and matinee performances are $4. To purchase tickets, call the Fine Arts Ticket Office at (801) 422-4322 or visit performances.byu.edu.

“It’s a love story with a moral message,” Threlfall said. “This message that love conquers all is shown in a mature and respectful way. There’s not a Hollywood ending, but a nation is changed because two people fell in love.”

Aida, an enslaved Nubian princess played by Clotile Bonner, is torn between her duty to her people and her love for the captain of the Egyptian guard, Radames, played by Matthew Flynn Bellows and Kevin Goertzen.

Threlfall said the commanding metaphor used throughout the production is the concept of flow.

“The set is very simple, but it incorporates a huge piece of silk fabric reminiscent of the Nile River that brings life to the Egyptian desert,” he said. “The scenic designer uses this theme of flow with the silk fabric as a prop, a tent, a room and a river.” 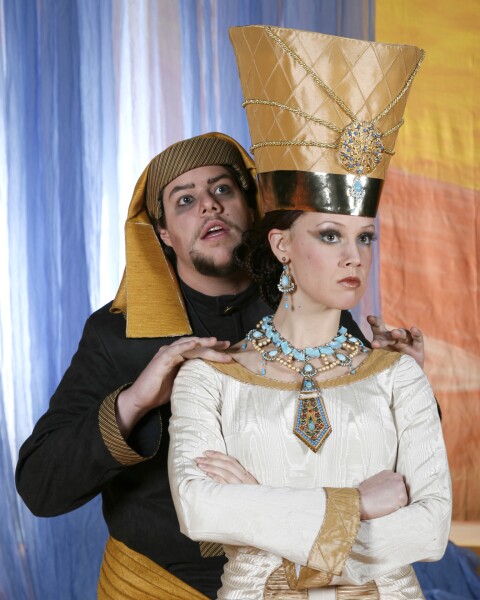 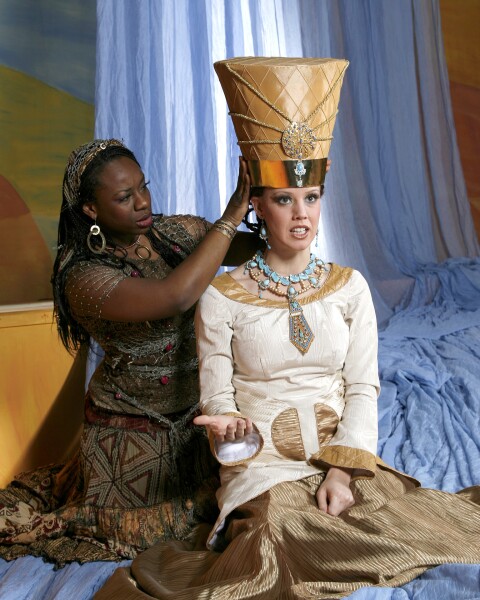 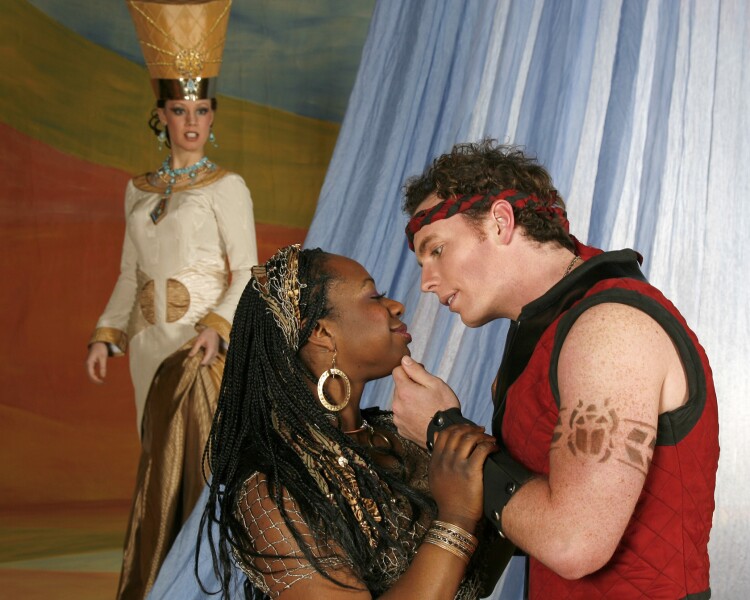 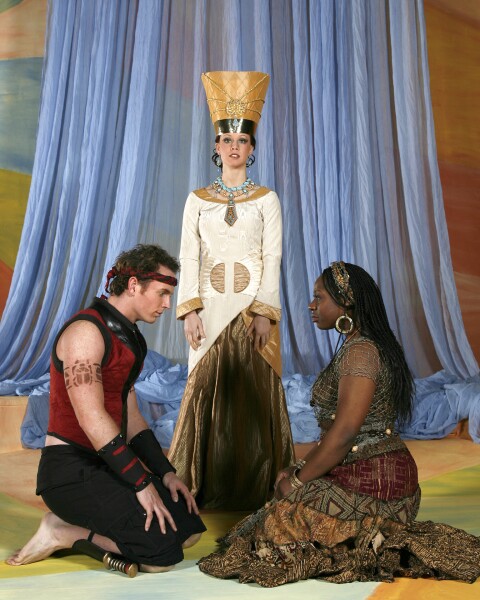 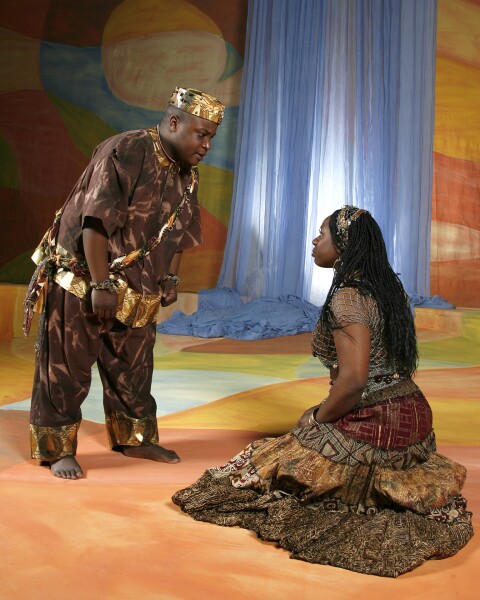 5 of 5
aida5-h.jpg
Mark A. Philbrick/BYU Photo
1 of 5
Download this Gallery By clicking this link you agree to our Terms & Conditions
Related Articles
data-content-type="article"