Boubacar Barry has lived a life split across the Atlantic Ocean. Growing up in both West Africa and Utah, he calls both places home. Despite the literal and figurative distance between his two homes, Barry has used his experiences on both sides of the Atlantic to enhance each other and position him to make positive change in the world.

Barry, like many others, is graduating this spring from the BYU Marriott School of Management MBA program, with an emphasis on Organizational Behavior and Human Resources (OBHR). But his path to this diploma didn't follow a typical route. Barry was born crippled in Guinea, West Africa, and was brought to the United States at age three for surgery on his leg. After a successful surgery, he was raised by a foster family in Utah until age 11, when he returned home to Guinea.

The transition back to Africa was not easy. After spending the majority of his childhood growing up in the United States, he was used to speaking English and the luxury of running water and electricity. In Africa, Barry had to learn the national language of French, the tribal language of his family, and to adjust to inconsistent utilities.

Additionally, political conflict in Guinea brought riots and violence literally to his doorstep. Despite the difficulties, Barry took those challenges and made the most of the experience. Now he's especially grateful to be able to speak four different languages.

"That's one thing I like about Africa, the people speak many different languages," Barry said. "That instilled in me a love of languages that continues today."

Barry moved back to Utah from Guinea where he finished his last year of high school, served a mission and completed an undergraduate degree from BYU in communications, with an emphasis in public relations.

After working with a local consulting firm as a project manager, Barry decided to return to BYU to pursue another degree and a fresh challenge. He felt that getting an MBA would open up doors and allow him to achieve his goals.

Pursuing an MBA came with it's own set of challenges for Barry. He now had additional family responsibilities - he is married and has two children - to balance with school.

"It's a challenge, but luckily we have a strong support group," Barry said. "We're in the right place at BYU, there's enough support here to take care of everything and at the same time take care of your education."

BYU has served as not only "a unique place where you get top-notch education," says Barry, but also a place to gain skills beyond those for professional life.

"You also get skills you'll use in your personal life, like how to become a better person," Barry said. "BYU has helped me mix and mingle with students and professors that have improved me personally, so I leave here a better man and person."

Eventually Barry plans to return to Africa create an organization that is a bridge between western companies and African countries that will allow both parties to get the most out of their investment.

"It's a win-win situation, and I want to create a bridge between those companies and those countries," Barry said. "That's why I'm here at BYU and in the MBA program." 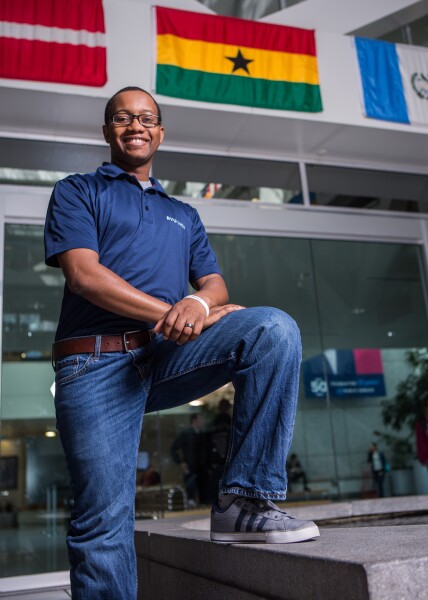 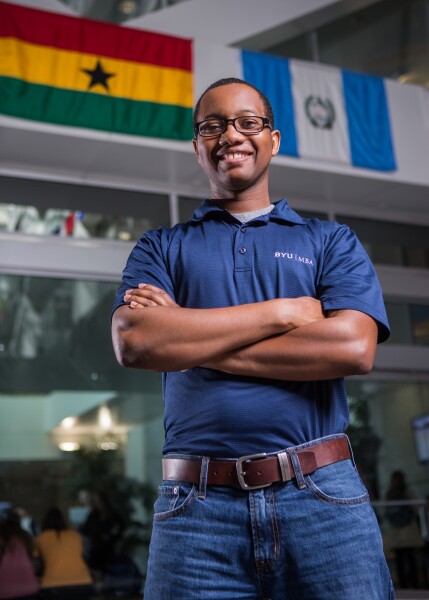 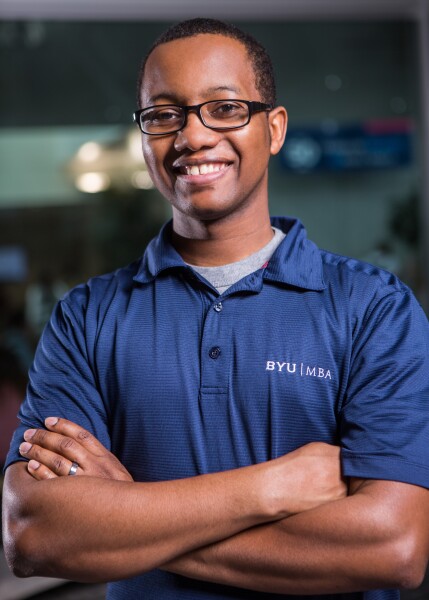