The 2013-2014 Brigham Young University Performing Arts Series launches a new season with a new name — BRAVO! — featuring a dynamic roster of celebrated guest artists, as well as a new contemporary theatre initiative — OFF THE MAP — showcasing an eclectic mix of work from across the globe.

From the theatre scene in Iran to the music of New York City’s famed Carnegie Hall, the 2013-14 season welcomes to campus one of the most exciting groups of dancers, theatre performers and musicians in BYU history.

Most performances will begin at 7:30 p.m. Individual tickets will be available at the Fine Arts Ticket Office, (801) 422-4322 or at byuarts.com/tickets . Season ticket packages will be available for purchase beginning Tuesday, May 28; new subscribers may also submit order forms at this time. Ticket orders will be filled beginning May 28 in the order they are received.

Audra McDonald, renowned singer and actress with unparalleled breadth and versatility, will start off the season Thursday and Friday, Sept. 5-6, in the de Jong Concert Hall. Winner of five Tony Awards and two Grammy Awards, she is one of today’s most highly regarded performers. Blessed with a luminous soprano and an incomparable gift for dramatic truth-telling, she is equally at home on Broadway and opera stages as on film and television. Single ticket sales begin July 25.

Hexnut, a modern band of five soloists, comes to BYU to present “Wrench – A Choreography Between Music and Image” Wednesday, Sept. 25, in the de Jong Concert Hall. Hexnut mixes the styles, sounds and playing techniques of contemporary classical, jazz, metal, improvisation and cartoon music. “Wrench” will blend a program of new music  and the images of award-winning photographer Edward Burtynsky into a performance of integrated sound and projected image. The compositions by Jan-Bas Bollen, David Dramm, Anthony Fiumara, Ned McGowan, Mayke Nas, Seung-Ah Oh, Felipe Waller and BYU music professor Steve Ricks combine into a single set without pause. Admission is free. Also “Edward Burtynsky: The Industrial Sublime,” an exhibition of the artist’s work, will be on display at the BYU Museum of Art through Nov. 16, 2013. Admission is free.

The Zagreb Saxophone Quartet from Croatia will perform Wednesday, Oct. 30 in the Madsen Recital Hall. With a repertoire ranging from Bach to Gershwin and Mozart to Bernstein, Croatia’s esteemed classical woodwind ensemble has become a premier interpreter of new and established works for saxophone. The Zagreb Saxophone Quartet is renowned for their exceptional musicality, interpretative focus and technical supremacy and has performed in more than 20 countries since the quartet’s formation in 1989. After a five-year absence, the group returns to BYU with special guest and master saxophonist Eugene Rousseau. Single ticket sales begin Sept. 30.

Austria’s Salzburg Marionette Theatre will present “The Sound of Music” Friday and Saturday, Nov. 1-2 and “Hansel and Gretel” Saturday, Nov. 2, in the de Jong Concert Hall. To experience the Salzburg Marionettes is to witness the beauty and magic of a group rarely seen outside of Europe. For 100 years the company has performed dramatic presentations utilizing the remarkable life-like movements of its elaborate costumed, two-foot tall, string-manipulated puppets on lavish backdrops set to beautiful recorded music. Featuring a skilled ensemble of behind-the-scenes professional puppeteers, the performance presents the charm and wonder of a long-standing European tradition in a fresh, exciting way. Single ticket sales begin Sept. 30.

Joshua Bell, whom the Boston Herald praised as “the greatest American violinist active today,” will perform Thursday, Nov. 14, in the de Jong Concert Hall.  Often referred to as the “poet of the violin,” Bell is one of the world’s most celebrated violinists. His restless curiosity, passion, universal appeal and multi-faceted musical interests have earned him the rare title of “classical music superstar.” Bell has played recitals in the most esteemed venues across the globe, including his Carnegie Hall debut at the age of 17. He can be heard on numerous recordings, including his latest release “French Impressions” and film scores, including the 2009 film “Angels and Demons”. In 2007, Bell performed incognito in a Washington, D.C. subway station for a Washington Post story by Gene Weingarten examining art and context. The story earned Weingarten a Pulitzer Prize and sparked an international discussion about perception and priorities. Single ticket sales begin Oct. 14.

John Lithgow, world-renowned actor, presents “Stories by Heart,” featuring works by P.G. Wodehouse and Ring Lardner Friday, Feb. 28, in the de Jong Concert Hall. Following his triumphant appearances at New York’s Lincoln Center and London’s National Theatre, the Tony, Emmy and Golden Globe Award-winning actor offers a touching and humorous reflection on storytelling as the tie that binds humanity. Invoking memories of his grandmother and father before him, Lithgow traces his roots as an actor and storyteller, interspersing his own story with two tales that were read aloud to him and his siblings when they were children – "Uncle Fred Flits By" by P.G. Wodehouse and "Haircut" by Ring Lardner. In the first, a fretful young Englishman is taken on a wild afternoon escapade in suburban London by his irrepressible uncle. In a hilarious tour de force, Lithgow performs with zany abandon, portraying ten distinct, outrageous characters (including a parrot). By contrast, "Haircut" is a darkly comic look at Midwestern American implacability. Single ticket sales begin Dec. 9.

The Diavolo Dance Theater will perform Wednesday, March 19, in the de Jong Concert Hall. Internationally renowned for the unique way in which it reinvents dance, reimagines theatre and redefines thrills, Diavolo Dance Theater takes movement, athletics and daring to the extreme, creating abstract narratives about the human experience through surreal tableaux. The company has an extensive performance history in its home city of Los Angeles, as well as throughout the U.S., Europe, Asia and Latin America. In more than 14 seasons of touring, Diavolo has performed for hundreds of thousands of concertgoers worldwide, as well as millions more on television. For its BYU debut, the company will present two of its most celebrated and exciting pieces, “Transit Space” and “Trajectoire.” Single ticket sales begin Feb. 18.

The OFF THE MAP BYU International Theatre Festival schedule:

Iran’s Leev Theater Group will present “Hamlet, Prince of Grief” Thursday through Saturday, Jan. 23-25, in the Margetts Theatre. Household objects and children’s toys are used to play out a domestic and political history of betrayal and death as Shakespeare’s tragic hero comes to terms with his violent fate through an obsessive retelling of the moments preceding the tragedy. “Hamlet, Prince of Grief” was first presented in Iran by Leev Theater Group, featuring acclaimed Iranian actor Afshin Hashemi. It was chosen as Iran’s Best Theater Group by the Critics and Writers Association of Iran’s Theater House and was named Tehran’s Best Theater Group by the Dramatic Arts Center. Single ticket sales begin Dec. 9.

The Theatre Ad Infinitum will perform “Translunar Paradise” Thursday through Saturday, Jan. 23-25, in the Pardoe Theatre. “Translunar Paradise” takes audiences on a journey of life, death and enduring love. After his wife, Rose, passes away, William escapes to a paradise of fantasy and memories, a place far from the reality of his grief. Returning from beyond the grave, Rose revisits her widowed companion to perform one last act of love: to help him let go. With live accordion accompaniment, this exquisite piece of mask and movement theatre was a multi-award winning, critically acclaimed sellout at the Edinburgh Festival Fringe 2011. Theatre Ad Infinitum is an award-winning international ensemble based in London, developing new and original theatre for a multi-cultural audience. Single ticket sales begin Dec. 9.

Australia’s Perth Theatre Company will present “Alvin Sputnik: Deep Sea Explorer” Thursday through Saturday, Jan. 23-25, in the Nelke Theatre. This multi-award-winning one-man micro-epic puppet show melds technology and multimedia into a touching story of enduring love and the end of the world. Creator and performer, Tim Watts employs a unique blend of mime, puppetry, live and recorded music, and live animation to present an exploration of the oldest and next frontier: the deep blue sea. The seas have risen, billions of people have died and those who are left live on farms on mountaintop skyscrapers. The scientists have tried everything. Floating islands sank, space probes found nothing, and the giant sponges, visible from the moon, are now rotting icons of failure. Now science and humanity are turning to the oceans. A last ditch effort to save the human race requires journeying down through the mysterious depths of the deep blue sea to find a new place to live. These are the dire circumstances that surround the tale’s central hero, Alvin Sputnik. Having just lost his wife, Alvin accepts this perilous mission to follow her soul down to the underworld to be with her once more. Single ticket sales begin Dec. 9. 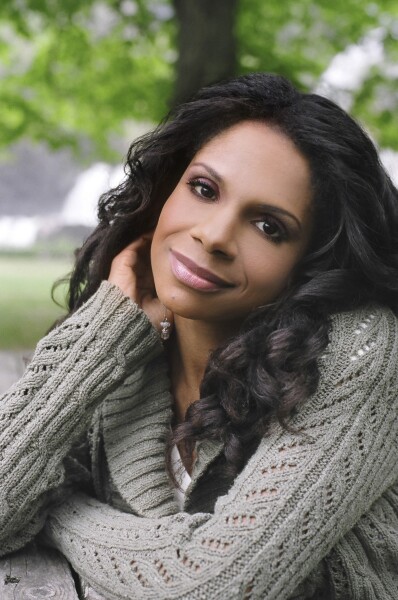 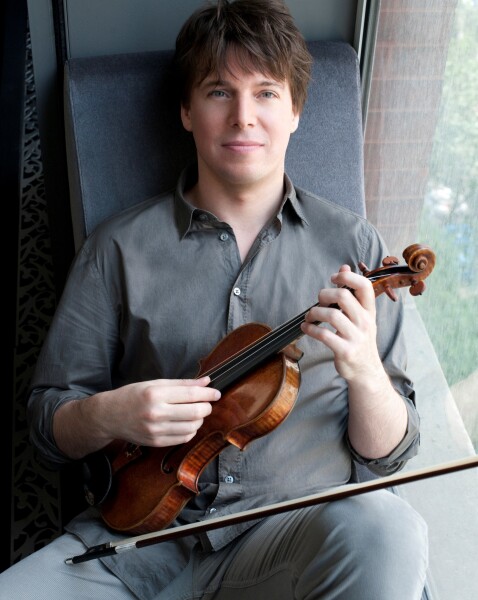 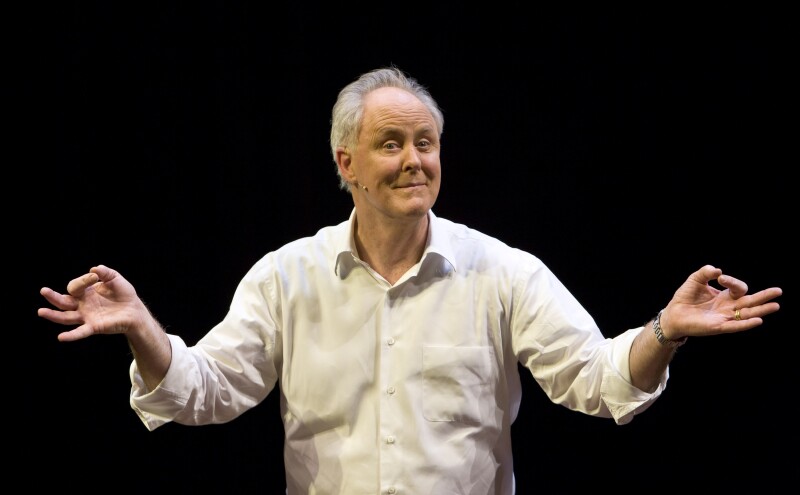 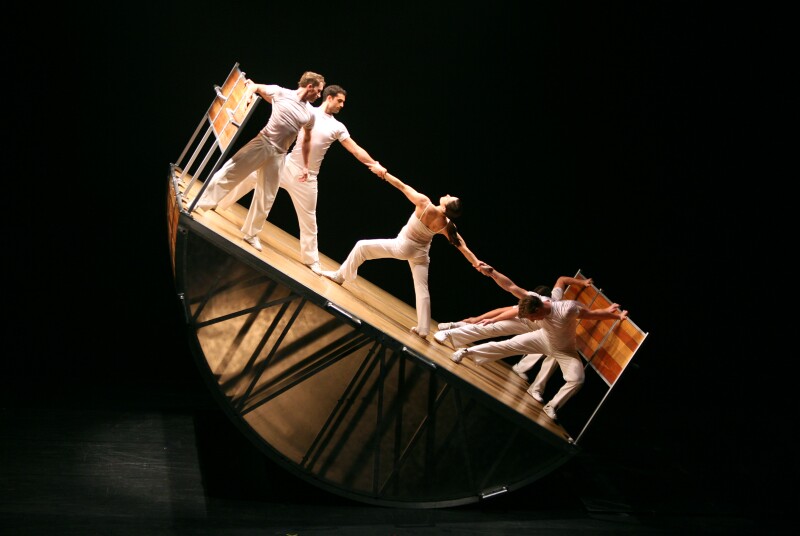 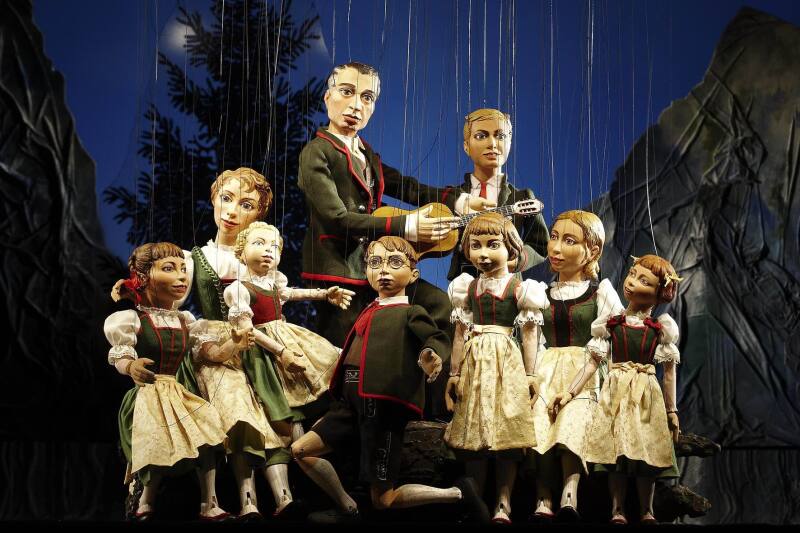 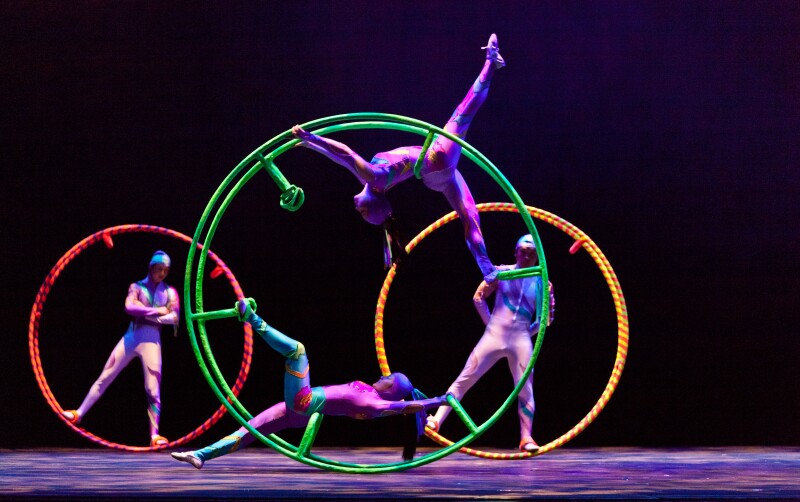 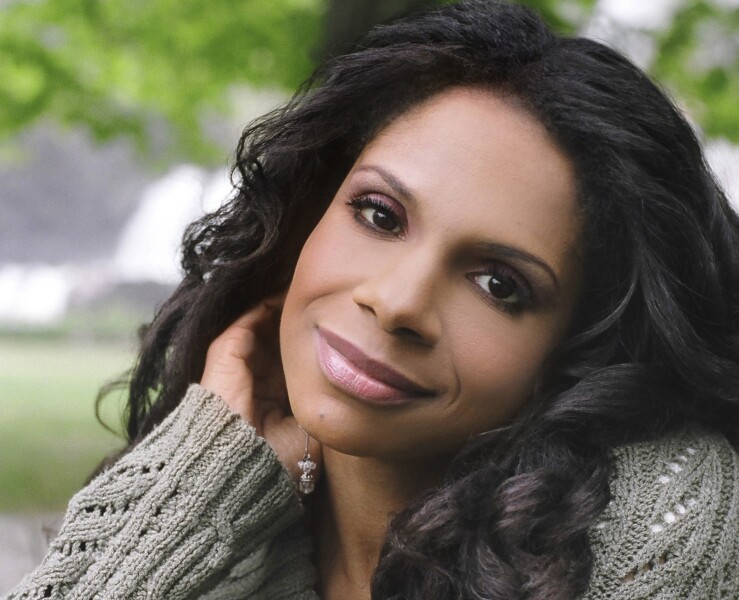 7 of 7
audra.jpg
Dale Green/BYU Communications Department
1 of 7
Download this Gallery By clicking this link you agree to our Terms & Conditions
Related Articles
data-content-type="article"