Brigham Young University’s Department of Theatre and Media Arts will present the world premiere of “Angels Unaware: A Story of Joan of Arc” March 8-25 at 7:30 p.m. in the Margetts Theatre.

Dress rehearsal performances will take place Wednesday and Thursday, March 8-9, and a matinee performance will begin Saturday, March 18, at 2 p.m. There are no performances on Sundays and Mondays.

Tickets are $12 or $9 with BYU or student ID. Seats for dress rehearsals and matinee performances are $5. To purchase tickets, call the Fine Arts Tickets Office at (801) 422-4322 or visit performances.byu.edu.

Written by Melissa Leilani Larson and directed by David Morgan, “Angels Unaware” tells the story of the young girl Joan, played by Hollie Beard, who accepted the call to arms from her Lord and battled for France in 1425, guided by the voices of St. Catherine, played by Amanda Schutz, and St. Margaret, played by Jennie Pardoe.

Other cast members include Phillip Clayton as Michael, Jason Purdie as Charles and Warwick and Slate Holmgren as Cauchon. Historians include Luke Rebarchik and Joseph Reidhead.

“The legend of Joan echoes a very familiar resonance with the LDS Church’s own roots in Joseph Smith,” Morgan said. “Here was a young girl, at about the same age as Joseph when he received his first vision, claiming she was visited by saints who appeared to her and told her she had a mission.”

This particular version of the legend of Joan of Arc not only tells the story of the girl who led an army, but of the voices behind the girl. In a story about trials of virtue, faith and martyrdom, three women strive to understand the purpose of God and restore faith and patriotism in a battle-weary country. 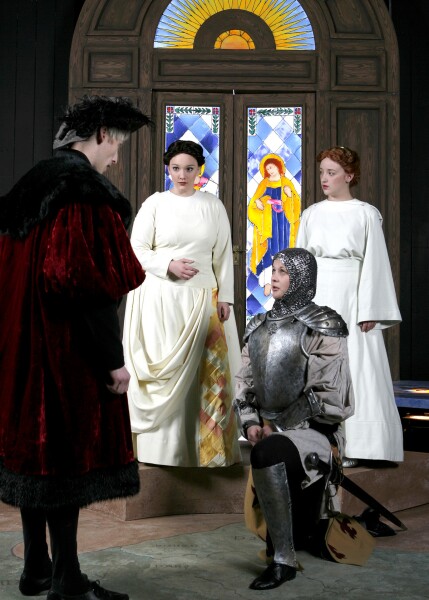 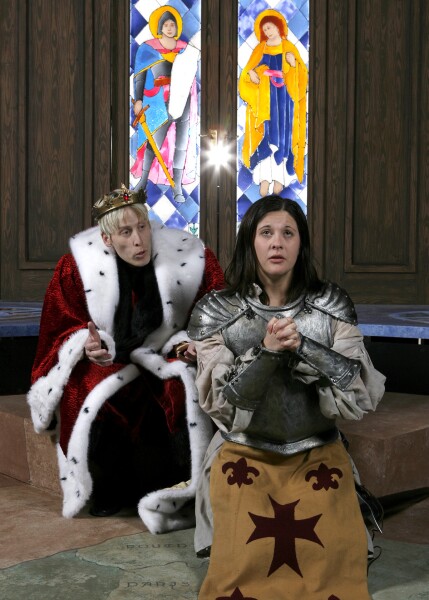 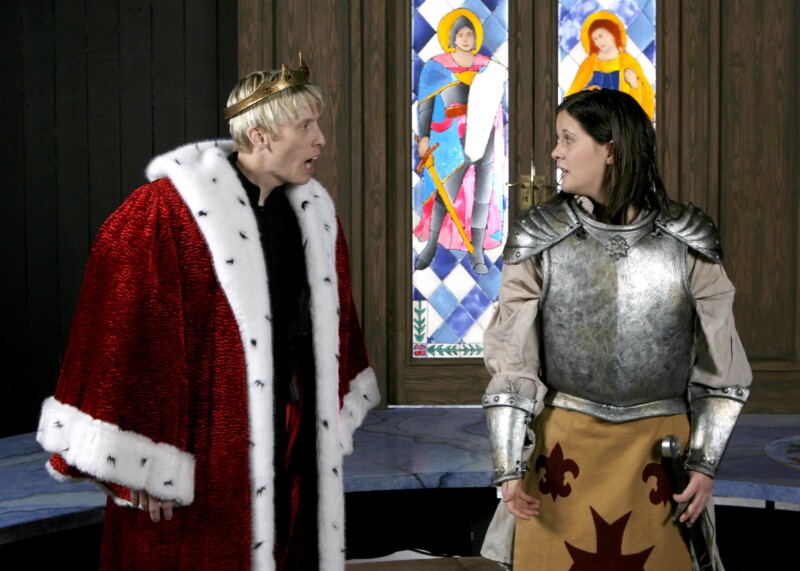 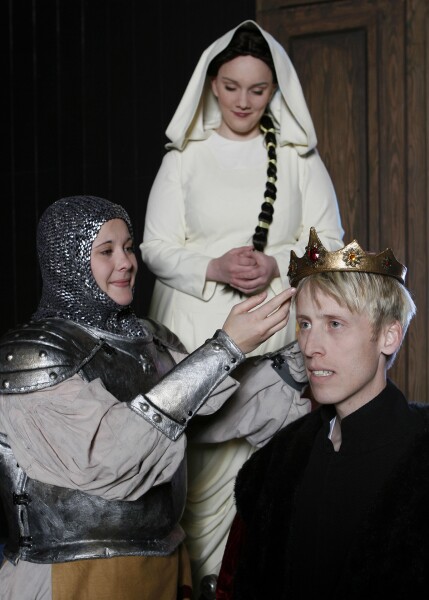 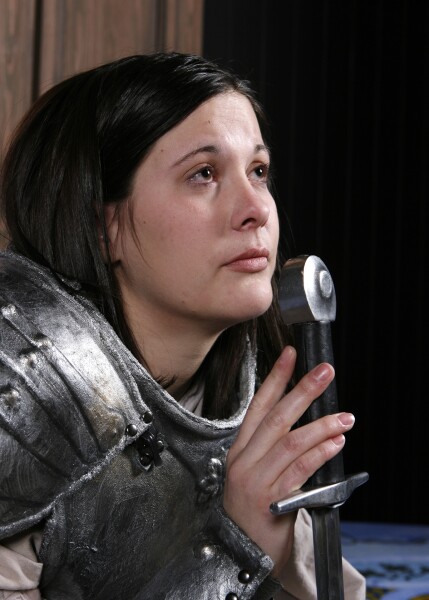 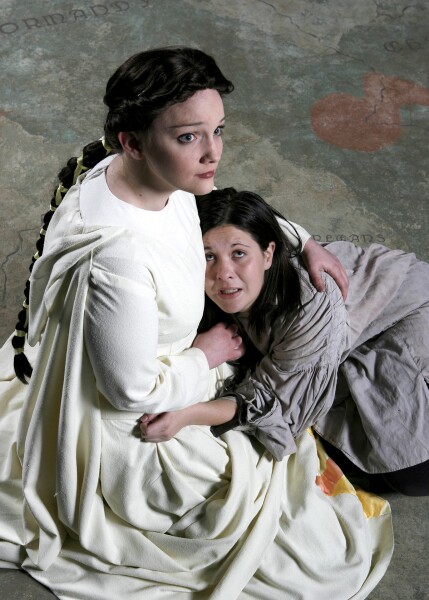 6 of 6
0602-41 173-L.jpg
Mark A. Philbrick/BYU Photo
1 of 6
Download this Gallery By clicking this link you agree to our Terms & Conditions
Related Articles
data-content-type="article"