As fires throughout Utah have demonstrated over the last few weeks, fire season isn’t ending any time soon. Given the spring rains that promoted so much growth to potential fire fuel, it could end up being a record year.

While it’s impossible to predict just where the next wildfire will start, new Department of Defense-sponsored research from BYU’s Fire Research Lab is getting into the microscopic details of how fires initiate to provide more insight into how wildfires burn through wildland fuels.

“We are working on a small scale and hopefully that gives us some insight into what happens on a large scale,” said fire expert Thomas H. Fletcher, BYU professor of chemical engineering. “We’re trying to take some of the unpredictability out of fire by doing experiments in well-controlled environments.”

For their experiments, Fletcher and co-authors loaded leaves of 14 shrub species (including the likes of Inkberry, Wax Myrtle, Fetterbush, Dwarf Palmetto and Sparkleberry) into the crucible of a thermogravimetric analyzer and slowly turned the heat up to 800 degrees Celsius. As they watched the leaves burn, they categorized the speed at which the plant broke down and the chemicals produced by the heat. They also compared the impact of two heat sources: convective (think of wind-driven fires) and radiative (from burning plant particles or flames).

The research found that the chemistry of shrubs makes a big difference in how fast they break down before they combust. That’s important to know because the type of plant found on a mountain hillside may help predict how a fire will burn and how quickly it might jump to another plant species.

“Very detailed models that already exist take up to two weeks to run on very big computers and by that time, the fire has moved and it’s not in the same place anymore,” Fletcher said. “We’re aiming towards giving answers on how a fire might propagate in the next 20 minutes or half hour instead of the next two weeks.”

The studies are aimed at improving predictive models for both prescribed burns and for unplanned wildfires. With wildfires costing the Forest Service and state agencies billions of dollars to control annually, any research that can help make fire management more efficient is a high priority.

Case in point: The Pole Creek Fire that burned 102,000 acres in south Utah County last year started with a lightning strike that was left to burn out naturally. Unfortunately, hot, dry winds pushed it into a major threat to Spanish Fork, Elk Ridge and Mapleton. The fire, which later merged with another wildfire — the Bald Mountain Fire — ended up costing more than $6 million to contain.

“With all we’ve done to research them, fires are still out of control,” Fletcher said. “Our model can’t prevent a fire, but it can help with decisions on how to do manage fires so that when a fire starts, it doesn’t blow up into a huge, uncontrollable fire.”

Details of the experiments appear in two separate studies in the Journal of Analytical and Applied Pyrolysis. 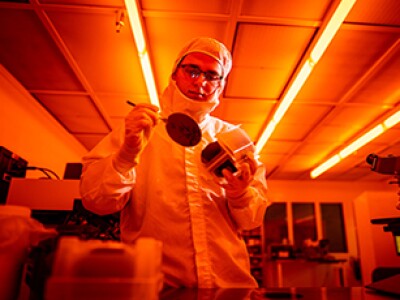