After years of engineering, testing and coordinating with engineers from NASA’s Launch Services Program, Brigham Young University students have created a cube satellite that will launch into space on an official NASA mission later this year.

The 10-centimeter CubeSat, which includes contributions from more than 60 students over a five-year period, is outfitted with cameras on all six sides and will make it possible to inexpensively detect damage on the exterior of a spacecraft that cannot be seen in other ways.

“It’s a satellite that is designed to take pictures of another satellite,” said BYU engineering professor David Long. “In other words, it’s a spacecraft selfie cam.”

Two versions of the BYU CubeSat will join satellites from eight other universities as part of NASA’s ELaNa 20 mission, scheduled to launch sometime this month from California on Virgin Galactic’s “Cosmic Girl” spacecraft. ELaNa, which stands for Educational Launch of NanoSatellites, are mission complements selected by NASA’s CubeSat Launch Initiative (CSLI) at Kennedy Space Center that support education, scientific exploration, and technical testing which can be used for future missions.

The 10 nanosatellites will be loaded into a variety of tubular dispensers and deployed by a pressurized spring once in space. The moment BYU’s CubeSats are deployed, they will boot up in less than a second and start recording video. Later, antennas will be triggered, the radio will start up, and the nano satellites will begin sending data. 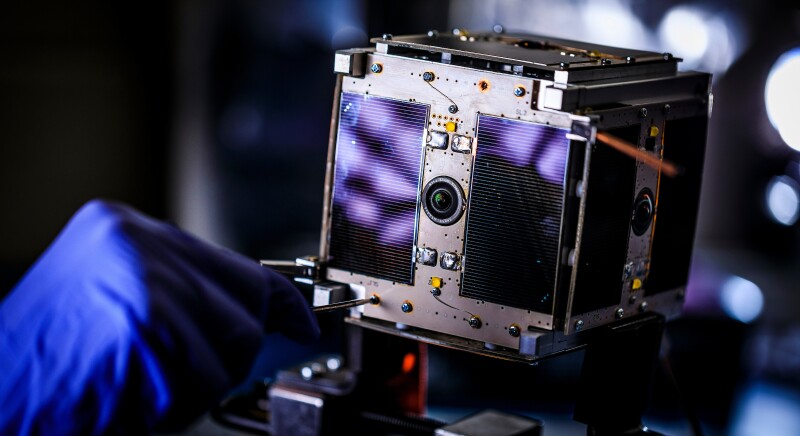 1 of 4
CubeSat 2
Closeup shot of BYU's Cube Satellite, which will serve as a "spacecraft selfie cam."
Nate Edwards 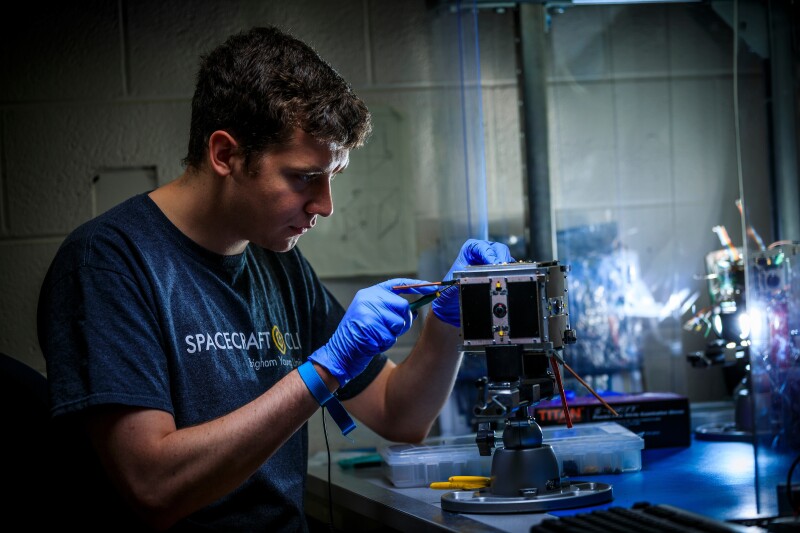 2 of 4
CubeSat 1
A student works on BYU's Cube Satellite in preparation for its official NASA launch.
Nate Edwards 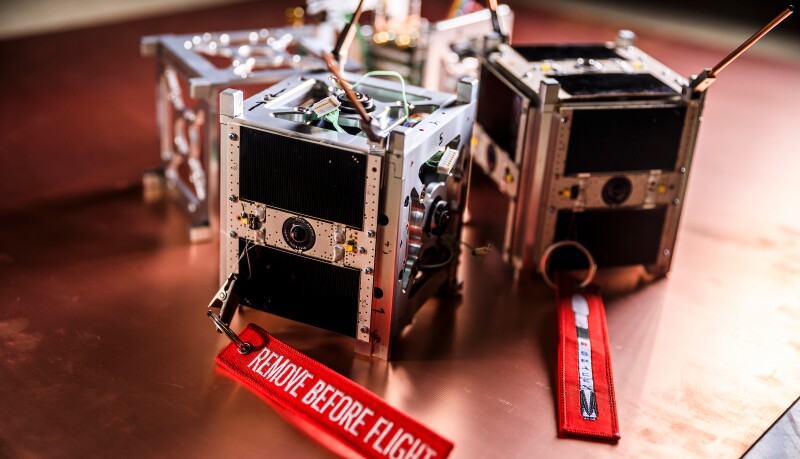 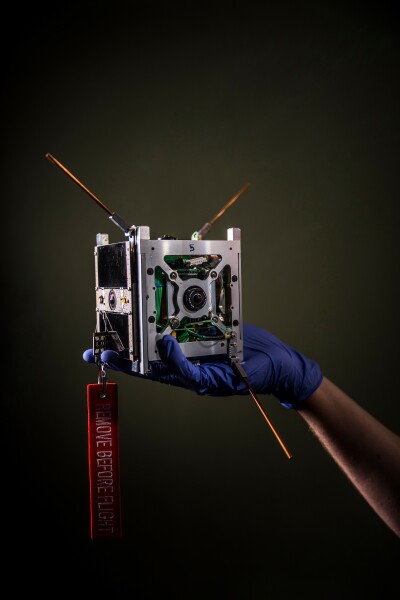 4 of 4
CubeSat 4
The BYU CubeSat mission will demonstrate low-risk, low-cost, spacecraft inspection by a passive, fly-away probe.
Nate Edwards
1 of 4
Download this Gallery By clicking this link you agree to our Terms & Conditions

Those images and video will be transmitted back to Earth, where engineers, including those at BYU, will be listening. Satellite dishes atop the Clyde Engineering Building will scan the sky for the CubeSat and download its images and data when in range.

“That’s the No. 1 thing I can’t wait to see: those antennas scanning across the sky, watching for satellites,” said BYU grad student Patrick Walton. “There will be a bunch of us in the Engineering Building waiting in front of a screen, looking for a signal to show up on a little graph and we’ll be ecstatic when we see it.”

It will be an impressive feat for a tiny, but intricate satellite — and a first for BYU’s College of Engineering.

Because the CubeSats have a camera on each face, there is a lot of tech packed in their 144 square centimeters, including six solar panels, four battery circuit boards, a radio circuit board, a computing board, and more than 25 cables. According to engineers, that’s four times as many cables as a desktop computer at only a sixth of the size.

“It’s pretty small, but even the simplest spacecraft can be quite complex,” Long said.

The launch date for ELaNa 20 is still to be determined.

Intellect
With innovative nanofiber membranes, cloth masks’ efficacy goes up to 99%
By Christie Allen
The cloth masks many are sporting these days offer some protection against COVID-19. However, they typically provide much less than the professional N95 masks used by healthcare workers. That may soon change. Recently, students from BYU’s College of Engineering teamed up with Nanos Foundation to develop a nanofiber membrane that can be sandwiched between the cloth pieces in a homemade mask, increasing efficacy up to 99%.