BYU No. 1 in new Wall Street Journal ranking of colleges 'worth the cost'

New report from The Wall Street Journal and @timeshighered rank BYU & the Naval Academy as the best in the nation for being worth the cost.

A new ranking from The Wall Street Journal and Times Higher Education puts Brigham Young University at the top of the list for colleges across America that are worth the cost.

BYU shares the No. 1 spot with the U.S. Naval Academy in the ranking, which is based on the survey results of nearly 175,000 students. The Wall Street Journal/THE team asked students if they think their schools will turn out to have been worth the expense, and then scored each institution on a 10-point scale.

Both BYU and the Naval Academy scored 9.6 out of 10. They were followed in the top five by MIT (which scored 9.2), the Virginia Military Institute (9) and Princeton (8.9).

The “Worth the Cost” ranking is the second No. 1 ranking for BYU this year by a major publication. In April, Forbes named BYU the No. 1 Best Value university in the country, providing the best return on investment in the nation. Joining BYU in the Top 10 in that ranking were the likes of Princeton, U.C. Berkeley, Stanford and Harvard.

You can see the full college rankings and The Wall Street Journal story at this link:
https://www.wsj.com/articles/is-your-college-worth-the-cost-heres-what-students-say-about-their-colleges-11567640341

In previous WSJ/THE rankings, BYU has also landed the No. 1 spot among schools in the west for highest student engagement in the classroom. 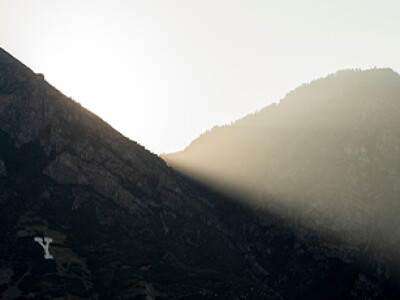 Intellect
US News 2020 Rankings: BYU Law and Business moving up in Top 40