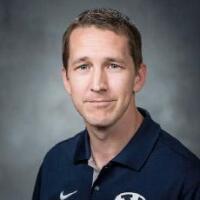 Nate graduated in 2013 with a BS degree from Utah Valley University with an emphasis in photography. Since graduating he has worked for the LDS Church photographing for the Ensign, Liahona, and New Era magazines, as well as the church's’ worldwide general conferences. He also worked as the Photography Manager for Marketing and Communications at Utah Valley University in 2014 for two years before joining BYU Photo in 2016.

Although young in his career, he has won many awards, including Best of Show at the University Photographers Association of America (UPAA) year-end competition in 2016, and Photographer of the Year in 2017. He has also won many CASE awards in the short time he has been at BYU, including Gold for individual photography and a CASE Platinum Award for Excellence in Photography in 2018.

Nate loves the diversity of assignments and the wide variety of things he gets to experience and learn while photographing for the university. But one of the things he values most about BYU are the people he works with and their continual support and encouragement.