This week's special devotional, the Inauguration of Kevin J Worthen, will mark the formal induction of President Worthen as the president of BYU and give the university community a chance to celebrate a milestone in BYU’s history.
While the purpose of this ceremony is to look forward, Inauguration is also filled with symbolism and traditions dating back to medieval European universities.

To get some historical perspective on Tuesday’s ceremony and the significance behind the regalia and customs, you’ve got to talk with BYU's Associate International Vice President Erlend Peterson.

Peterson is regarded as the qualified expert of all things inauguration at BYU. In addition to this week’s celebrations, he has been involved with the planning of four previous BYU presidential inaugurations: for Dallin H. Oaks; Jeffrey R. Holland; Merrill J. Bateman; and Cecil O. Samuelson, Jr.

With Peterson's insights and some additional historical facts, here are four things you need to know about the Inauguration of President Worthen:

1. Inauguration is a Celebration with a Long History

The tradition to hold an inauguration for a new president originates from universities in medieval Europe. Just like today, the ancient ceremony signaled a rite of passage as the new president assumed the prominent leadership role. In the United States, the tradition of university inaugurations was cemented in the 17th century by the nation's nine colonial colleges, including Harvard, Yale and Columbia.

According to Peterson, the installation ceremony could be the most important event you'll attend at BYU.

"The installation of a new president is a celebration of the institution and the office of the president," Peterson said. "It’s a celebration of the existence and the history of a university and what it’s accomplished, and it's a time to look forward to its future. Regardless of what has been accomplished in the past, there’s always a charge to another president to continue to move the university forward."

In addition to students, faculty and staff, many friends and associates of BYU have been invited to attend Inauguration. Those seated on the stand with President Worthen and President Henry B. Eyring will include former presidents of BYU, members of the BYU administration and leadership, local government leaders, presidents of other Utah universities and members of the BYU Board of Trustees.

According to Peterson, having so many from the greater BYU community gather together is really what makes this a landmark event.

"This is a time when you have the faculty, staff, students, alumni and the larger population, celebrate with the installation of a new president," Peterson said.

3. You Can Learn a Lot from Colors and Symbols

Just like at graduation ceremonies, those on the stand will be wearing the traditional academic regalia of gowns depicting their academic achievements. The attire, while unusual to everyday university life, has its roots in medieval academic tradition. Long ago, students were regarded as clerics while they studied at a university. The scholars dressed the part, donning robes just like the monks who wore them to stay warm in drafty monasteries.

For a little extra credit, read President Worthen’s remarks at BYU’s August 2014 Commencement Exercises where he talks about the history and tradition of academic regalia.

The ceremonial robes have since been modernized with bright colors and varying sleeve lengths as well as caps and hoods. To clue in on an individual's level of education, field or alma mater, Peterson suggests paying special attention to colors and number of bars on the gowns' sleeves.

"The different gowns are designed according to rank and degree, with the doctorate degree being the highest and with that, three bars on the sleeve," he said. "The color of the chevron on the hood signifies the academic field in which the professor studied and the lining inside the hood are the colors of the institution from which they graduated."

In keeping with a trend nationwide in higher education, President Worthen will wear four bars on his sleeves, the highest number awarded, marking the office of the president.

“That‘s a nice touch that isn’t done at every university," Peterson said. "This gesture recognizes the role of the spouse of the president at BYU."

Like the robes, the medallion is also a tradition taken from medieval universities. BYU presidents have all had a medallion engraved with words, mottos, statements or symbols that are personally meaningful to them.

For Worthen, that symbol is Y Mountain.

The Y Mountain theme has been repeated throughout the Inauguration preparations. You might notice that a painting depicting Y Mountain has been prominent in the signage across campus promoting the ceremony.

The painting is fittingly titled "Y Mountain" by artist Robert Barrett, a BYU illustration faculty member. The Law School commissioned the piece in 2012, and it hangs in the lobby of that building (although the painting has been temporarily moved due to construction).

"It's a simple ceremony," Peterson said. "It's almost like a marriage—you just say a few words that make it binding. But it's probably the most significant event at BYU of the decade." 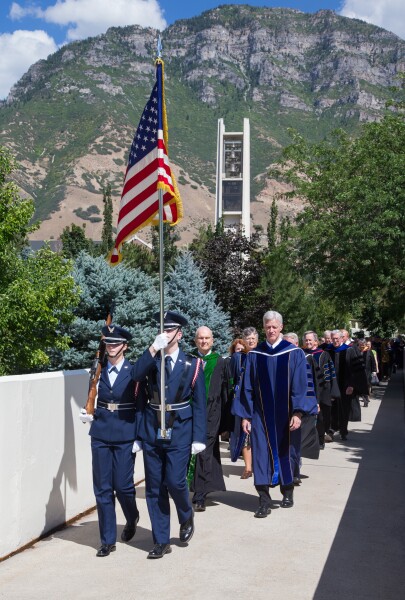 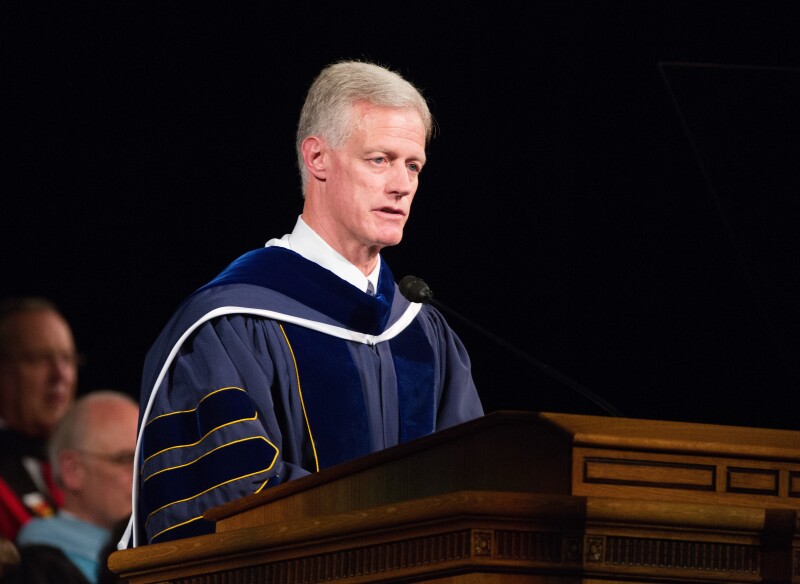 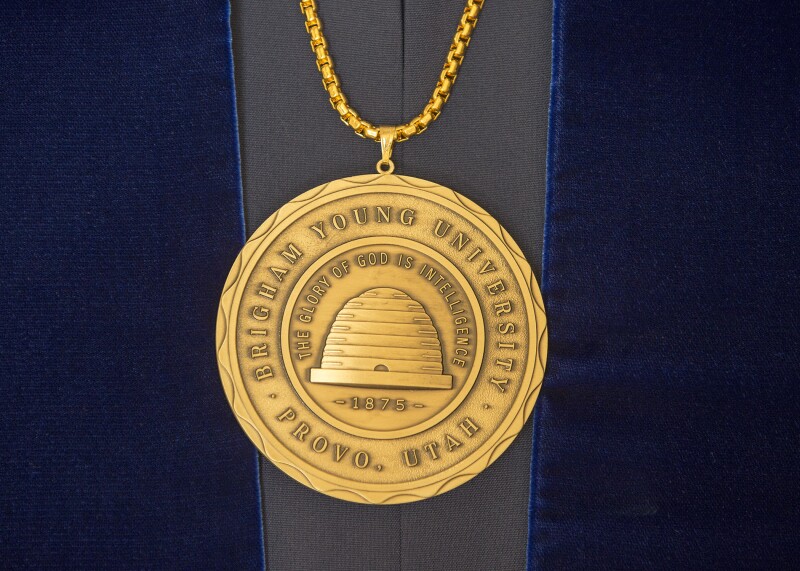 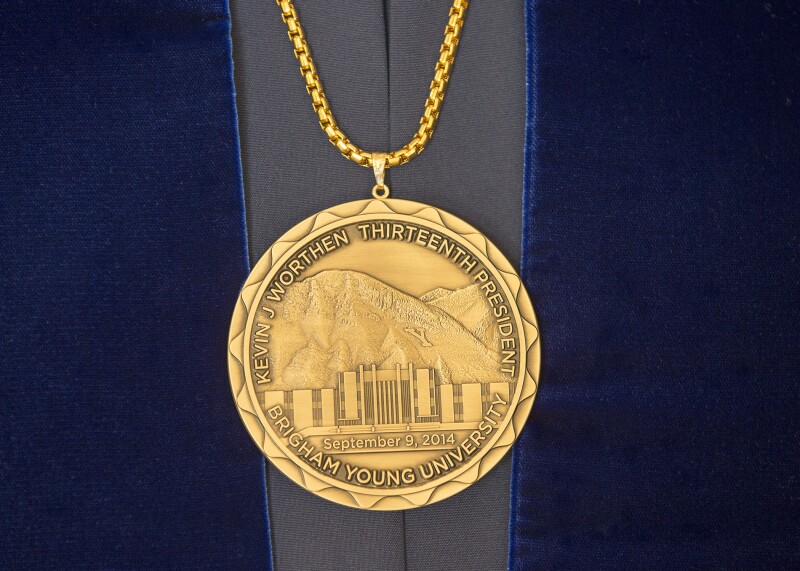 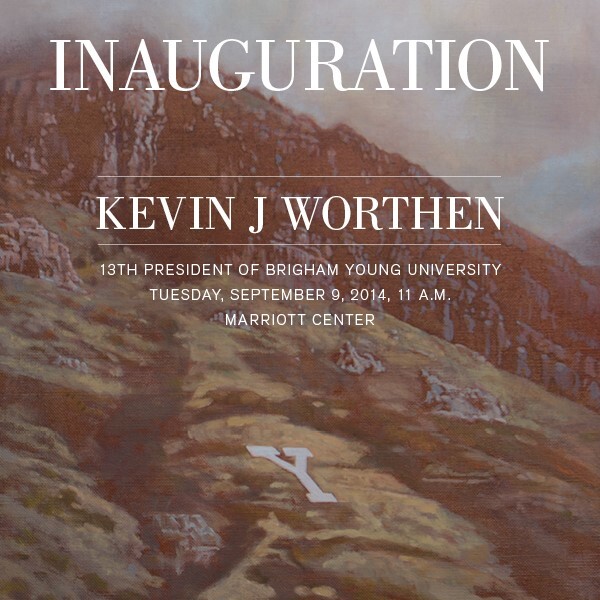 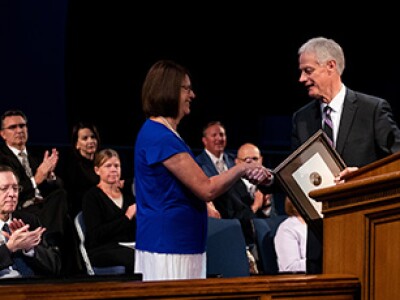 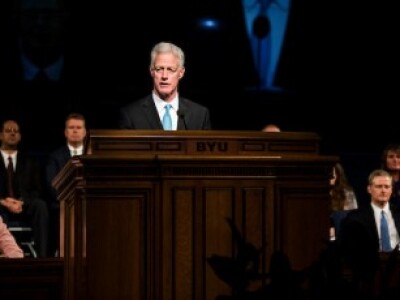 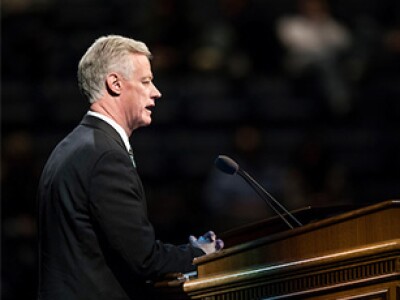