Like most Pioneer Days, many Utahns will come "farth" to watch the parade, gather to enjoy feasts of "carn" on the cob, or attend the rodeo in Spanish "Fark," but this year they can also celebrate their pioneer heritage of language quirks.

"The pioneers brought here an absolutely incredible mixture of dialects, quite a few varieties of English," said Bowie, an assistant professor of linguistics who recently published research on the matter in the journal American Speech. "This varied group came in and settled the language."

On the streets of Salt Lake City in 1880, one would likely run across varieties of English from the British Isles, Canada and 13 American states. With a more thorough search, one could hear accents from every U.S. state and territory except Alaska. The result of such phonetic disarray: Utah English.

As a linguist, Bowie became interested in taking a closer look at the evolution of Utah English. He embarked on the Early Utah English Project using audio recordings of Utahns born between 1850 and 1900 to track language changes over time.

One phonetic peculiarity that arose from the chaos is the merger of the sounds in the words "card" and "cord." A similar merger has been documented in St. Louis, where English-speakers pronounce both card and cord as "cord." Here in Utah, it's the opposite, so you might hear the following hypothetical exchange.

"Were you born in a born?" asked a St. Louis resident.

"No, I was not barn in a barn," answered the Utah English speaker.

Bowie's documentation of the merger of the two sounds shows this distinctively Utah pronunciation was not in full bloom with the original pioneers but caught on rapidly as the people settled.

Occurrences of the merger of the sounds are now becoming less frequent due to a negative stereotype. Bowie, who lives near Spanish Fork, would like to dispel the myth that most folks from Spanish Fork call their town Spanish "Fark." In fact, Bowie said he has personally heard more instances of such pronunciation from Salt Lake residents and he thinks no less of them for it.

By breaking down the types of speech used by his study sample, Bowie concluded that the merger of the sounds in card and cord was not at all scorned even well into the 20th century.

"In scripted formal situations, they would have avoided it if it were stigmatized," Bowie said. "My gut feeling is that it was even a prestige feature at the time."

Another phonetic trait that sets Utah English apart from the rest of the West is its strong Southern flavor in vowel pronunciation. One aspect of Southern vowels which Bowie found to be prevalent in Utah English is called /ai/-monophthongization. An example is when someone asks the time and says with a drawl, "What 'tahm' is it?"

This southern twang was directly imported into Utah with the original English-speaking settlers. Although Virginia, Tennessee and Kentucky did make sizable contributions to the population of the territory, Bowie said a possibly bigger influence was the many pioneer children who picked up the accent along the way in Missouri.

"Utah was settled differently than the rest of the West in that it was settled by entire families," Bowie said. "They brought in children who had been exposed to southern norms. Because kids learn language from peers and not parents, it shouldn't be surprising that Utah English has Southern aspects."

Mass migrations of people outside their existing dialect region provide a great opportunity to study how new language varieties are formed. But because standard spelling in written accounts masks phonetic differences and audio recording technology arrived too late for most such cases, the Early Utah English Project is one of only a few studies of its kind.

The sample for Bowie's card-cord merger study came from recordings of meetings of the Church of Jesus Christ of Latter-day Saints, but he noted other recordings from the first generation of Utahns have recently become more accessible through the efforts of the Utah Oral History Consortium.

The methods Bowie developed for this project can help other linguists studying changes in major urban dialects, which have been shown to be diverging surprisingly quickly. Bowie attributes the accelerated divergence of regional varieties of English to social upheaval.

"Many linguists believe the increasing change in language could be our rebellion to the Wal-Martization, or homogenization, of society," Bowie said. "We may all buy the same stuff, eat the same food, watch the same shows, but when you hear me talk, you know where I'm from."

Happy twenty-farth of July, y'all. 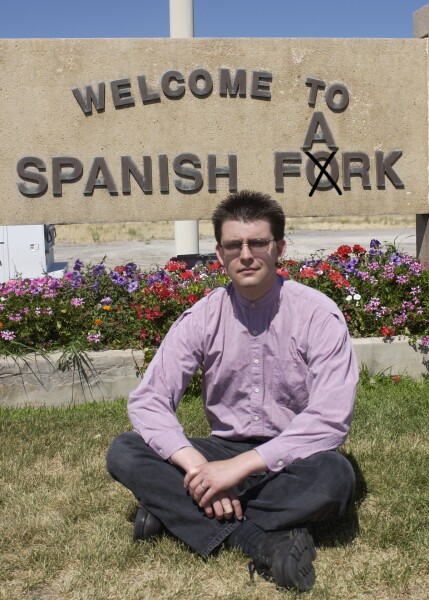 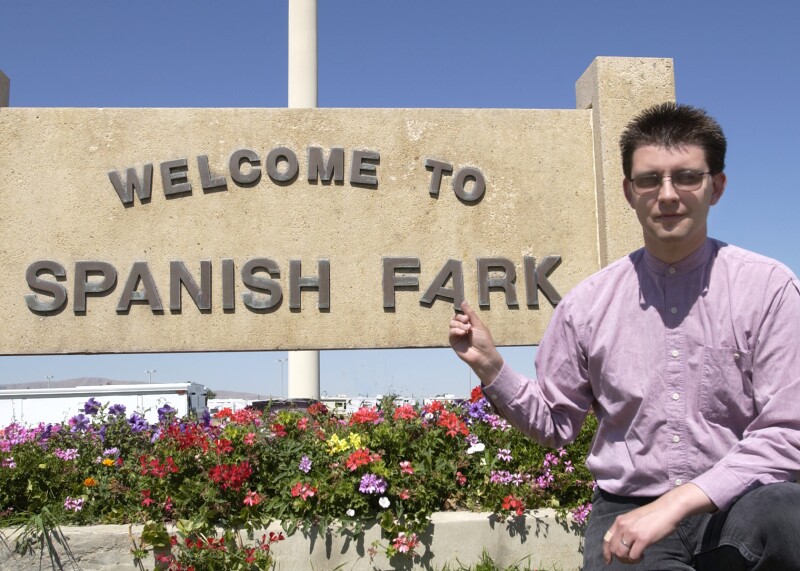 3 of 3
spanish fork1.jpg
Mark A. Philbrick/BYU Photo
1 of 3
Download this Gallery By clicking this link you agree to our Terms & Conditions
Related Articles
data-content-type="article"