Brian Jensen, an assistant professor in Brigham Young University’s Mechanical Engineering Department, was honored with the 2010 Educator of the Year Award by the Utah Engineers Council.

Jensen was first nominated by his students in the student chapter of the American Society of Mechanical Engineers. The nomination was then presented at the annual Utah Engineers Council Engineers Week at the Clark Planetarium in Salt Lake City. Nominations came from all 14 different engineering societies in the state.

“I am tremendously honored that the students honored me,” Jensen said. “That’s the biggest deal to me. I was extremely happy about that and love working with them.”

Jensen has been teaching at BYU since 2005. Previous to his teaching career, he received his master’s degree in electrical engineering and his doctorate in mechanical engineering from the University of Michigan. After that, he spent time as a micro-mechanism designer at Sandia National Laboratories.

“We’re really excited that he got the award. He really deserves it,” said Jenny Pate, vice president of BYU’s ASME chapter. “Dr. Jensen connects very well with the students. He makes an effort to get to know all of their names. Engineering can sometimes be intimidating, but he’s very approachable. He’s very responsive and willing to talk to you when you go to his office.”

Nominees for the Educator of the Year Award were judged on their teaching accomplishments, quality of publications, educational background, whether they held patents and letters of recommendation.

Jensen has spent one-on-one time with many students. As a coach for several capstone teams, he’s guided students’ endeavors to create solutions to clients’ needs and wants.

Jensen holds seven patents for his work in micro-electromechanical systems. He is currently conducting research with Larry Howell and microbiology professor Sandra Burnett on a mechanism that would inject DNA with micro-scale needles that could be used for transdermal drug administration. 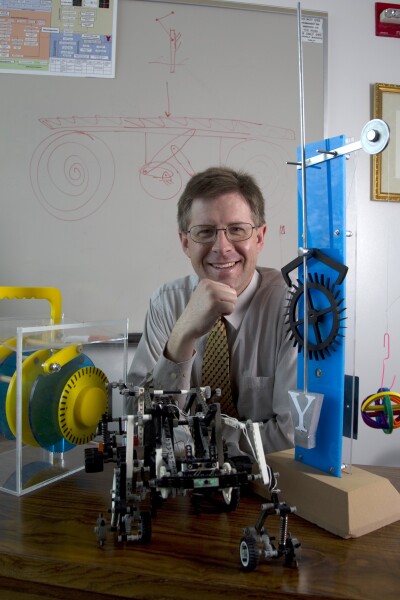 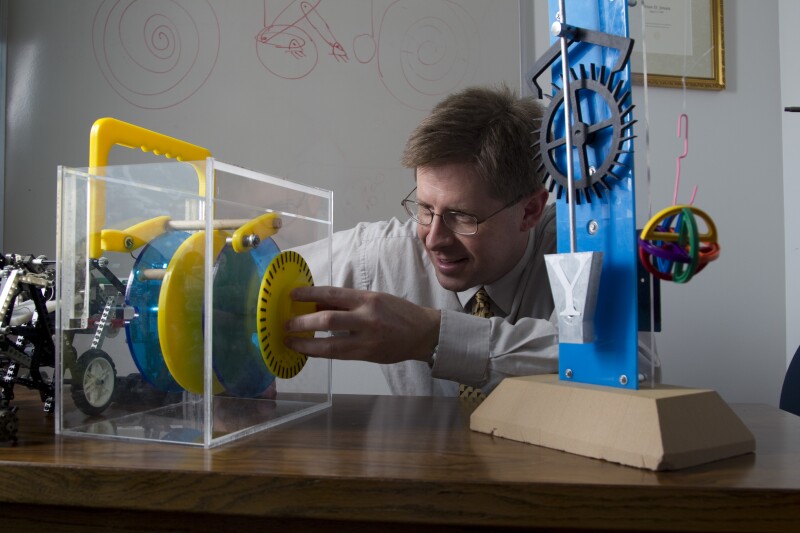 2 of 2
1001-46 28.jpg
Mark A. Philbrick/BYU Photo
1 of 2
Download this Gallery By clicking this link you agree to our Terms & Conditions
Related Articles
data-content-type="article"