Got a “little crush” on someone this Valentine’s Day? Maybe you’ve been hit by a little arrow belonging to this cupid made from carbon nanotubes by Brigham Young University physics students.

You don’t have to be a science lover to be amazed at how they build on such a small scale. First, they put a pattern of microscopic iron “seeds” onto a plate. A blast of heated gas causes a miniature forest of carbon nanotubes to spring up. Each nanotube measures about 20 atoms across and is 99 percent air.

And while love is in the air, both love and the nano-cupid are fragile.

“It’s a really fragile structure at this point – blowing on it or touching it would destroy it,” said BYU physics professor Robert Davis.

To strengthen both the cupid and other micro-machines, Davis and his colleague Richard Vanfleet coat the nanostructures with metals and other materials. That opens the door to all kinds of uses.

For example, the researchers can design and produce filters with higher precision than other methods. Their process makes equally-sized holes that are about one-tenth the circumference of a human hair. And unlike other micro-filters, the holes are evenly spaced throughout the filter.

“One application is in the area of compressed gases like oxygen in the areas of health care, mining operations or scuba diving,” Davis said. “Compressed gas systems can generate particles that need to be filtered out.”

Lawrence Barrett, a junior studying physics, recently took the concept to a business plan competition and was crowned Utah’s “Innovation Idol.” His winning presentation almost didn’t get off the ground. Barrett first learned about the competition just 48 hours before the entry deadline.

“I worked on the proposal through the night and Dr. Davis edited it for me on a Saturday,” Barrett said.

That level of mentoring is what convinced Barrett to become a physics major during his freshman year. Several faculty and students recruited him to join their research groups. Initially Lawrence worked on a different team that builds electronic circuits using DNA. After his Church mission he switched from circuitry to micro-machines.

“The funnest part of this project is that what we do, our angle of solving micro-mechanical problems, is so different than what anyone else has done,” Barrett said. “We’re not just making small improvements.”

The researchers’ work has appeared in the Journal of Micromechanics and Microengineering, Journal of Chromatography A, Advanced Functional Materials and the Journal of Microelectromechanical Systems. While BYU has licensed the technology for use in the chemical separation industry, they are now looking for strategic partners in the field of filtration.

See more of their work at nano.byu.edu. 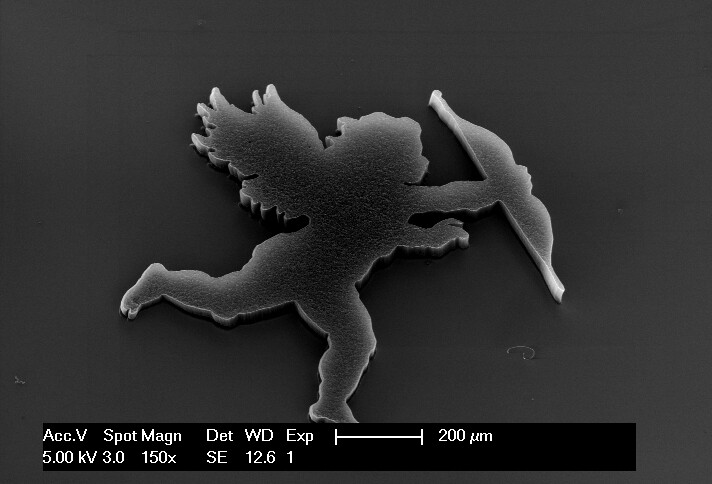 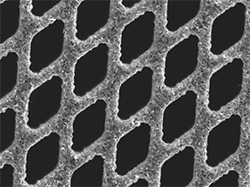 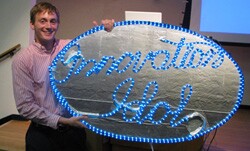 5 of 5
sidebar1[1].jpg
College of Physical & Mathematical Sciences
1 of 5
Download this Gallery By clicking this link you agree to our Terms & Conditions
Media Contact: Joe Hadfield
Related Articles
data-content-type="article"