Now the airplane giant has turned to a team of senior engineering students in BYU's Capstone Program to make the 777 building system even more efficient. That team has responded by creating an assembly line device that could increase both speed and safety along the line.

During construction, Boeing 777s, or "Triple Sevens," move along the assembly line on a giant tractor-like machine called a crawler that moves several inches each hour. Employees work on and around the plane on freestanding work stands, which must be attached to the crawler so they can be pulled along the line. Currently, these work stands are connected to the crawler by a worker who stands in a dangerous spot between the two and manually inserts a large steel pin.

The BYU team designed a mechanism that will allow the work stands to connect automatically with the crawler, eliminating the manual attaching process.

Team member Michael Lundwall said a second goal of their auto coupling device is to speed up the process of attaching and removing the stands.

"We think this could be a major time saving device for Boeing," Lundwall said.

Students believe their design will help Boeing get closer to the company's goal of decreasing assembly time from six days to three days on the 777. Airline customers have ordered nearly 1,100 "Triple Sevens" since it first began production in the early 1990s.

The Boeing student team is one of 27 teams in this year's Capstone, a two-semester educational program that enables cross-functional student teams to work on real, industry-sponsored projects. Students come from mechanical engineering, manufacturing engineering technology, electrical engineering and industrial design. Each team is assigned a faculty coach and works closely with a liaison engineer from the sponsoring company. 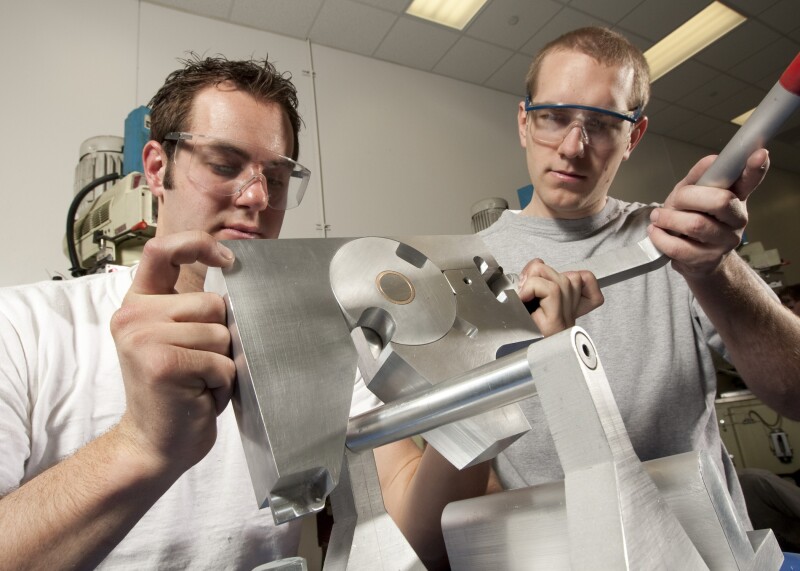 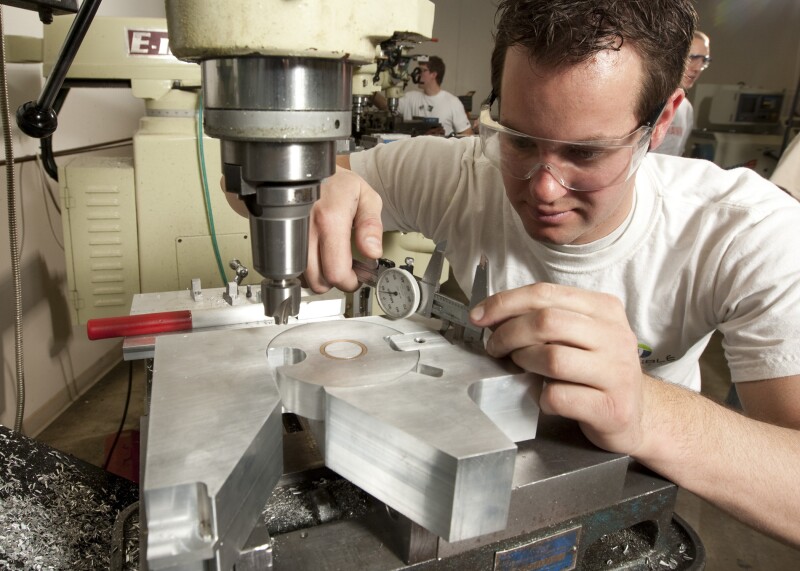 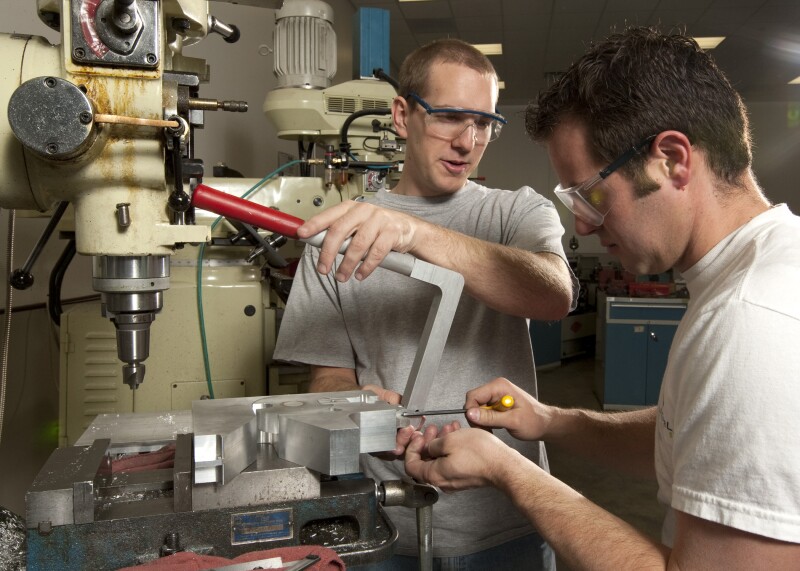 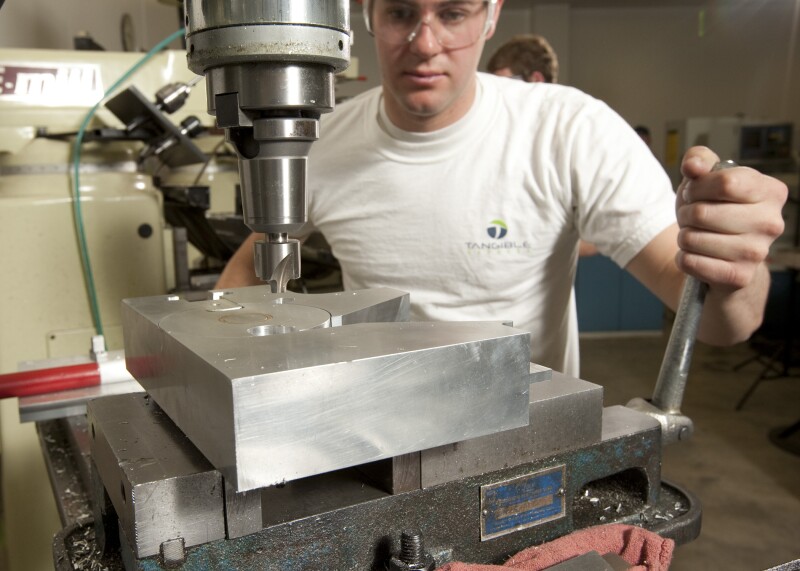 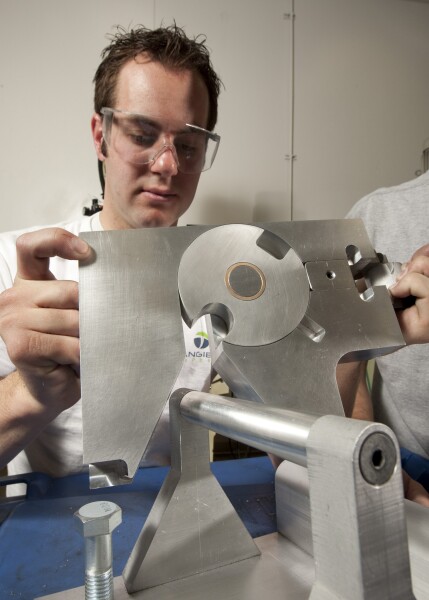 5 of 5
0903-51063.jpg
Mark A. Philbrick/BYU Photo
1 of 5
Download this Gallery By clicking this link you agree to our Terms & Conditions
Media Contact: Todd Hollingshead
Related Articles
data-content-type="article"