From choir singing to singing in the shower, technique produces results

Looking for a few quick tips to help you better belt out Rudolph the Red-Nosed Reindeer during this year’s Christmas caroling? BYU music professor Arden Hopkin has just the thing for you.
It’s a technique Hopkin calls vowel equalization, and it helps singers – from seasoned pros to karaoke stars – increase their voice projection while at the same time reducing strain on their vocal cords.

A recent study by Hopkin and BYU professor Christopher Dromey found that when singers are trained in vowel equalization, even for only a few minutes, they immediately produce better results.

All of which could come in handy for holiday singers, especially if they’re trying to impress a special someone with their mastery of Jingle Bells.

“The concept applies primarily to singers who seek an even quality in their voice while moving from vowel to vowel and from pitch to pitch,” Hopkin said. “The end result is that the voice carries without extra effort, and consequently, the voice lasts longer before you get tired.”

To execute a round of vowel equalization, one quickly alternates between near and distant vowel sounds, which, Hopkin says, forces the tongue to find the most efficient movement between vowels.

For example, a person alternates quickly from the [i] sound in pizza to the [u] sound in Utah. The exercise will sound a little funny, but should produce an EE-YOU-EE-YOU-EE-YOU sound. After doing this for a few seconds, the vibrations in the mouth, which have vacillated from front to back, will stabilize somewhere in the middle. When that happens, you have successfully equalized those vowels.

In Hopkin’s study, published in the current issue of the Journal of Voice, singers were asked to sing “Somewhere Over the Rainbow” both before and after vowel equalization training. Results of the study showed that after only 15 minutes of training, the singers’ recorded performances showed more consistent tone quality across vowels and greater ease of production.

What’s more, Hopkin said the results of the technique are not limited to singers.

“By extension, it can apply to all speakers, too – especially those who use their voice constantly as part of their professional work,” Hopkin said, singling out school teachers, radio announcers, politicians and motivational speakers. “By finding a more efficient way to form vowels, these people can reduce strain on their voices, increase projection and broaden the range of their speaking inflection.”

Hopkin said Bill Clinton is an example of a speaker who could have used vowel equalization.

“He has a terrible voice usage, so out on the campaign trail, he was always hoarse. He was always worn out,” Hopkin said.

Dromey, a communication disorders professor in the McKay School of Education, has teamed up with Hopkin on a number of voice studies over the last decade.

Dromey's expertise is in speech and voice disorders, and executed the technical measurement element of the study with recording equipment and acoustical measurement software.

“We were able to use our software to see if the vowel equalization sessions really were effective,” Dromey said. “This study demonstrated that what Arden is doing is not just a figment of a professor’s imagination. We found some pretty clear results. It was quite a robust effect.”

So whether you’re starring at a holiday karaoke party, Christmas caroling or singing in a church choir this December, try a little vowel equalization and see just how much more your Jingle Bells rock. 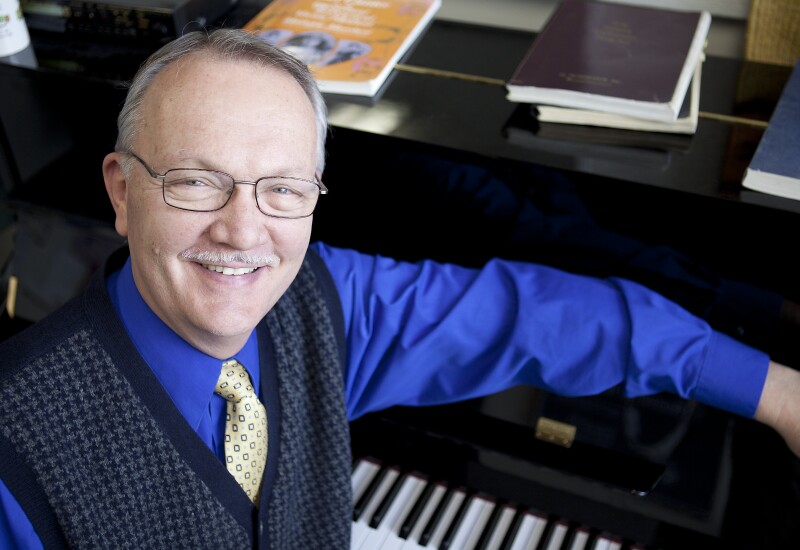 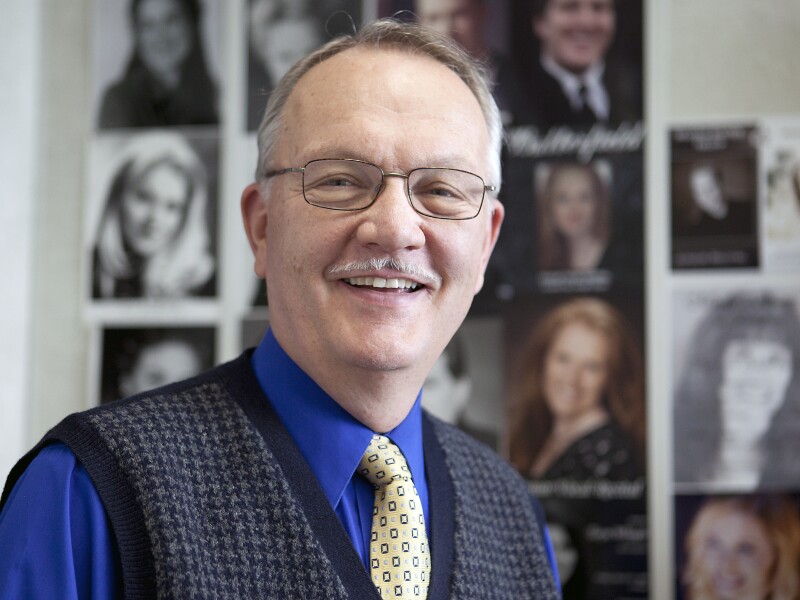 2 of 2
hopkin2.jpg
Jonathan Hardy/BYU Photo
1 of 2
Download this Gallery By clicking this link you agree to our Terms & Conditions
Media Contact: Todd Hollingshead
Related Articles
data-content-type="article"