"She Wore a Yellow Ribbon" screened at BYU Feb. 27

Western movie icon John Wayne will ride across the screen in John Ford's Technicolor classic "She Wore a Yellow Ribbon" on Thursday (Feb. 27) at 7 p.m. in the Harold B. Lee Library Auditorium at Brigham Young University.

The showing is part of the on-going Special Collection Motion Picture Archives Film Series co-sponsored by the Friends of the Lee Library and Dennis and Linda Gibson. Doors will open at 6:30 p.m., and admission is free to those eight years of age and older.

The screen is also the opening event in the "Building Bridges With Folklore Archives" conference at BYU Feb. 27-March 1. Just prior to the screening, James V. D'Arc, film series director and curator of the Motion Picture Archives, will discuss "The Land and the West: A Case of 'Myth-taken' Identity."

"She Wore a Yellow Ribbon" was filmed entirely in Utah's spectacular Monument Valley in the summer of 1949.

The film copy is from the collection of the film's co-producer Merian C. Cooper, now housed at the Lee Library.

"This print is a rare dye-transfer Technicolor copy," said D'Arc. "The colors are vivid and stable, even though the print was struck nearly 50 years ago. This is a wonderful opportunity to see such a beautiful copy on the big screen."

Under the direction of the legendary John Ford, the film tells the story of Captain Nathan Brittles, played by John Wayne, who, before retiring from a long career in the U.S. Cavalry, goes on a last mission to negotiate a peace with warring Indian tribes.

"She Wore a Yellow Ribbon" was the one of several films shot in Monument Valley by Ford, including the 1939 classic western "Stagecoach" and "My Darling Clementine" in 1946.

"She Wore a Yellow Ribbon" screened at BYU Feb. 27 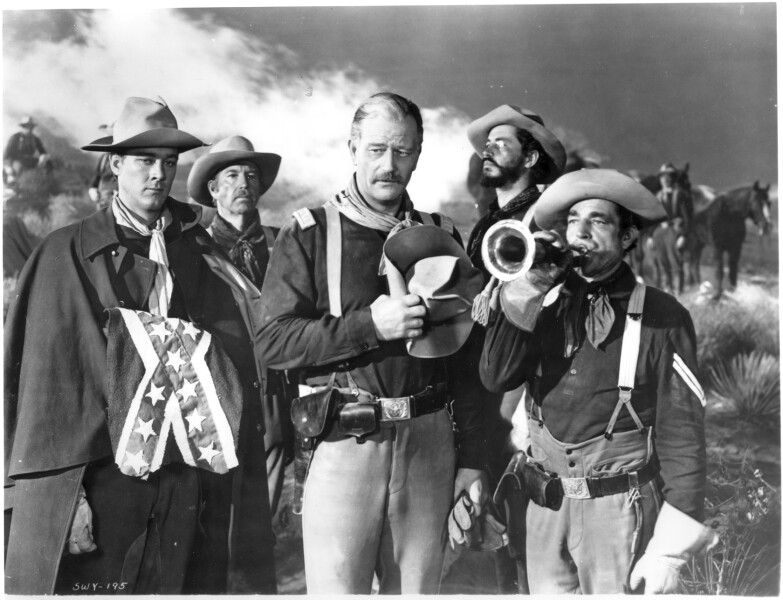 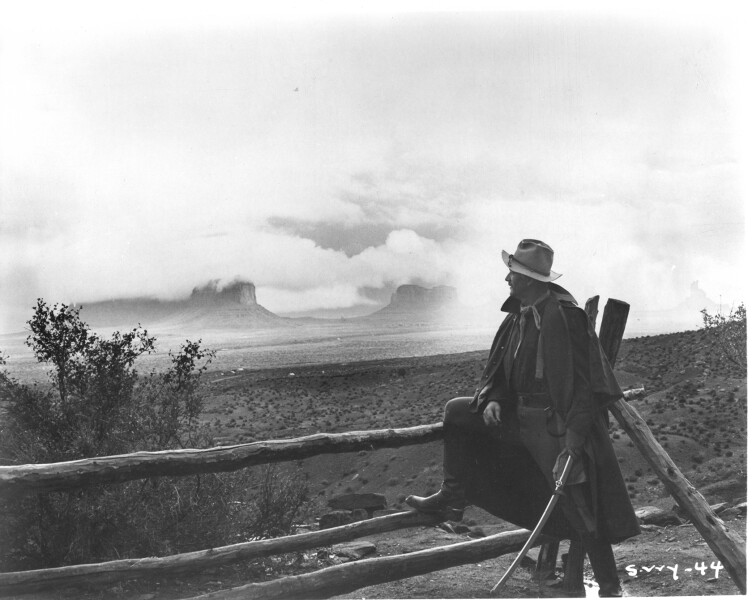 3 of 3
Yellow2-s.jpg
Mark A. Philbrick/BYU Photo
1 of 3
Download this Gallery By clicking this link you agree to our Terms & Conditions
Related Articles
data-content-type="article"